It's expensive, but worth it for video producers.
D. Hardawar|12.25.17
@devindra

There are plenty of portable audio recorders and microphones on the market, but Mikme goes a step beyond all of them. It's a compact wireless microphone that synchronizes with an iPhone app, allowing you to make quick mobile videos with high-quality sound. The only problem: It costs $500. That puts it out of reach for normal consumers, but it might be worth it for vloggers and people who need to make professional-sounding videos on the fly. And if you really care about audio quality, you're probably used to paying a premium for specialized gear.

Mikme certainly feels premium, with its sturdy metal case and light weight. Inside its mesh housing, you can see its heart and soul: a 1-inch, gold-plated condenser capsule. That's in the same territory as expensive large diaphragm microphones, which are typically well suited to recording vocals and instruments. Mikme's capsule is also contained in spider suspension, which minimizes extra noise while you hold and walk around with it.

Naturally, it also works as a standalone recorder. It can capture up to 24-bit 96Khz audio on its own, but that quality gets bumped down to 44.1Khz when you're sending it to your phone. That's still CD quality, though, which makes it ideal for web video. Inside, it houses 16GB of storage and a battery that lets you record for three and a half hours. 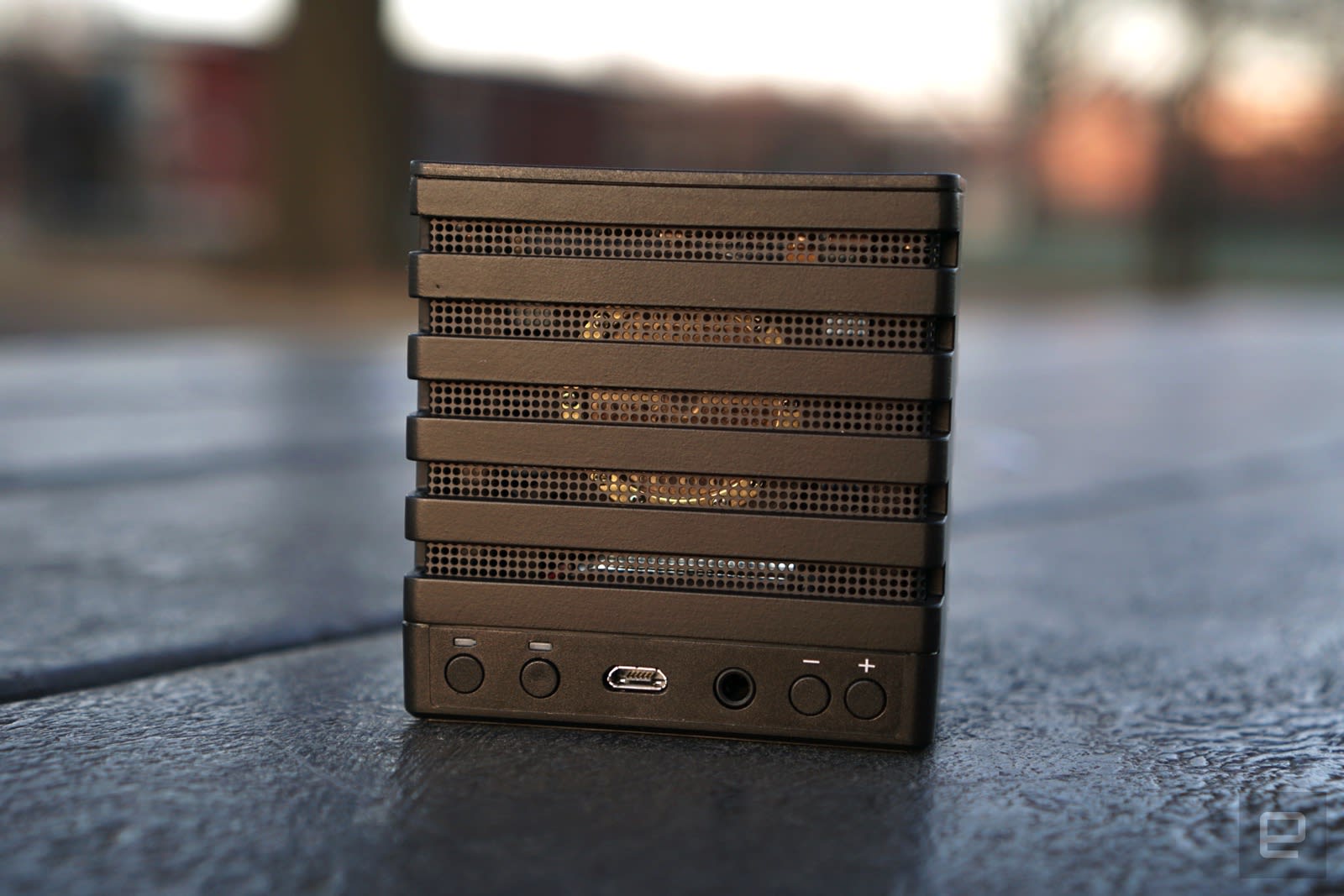 Mikme's interface is relatively simple: Along the back, it has buttons for power and Bluetooth, a micro-USB charging port, a headphone jack for monitoring your recordings, and two buttons to control headphone volume and the microphone's gain. The big button on the top lets you start and stop recordings, as you've probably guessed.

To use Mikme with your iPhone, you first have to connect it as a Bluetooth device. After that, the company's app will automatically recognize it. From there, you can trigger remote audio recordings on your Mikme or synchronize recordings that'll go to both your phone and the device. Then there's the app's most important feature: You can shoot a video using the Mikme as your source microphone. That's pretty straightforward. Just hit record and your phone will start capturing a video as usual, and the MikMe will also start recording. 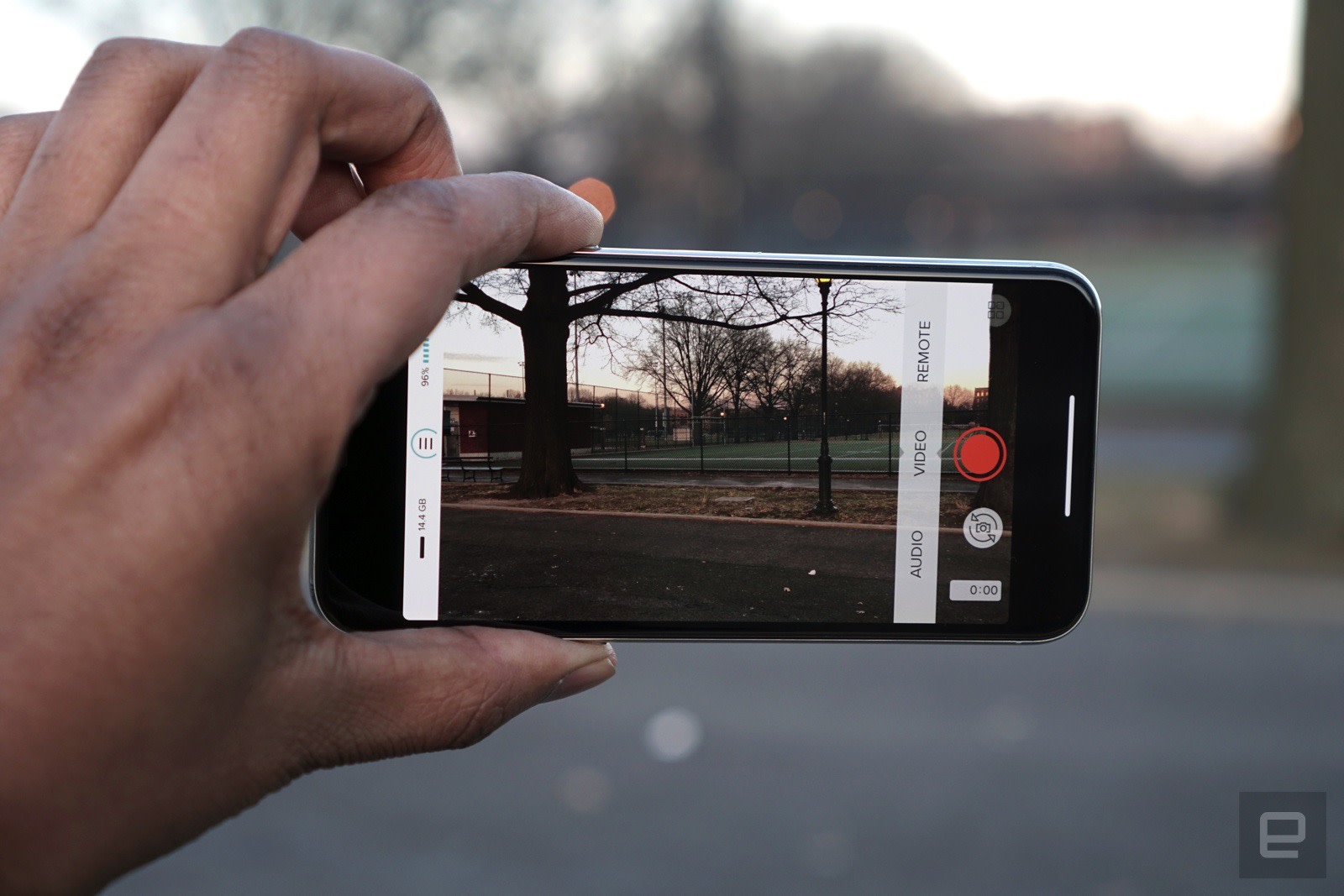 At that point, you're free to walk around with the microphone, and away from your phone. As long as you're in Bluetooth range, everything will stay in sync. Once you're done recording, the app also takes another pass to make sure the video and audio are paired together properly. From there, you can export it to your phone and upload it to your social media platform of choice. In our noisy office kitchen, the MikMe managed to record incredibly clear audio as I walked about, something that my iPhone X could barely manage when I was standing right in front of it.

That, in a nutshell, is Mikme's main selling point. It allows for more freedom when shooting mobile videos, and sound quality unlike anything you'll ever get with your phone. Is it really worth $500, though? For a certain type of user, one who spends a lot of time shooting mobile videos, it's a more convenient option than carrying around an external recorder. Using that method you have to wait until you edit the video on a computer before you upload it. With MikMe, you can get the superior audio track applied instantly.

If you're more concerned with creating a truly professional video, and you don't mind waiting a bit, then a more traditional audio recording setup might make more sense. Realistically, though, Mikme was never meant to replace something like that. It's more focused on giving you quick results without much work. To give us a sense of what's possible, the company also produced several music videos recorded entirely with Mikme. Most viewers would have a hard time telling that the sound came from a tiny wireless microphone.

While Mikme is certainly expensive, its usefulness could be priceless to some. And if it ever comes down in price, it could be essential for aspiring YouTube stars.