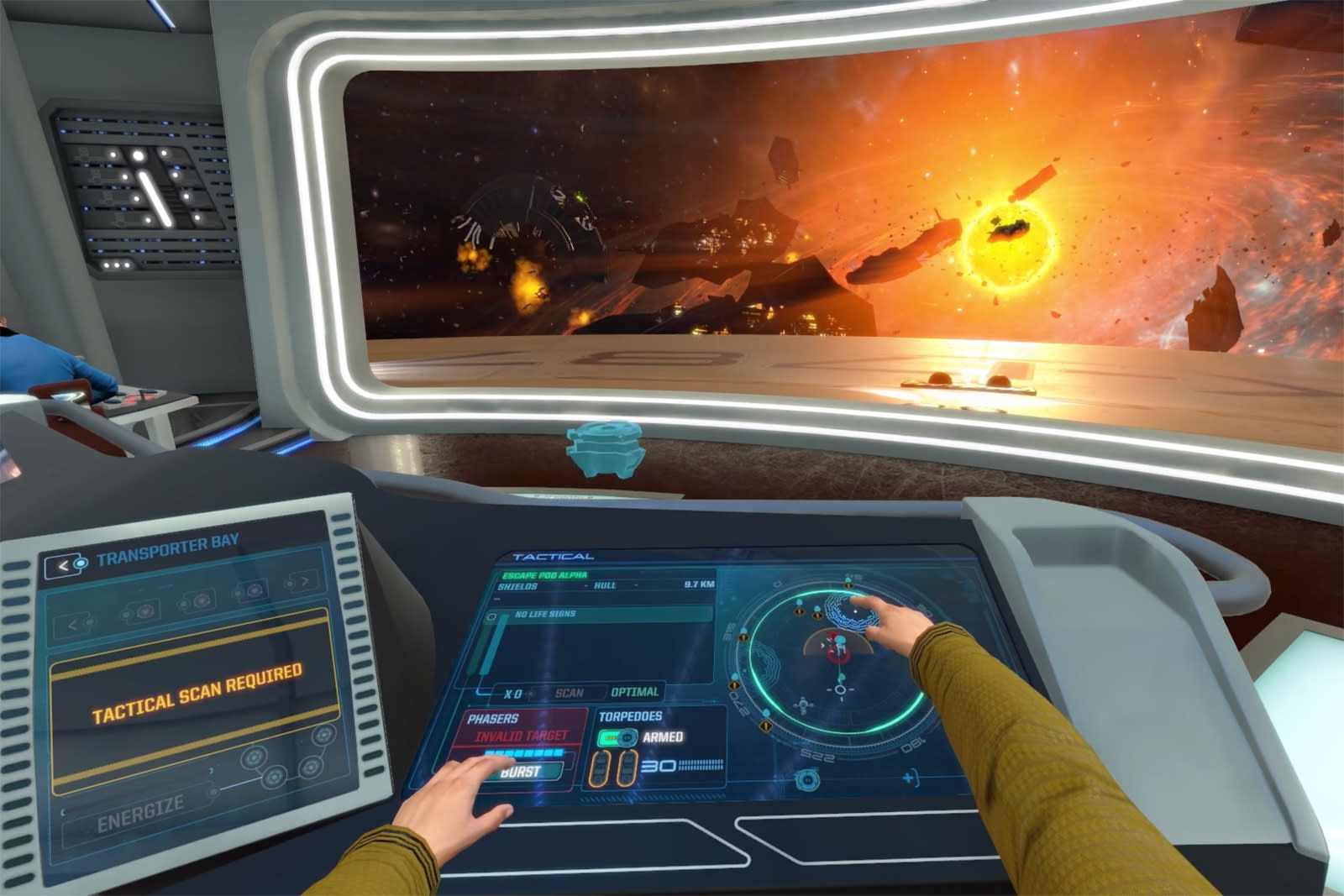 There's no question that Star Trek: Bridge Crew benefits from VR -- it helps fulfill that fantasy of helming a starship. Most people don't have the VR headset you need to play the game, however, which makes gathering a crew rather difficult. Red Storm and Ubisoft's solution? Make the game playable for everyone. It just released a "non-VR" update that makes the game playable for anyone with a PS4 or sufficiently capable PC. You can play with others whether or not they have headsets, and there are even graphical enhancements for non-VR players to take advantage of the lighter processing requirements.

We've seen a few games drop VR requirements before, but this is still an unusual move when many games are adding VR modes. It's not surprising that the developers would branch out, though. While VR headsets are increasingly affordable, there's no question that the majority of gamers don't have them. That makes VR gaming a tough sell, and it's not a very sustainable business. Unless studios can afford to experiment, they may have little choice but to write games for regular players first and tack on VR support as a bonus.

In this article: games, gaming, personal computing, personalcomputing, redstorm, startrek, startrekbridgecrew, video, videogames, virtualreality, vr, wearables, windows, windowsmixedreality
All products recommended by Engadget are selected by our editorial team, independent of our parent company. Some of our stories include affiliate links. If you buy something through one of these links, we may earn an affiliate commission.