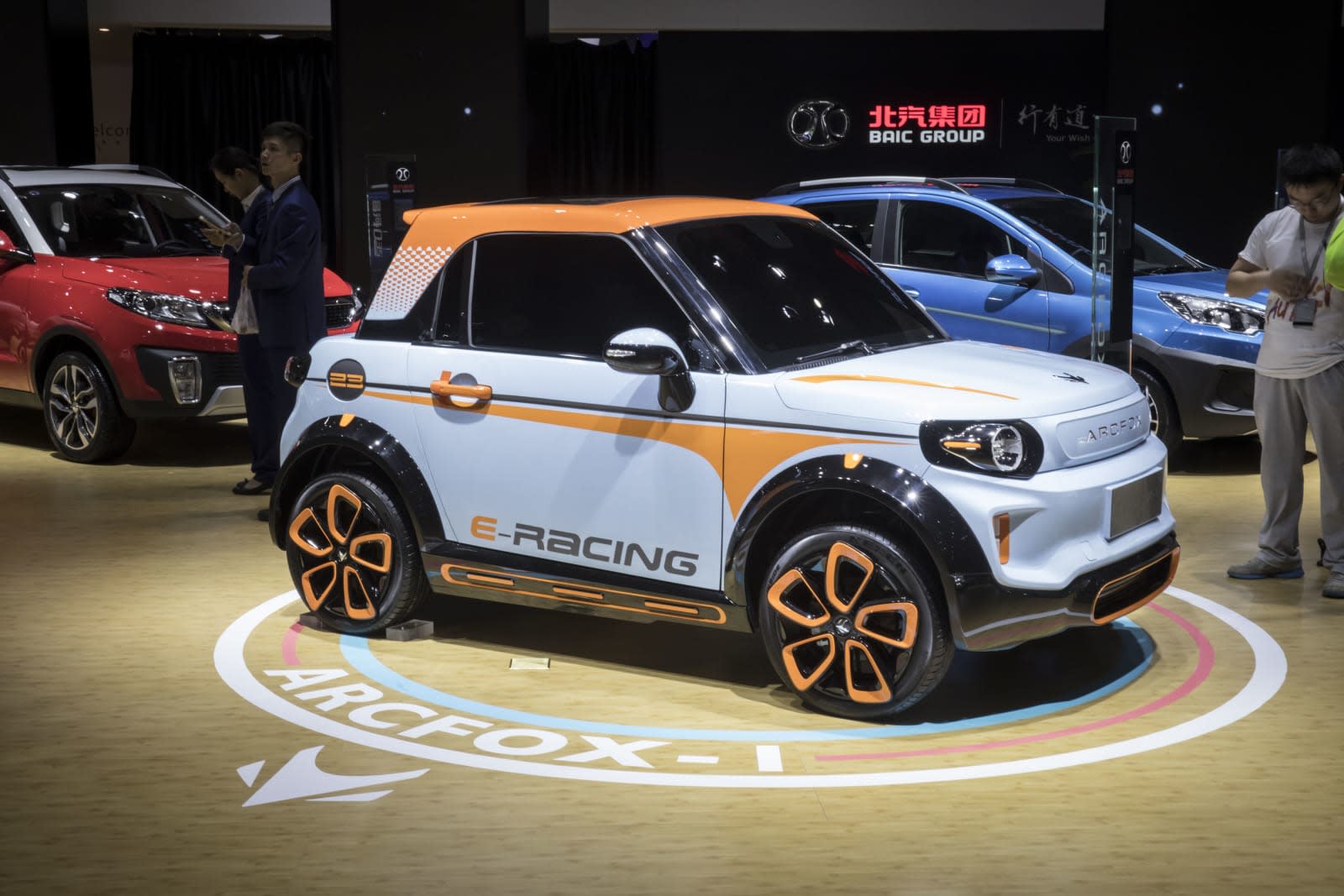 Electric cars had their best year ever in 2017, but the market is still fragile -- without subsidies, prices still aren't cheap enough for the average consumer. The US decided to keep EV tax credits for 2018, much to the relief of EV fans and automakers, and China has announced that it will also extend them until the end of 2020, Reuters reports. The move, confirming previous rumors, will "increase support for innovation and development in new energy vehicles," China's Ministry of Finance said.

China is the world's largest electric car market with sales of 507,000 electric vehicles in 2016 (over half of the EVs sold around the world), and will easily beat that this year. Governments has been trying to curb dangerous pollution by mandating sales of EVs and restricting ICE (internal combustion engine) vehicles in large cities. Beijing, Shanghai and other larger centers account for the bulk of EV sales in the nation, as such cars can enter the cities at any time. China is also weighing an outright ban of ICE vehicles, but unlike countries like France, hasn't set a date yet.

China's is highly protective of its EV market, so you may not be familiar with the best-selling brands like BAIC, JAC and Zhidou (Tesla's Model X is 16th on the list). The best-selling BAIC EC-Series costs around $22,000, so the 10 percent national rebate would save a buyer $2,200 or so.

While foreign manufacturers are mostly shut out of the Chinese market, many plan to come in through the side door via partnerships. Both Mercedes and Toyota said they would team up with local automakers (BAIC, in the case of Mercedes) to build EVs in the nation.

All of this will be to the benefit of the global EV industry. Rebates in China will keep the EV market heated up, stimulating the development of battery and other tech both there and abroad. At the current pace of development, EVs could be cheap enough for regular buyers by the time the rebates expire -- both in the China and the US.

In this article: China, ElectricCar, electricCars, EV, gear, Rebates, Tesla, transportation
All products recommended by Engadget are selected by our editorial team, independent of our parent company. Some of our stories include affiliate links. If you buy something through one of these links, we may earn an affiliate commission.