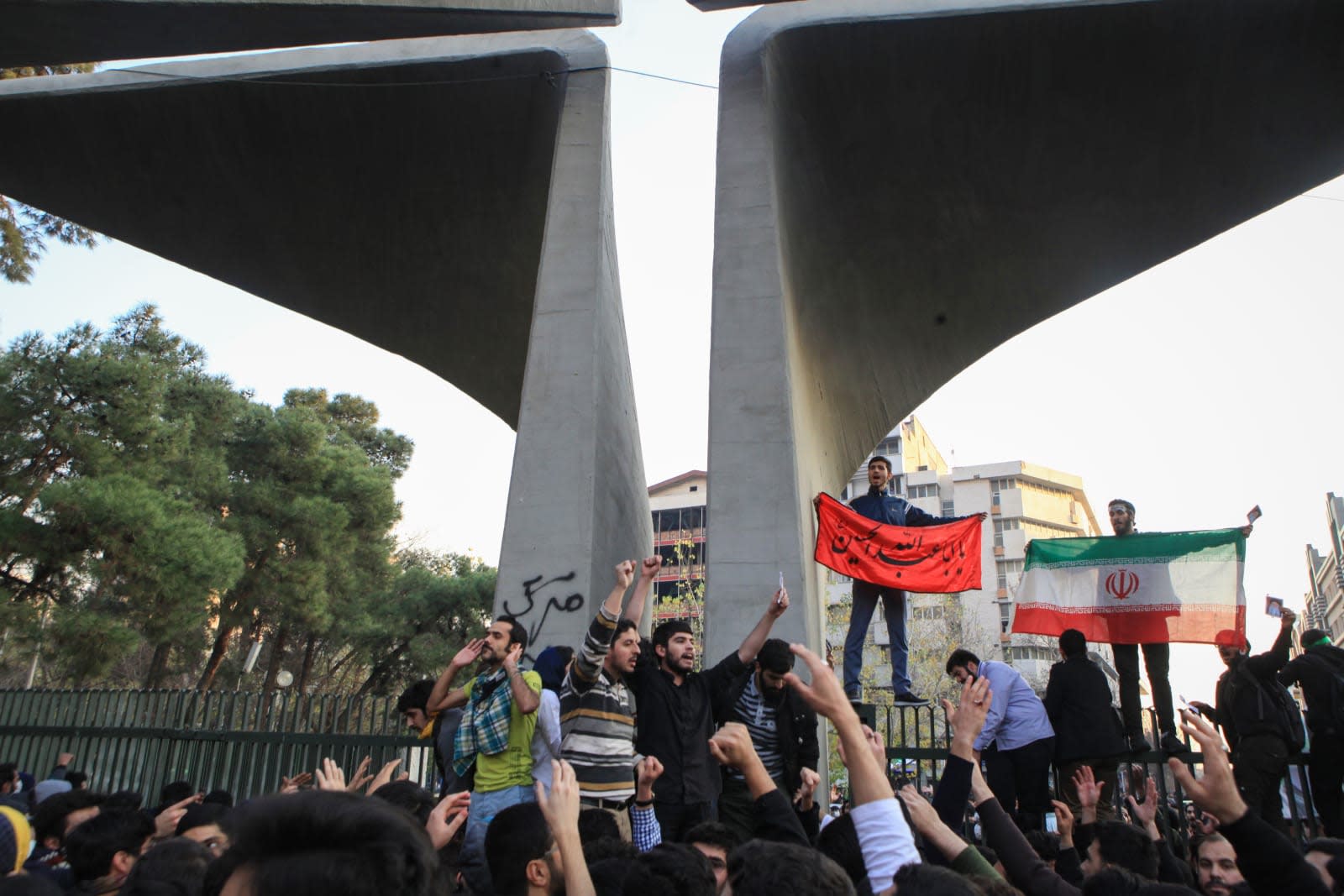 Iran is currently engulfed in demonstrations: many are protesting the clerical leadership, corruption and increasing costs of living, while counter-protestors are trying to protect the regime. And Telegram finds itself caught in the middle. The chat service has suspended the Amadnews channel after it started encouraging subscribers to lob Molotov cocktails at police, breaking the company's policy against calls for violence. The move came after Iran telecoms minister Mohammad-Javad Azari Jahromi complained to company founder Pavel Durov, who said Telegram would have to block the channel if it was promoting violence as claimed.

It's not clear if or when the channel might come back.

The incident highlights the fine line Telegram has to walk. It doesn't want to be seen as supporting an oppressive government, especially one that wants to spy on Telegram users, but it also has to maintain a consistent anti-violence policy. If it's going to ban ISIS, it also has to ban activists that explicitly set out to hurt others, even if it ultimately helps governments silence resistance movements. Durov has been quick to object to complaints from Edward Snowden and other that he was facilitating Iran's crackdown on dissent, noting that "thousands" of Iranian opposition channels are "thriving" on Telegram.

At the same time, this raises questions about just when violence becomes an issue. It's one thing to encourage unprovoked Molotov cocktail attacks, but what if protesters discuss arming themselves knowing that the government will likely be the first to act? Even with fairly minimal policies like Telegram's, that's not always an easy call.

In this article: censorship, chat, freespeech, gear, internet, iran, messaging, politics, protest, telegram
All products recommended by Engadget are selected by our editorial team, independent of our parent company. Some of our stories include affiliate links. If you buy something through one of these links, we may earn an affiliate commission.