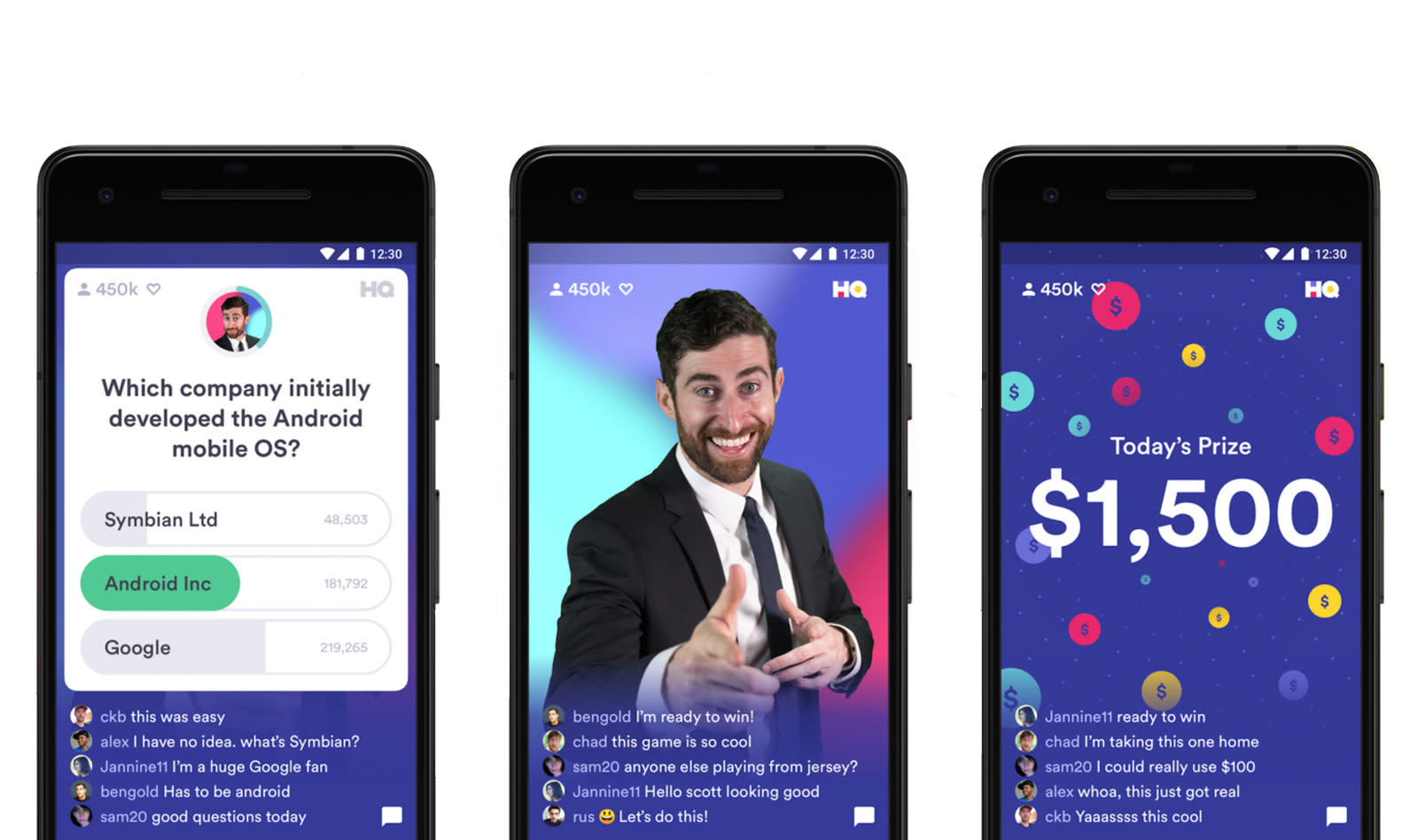 Intermedia Labs' live trivia game HQ has launched a little earlier than expected -- and just in time to mark the end of the year, too. Anyone willing and able to download an early access app can see whether or not the formerly iOS-only title lives up to its reputation. You won't have long to wait before you can give it a shot. HQ is holding a special New Year's Eve game at 11PM Eastern, and there's a chance to win as much as $18,000 if your knowledge is up to snuff.

There's no mention of when a polished version of HQ will reach Android, although Intermedia has been scrambling to fix bugs to get the app ready ahead of its public test.

HQ is ultimately a simple game at its heart: it's an elimination-based challenge where progressively harder questions whittle down the contestant pool from hundreds of thousands to just a handful. The allure is the live, schedule-based nature of gameplay. Instead of interacting with faceless software by yourself, you're participating in a shared experience with a real host (usually fan favorite Scott Rogowsky). And of course, the possibility of winning cash adds real stakes that wouldn't be present if you were simply competing for points or bragging rights. There's no telling whether or not HQ will last once the novelty wears off, but the addition of Android could help its chances.

In this article: android, gaming, gear, hq, intermedialabs, internet, mobile, smartphone, TL18VRL, trivia
All products recommended by Engadget are selected by our editorial team, independent of our parent company. Some of our stories include affiliate links. If you buy something through one of these links, we may earn an affiliate commission.