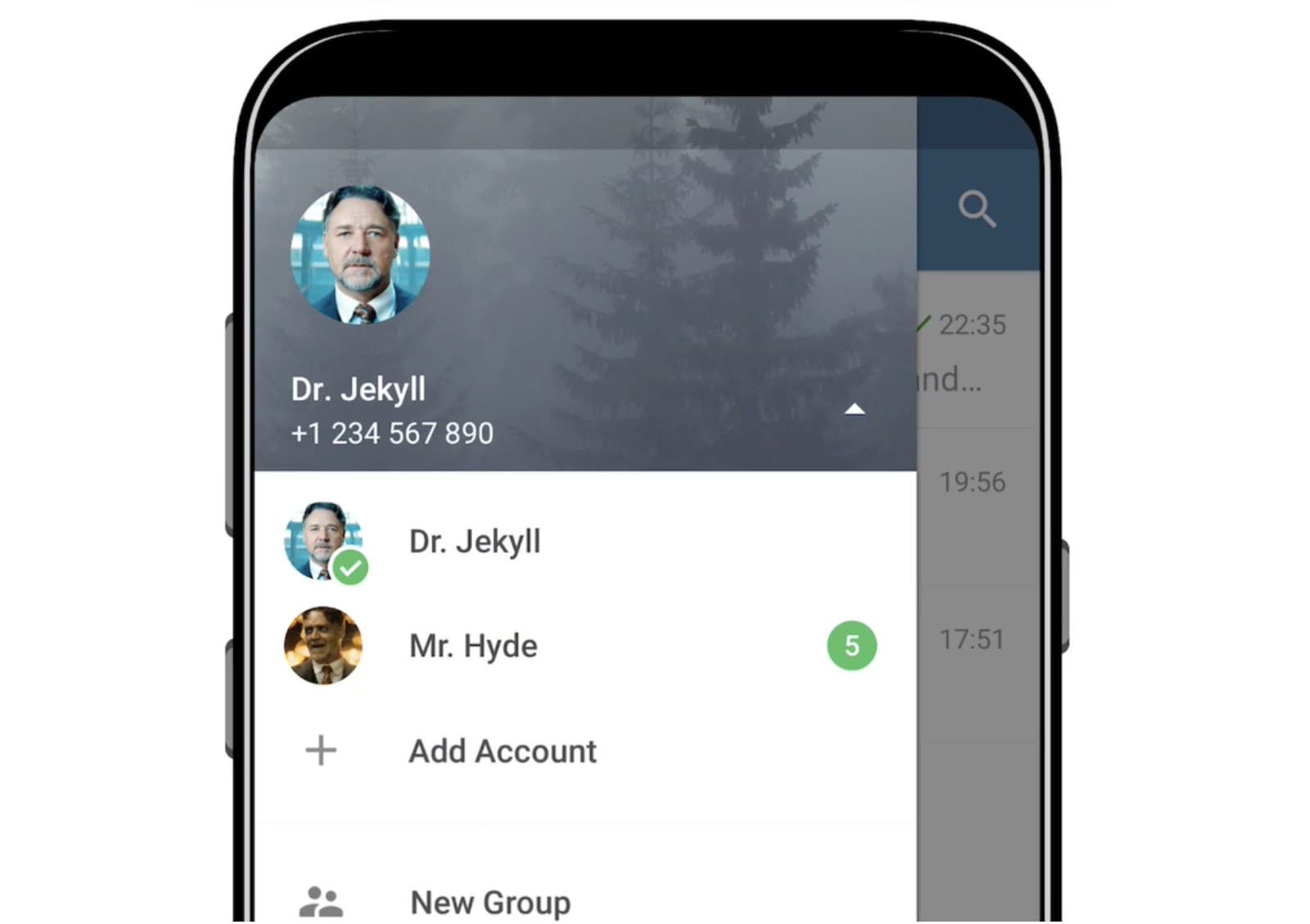 Telegram has been busy parrying government attempts to collect user data over the past year, but it hasn't forgotten its users. It's ushering in 2018 with a handful of offerings you'll likely find helpful if it's your chat app of choice, starting with the ability to support multiple accounts on Android. The latest version of Telegram for the platform supports up to three accounts with different phone numbers. You can quickly switch between them on the side menu, but you'll get notifications for all of them regardless of which one's active.

While the iOS app remains a step behind its Android sibling and still can't support multiple accounts, the company has something for Apple users, as well. Telegram is finally giving you a way to change what your app looks like under the new Appearance setting. The iOS version now has several themes to choose from, including two dark "night time" themes and a "day" theme with colors you can tweak. That's not quite as useful as having support for more than one account, but fingers crossed that themes' arrival on iOS means Android's other features will soon follow.

Unlike the other two in Telegram's update list, both mobile platforms share version 4.7's last new feature: quick replies. You can simply swipe left on a friend's text bubble to write a reply specifically for that part of the conversation, so you can type up multiple responses without confusing yourself and your friend.

In this article: android, app, gear, ios, mobile, telegram
All products recommended by Engadget are selected by our editorial team, independent of our parent company. Some of our stories include affiliate links. If you buy something through one of these links, we may earn an affiliate commission.