In 2014, HP unveiled the original Sprout -- a unique all-in-one with a projector and camera extrusion that turns the surface between you and the display into an interactive space. It was designed for creative professionals and hobbyists, and a later version released in 2016 targeted the classroom. This year, HP has a new Sprout called the Pro G2, which the company says is a completely redesigned device, featuring "a higher resolution projection, more powerful processing, advanced 3D scanning and a more accurate precision active pen for drawing compared to the previous model." Basically, then, the Pro G2 should feel faster, more precise and more realistic than before, which seems to us more like an incremental upgrade than an overhaul.

In fact, the most obvious difference between the new Sprout and its older versions is the black paint job on its display, projector and base, which makes it look more futuristic than its predecessors. The Pro G2 also has a slightly larger 23.8-inch display, up from 23 inches on the older model, as well as a bigger 21.3-inch touchpad that we'll get to in a bit.

At a recent briefing in San Francisco, my West Coast-based colleague Roberto Baldwin had a chance to try out the new Sprout, and he enjoyed using the new pen. He also found the new palm rejection software to be mostly accurate, although it did register the side of his hand once and recorded it as a scribble.

Like the Sprouts before it, the Pro G2 has what HP calls a Touch Mat -- a touchscreen that supports 20 simultaneous touch points so you and a friend can use all of your fingers to draw your digital projects. One of the cooler things the Sprout can do is scan 3D objects that you place on or above the Touch Mat, letting you manipulate the model on either of the displays. You can also place a piece of paper (up to size A3) on the mat and scan that document. The Pro G2 has a camera with the same resolution as before, but it now offers what the company calls "quick 3D Capture Capability" that can read an object that you hold and rotate in front of it. 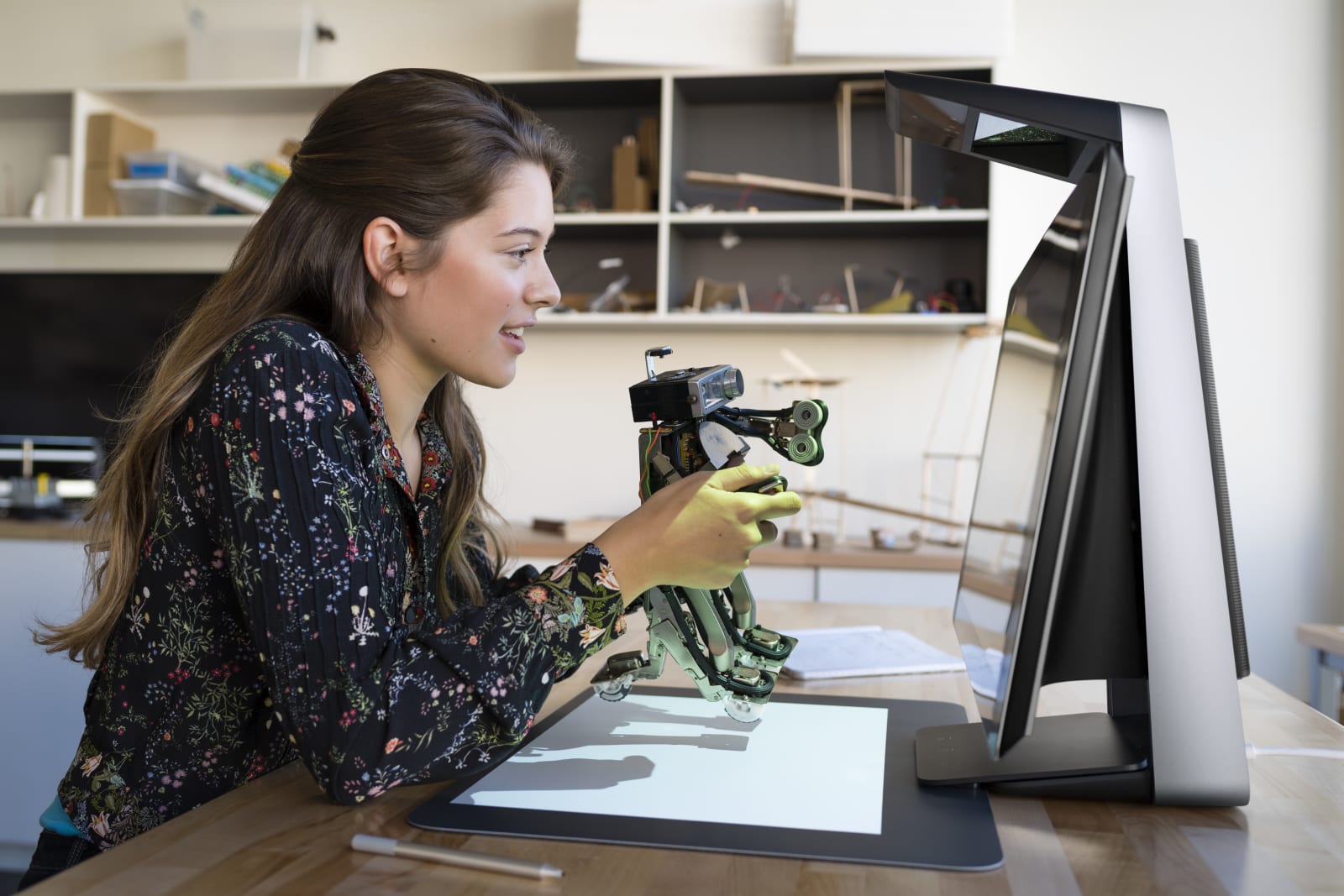 Other updates include a new seventh-generation Intel Core i7 processor, NVIDIA GTX 960M graphics card and a new active stylus -- an upgrade over the old passive one. This improvement is what enabled the pressure sensitivity that Robbie noted. It also allows the Pro G2 to distinguish between input from your hand and from the pen.

All of these hardware tools are nice to have, but if you can't use them with many programs at all, they might as well be rocks. The good news is, HP continues to expand the Sprout library of compatible software, which was previously somewhat limited. This year, the company created a suite of apps called WorkTools that lets users scan and manipulate content in 2D and 3D in an interactive clipboard. Unfortunately, Robbie wasn't able to try out the software during his briefing, so we'll have to wait till we get a deeper dive with the new Sprout to be able to share how well this worked.

The company also released a new Professional SDK that will hopefully spur developers to come up with more ways to use the Sprout's unique interface, potentially making it far more useful. However, HP offered an SDK in 2014, and since then we haven't seen many third-party creators jump on the platform.

HP hasn't shared how much the Sprout Pro G2 will cost and says that information will be available in March. Given that last year's Pro cost $2,199, it's safe to guess the new computer will be at least as expensive as before. For art schools and designer businesses, though, this might be a valuable investment. Click here to catch up on the latest news from CES 2017.
In this article: 3dScanning, AllInOne, AllInOnePc, CES2017, computers, design, desktop, gadgetry, gadgets, gear, hands-on, hp, hpsproutprog2, video
All products recommended by Engadget are selected by our editorial team, independent of our parent company. Some of our stories include affiliate links. If you buy something through one of these links, we may earn an affiliate commission.