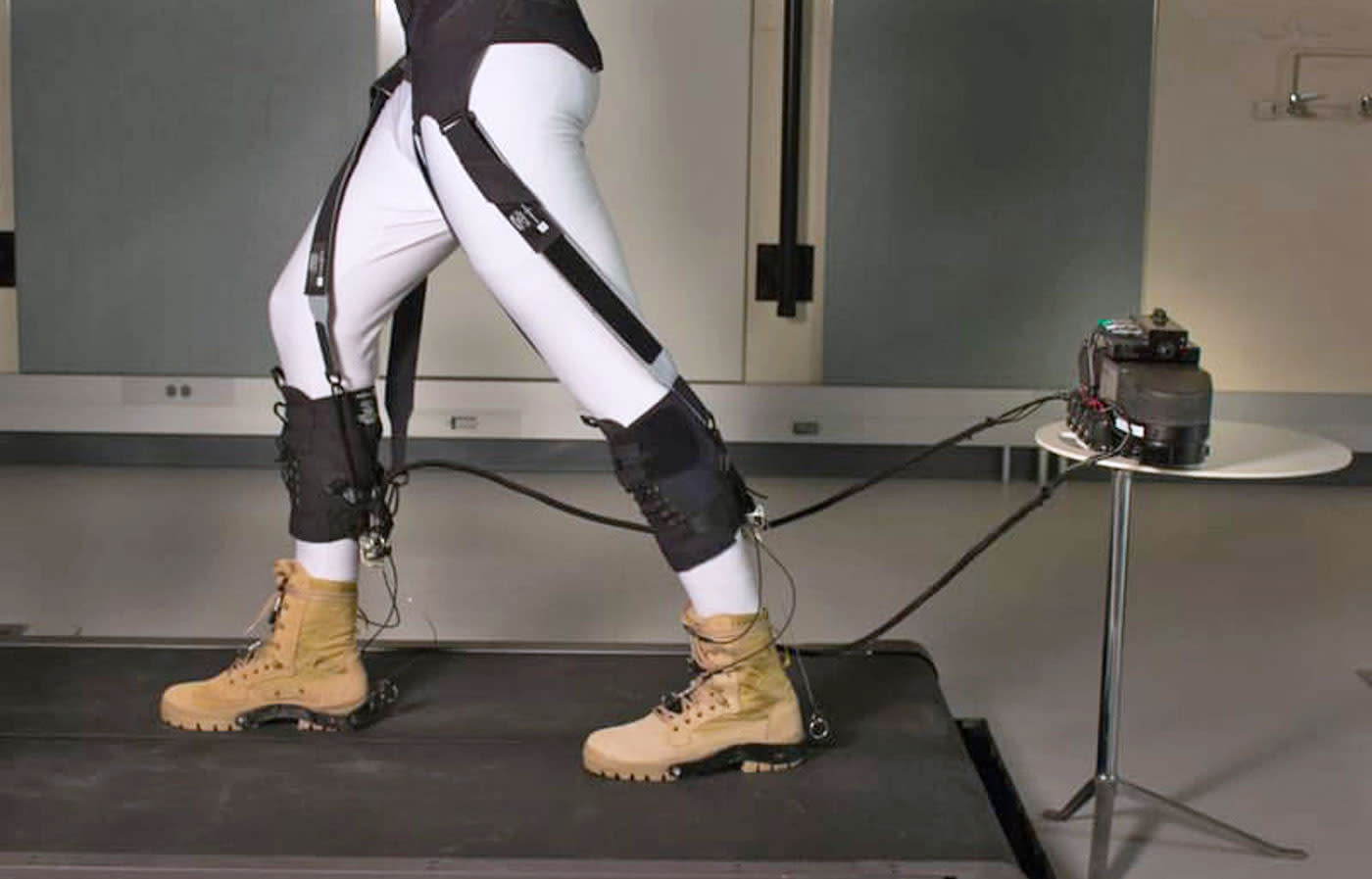 Harvard Wyss Institute researchers have been working on a soft exosuit with DARPA's financial help for years. While they were able to present a proof of concept in 2016, it's only now that they've found out just how much the suit can actually help its wearer. According to a new study published in Science Robotics, Harvard's exosuit reduces the energy a user needs to exert while walking by 23 percent. It does that by providing assistive force to the ankle at the perfect moment when you take another step.

Team leader Conor Walsh said that's the highest percentage of reduction in energy use observed with an exosuit:

"In a test group of seven healthy wearers, we clearly saw that the more assistance provided to the ankle joints, the more energy the wearers could save with a maximum reduction of almost 23% compared to walking with the exosuit powered-off. To our knowledge, this is the highest relative reduction in energy expenditure observed to date with a tethered exoskeleton or exosuit."

Of course, assistive force wouldn't be as helpful without an effective design. As Wired explains, the muscles and tendons from the hip to the knee need to work together in stabilizing the leg to achieve an efficient stride. So the researchers couldn't stop with something that only covers the ankles -- they had to use garters to connect the ankle straps to a hip girdle. The result is the exosuit's current form, which you can see below.

That said, the researchers admit that they need to conduct follow-up tests. For one, they had the subjects offload the exosuit's cable-based actuation, electronics and battery units before conducting the experiment. Those make up an additional 17-plus pounds that would have changed the wearers' situation. Further, they found that the subjects' gaits changed depending on how much assistive force they provided, which was between 10 to 38 percent of the ankle force needed to take a step. They still need to explore the possibility that the reduction in energy is a result of the subjects' change in gait rather than the assistive force itself.

In the future, Harvard's exosuit could help the elderly and patients suffering from Parkinson's, cerebral palsy and other conditions to walk well on their own. As you can guess from that DARPA funding, though, it also has a potential military application: the agency hopes it can help soldiers carry heavy supplies far longer than they'd normally be able to. In this article: darpa, exosuit, gear, harvard, medicine, wearables, WyssInstitute
All products recommended by Engadget are selected by our editorial team, independent of our parent company. Some of our stories include affiliate links. If you buy something through one of these links, we may earn an affiliate commission.