While the Geneva Motor Show is just days away, Peugeot didn't wait for the festivities in Switzerland to debut its latest concept. Instead, the automaker revealed an autonomous car here at Mobile World Congress. Dubbed the Instinct Concept, the vehicle blends self-driving tech, home automation and cloud-based connectivity to define user profiles. The vehicle uses Samsung's ARTIK IoT platform to pull in all of your information from mobile devices, wearables and connected home gear to adapt the best driving or riding experience.

It's not just pulling in the information, either. The car also gives you access to all of those connected devices from the interior of the Instinct Concept. We're talking about temperature information from your Nest, what you like to watch from your smart TV or details from your virtual assistant on a gadget like Amazon Echo.

Speaking of Amazon, a number of other automakers have already enlisted Alexa to power AI inside their vehicles, Peugeot decided instead to go with Samsung's cloud platform to collect all of the info and data science company Sentience analyzes the details for what's relevant to the system. The car has it's own AI that passengers can interact with via spoken cues. 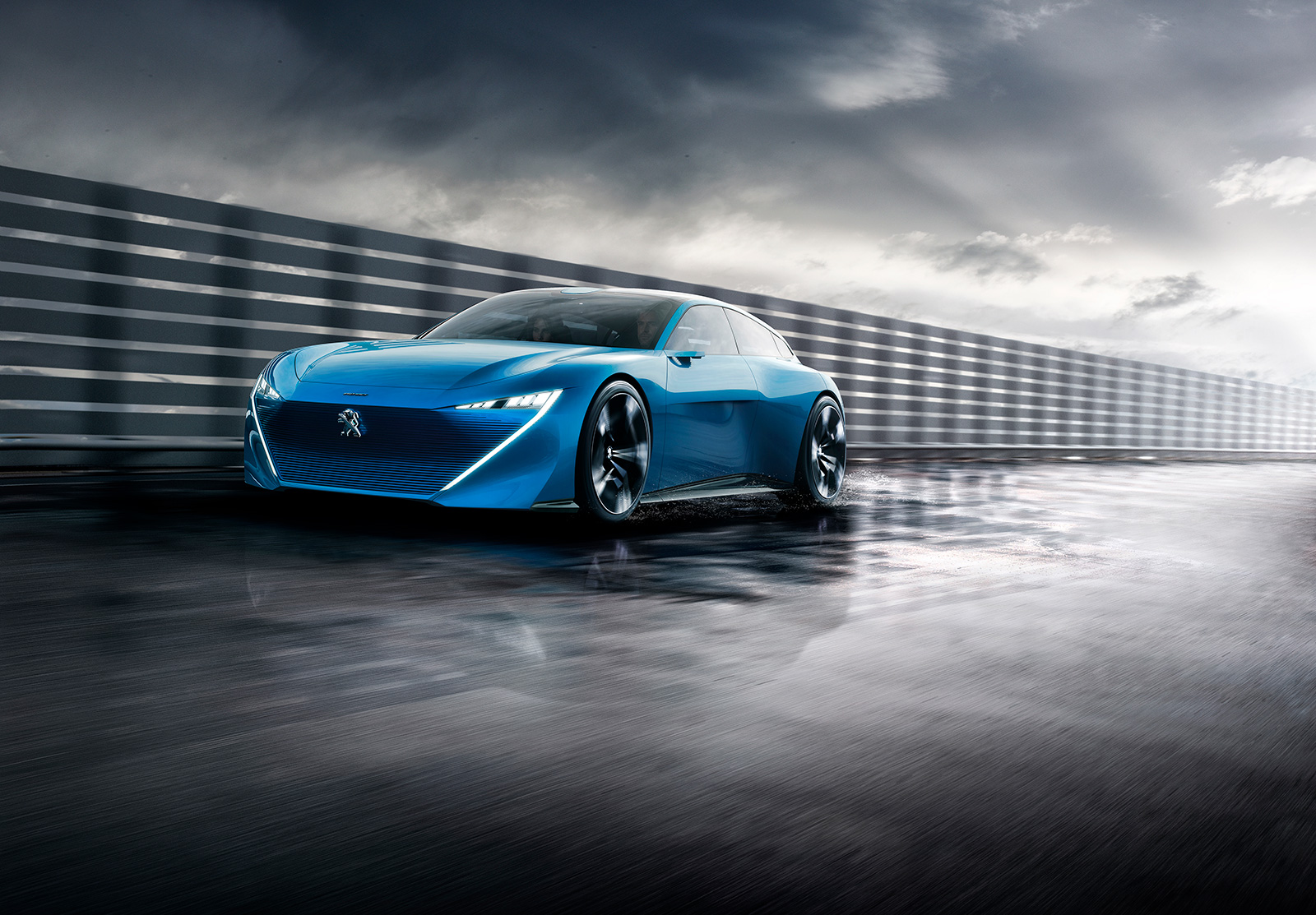 The Instinct Concept also features four modes that tailor the ride to you. There are two driving modes -- Drive Boost and Drive Relax -- for performance or more every day driving scenarios. The former configures all of the drivetrain settings to produce the most power while the latter employs semi-autonomous features to ease the burden of evening traffic. There are also two self-driving modes: Auto Sharp will get you where you need to be in the most efficient manner and Auto Soft that makes comfort the top priority. Auto Soft will also take the scenic route so you have plenty of time to take a nap or finish a movie.

This particular vehicle hasn't been tested just yet, but Peugeot has already been doing trials with the underlying technology in other cars. Of course, at the concept stage there's no telling if the Instinct will make the leap to a full production model. However, the setup that pulls in all of your information to improve your ride that also makes your sportscar part of your home IoT setup is certainly an interesting idea. The automaker is part of the PSA Group which already has permission to conduct real-world self-driving car testing. Those trials are set to start this month and the plan is for the group to bring autonomous tech to its production vehicles by 2020.

In this article: artik, autonomous, autonomousvehicles, cloud, gear, iot, mwc2017, peugeot, samsung, self-drivingcar, selfdrivingcar, transportation
All products recommended by Engadget are selected by our editorial team, independent of our parent company. Some of our stories include affiliate links. If you buy something through one of these links, we may earn an affiliate commission.