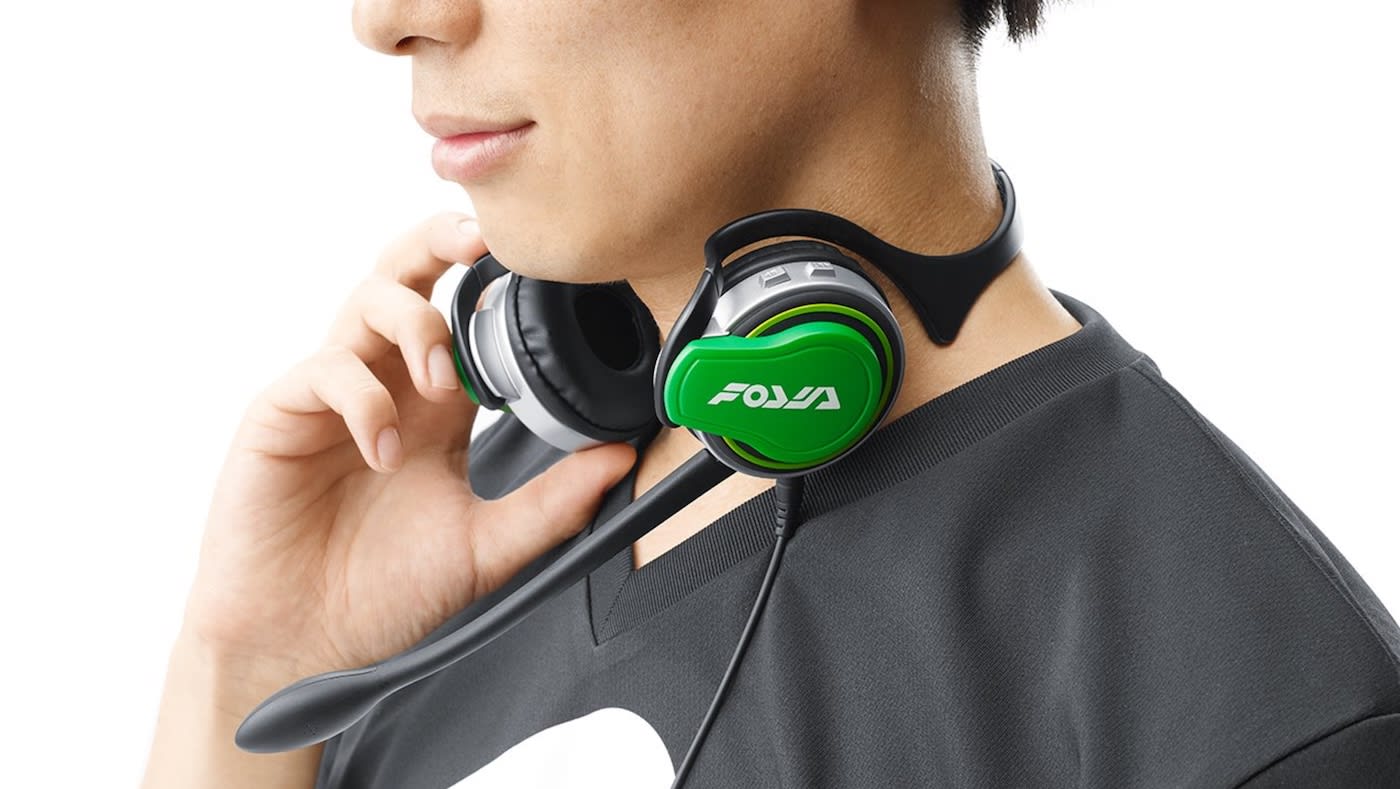 Saying Nintendo's solution to voice chat on the Switch is inelegant would be a gross understatement. At least for Splatoon 2, that is. This morning the game's Twitter account posted images of how you'll talk smack in the ink-fueled multiplayer shooter. The setup, dubbed "Empera Hook HDP," consists of a arrow/squid-shaped dongle, a set of swoop-style on-ear headphones with a boom mic and a trio of 3.5mm aux cables. One cable goes from the Switch's headphone port to the dongle, another runs from your cellphone to the dongle, and the last one connects the dongle to said headset. Phew. 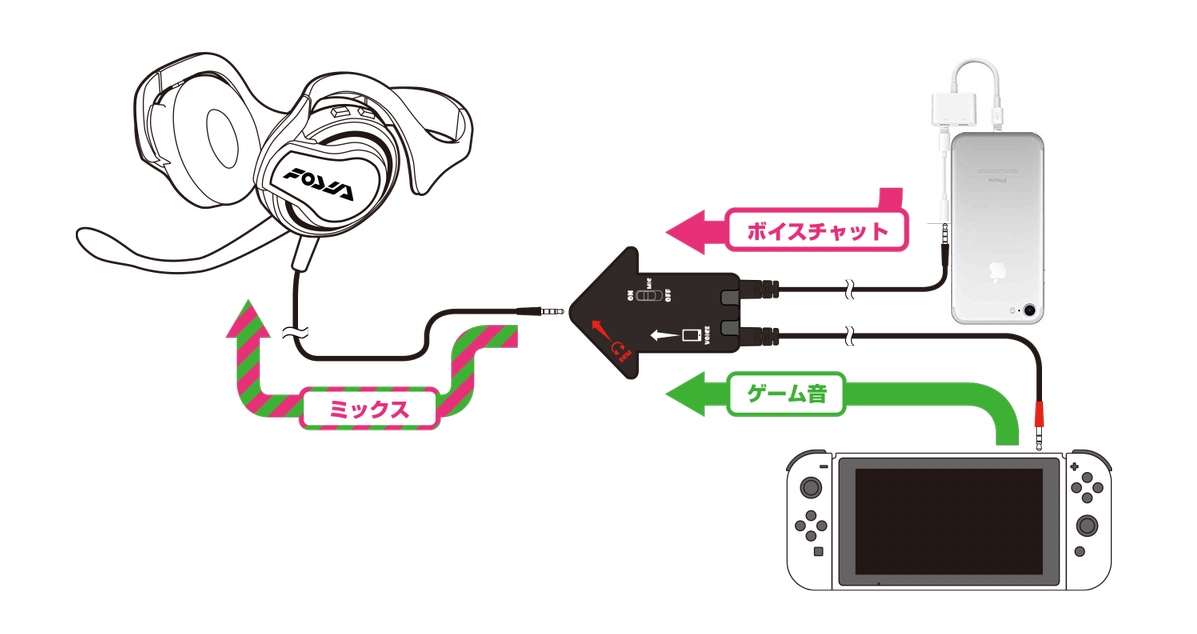 Why so complicated? Because while the Switch is Nintendo's first console to offer online voice chat, the system isn't compatible with wireless headphones. That means if you want to play Splatoon 2 from your couch, you're going to need an awfully long cable. The aux cords packed in with the kit are apparently only 1.2 meters (just under 48-inches) long. And because voice chat is handled via a smartphone app, well, everything needs to be in close proximity of each other. Hopefully you don't have an iPhone 7, because, well, that will entail yet another dongle.

The kit is made by Hori and officially licensed, so at least we know it should be decent quality. Nintendo Switch (translated) says that the headset will be released July 21st in Japan to coincide with Splatoon 2 for ¥3480 ($31.25). You'll also be able to dress your Inkling kid up with an in-game version of the headset.

In January, Nintendo America president Reggie Fils-Aime defended his company's decision to use a smartphone app and headphones for handling voice chat to IGN with the following:

"We want to reinforce the capability to take your experience with you on the go.... The ability to do matchmaking, voice chat through your phone, it's a hell of a lot more convenient than having a gamer headset stuck into your backpack trying to do that. That's why we're doing it the way we are. We see the convenience, we see the ease of delivery. We think it's going to lead to a better experience."

What a difference five months makes. And you thought the amount of dongles and wires needed to connect accessories to a new MacBook was ridiculous.

Via: Kotaku, Nintendo Switch
Source: Splatoon (Twitter) (Japanese)
In this article: applenews, av, dongle, gaming, headphones, headset, nintendo, splatoon, splatoon2, switch, voicechat
All products recommended by Engadget are selected by our editorial team, independent of our parent company. Some of our stories include affiliate links. If you buy something through one of these links, we may earn an affiliate commission.