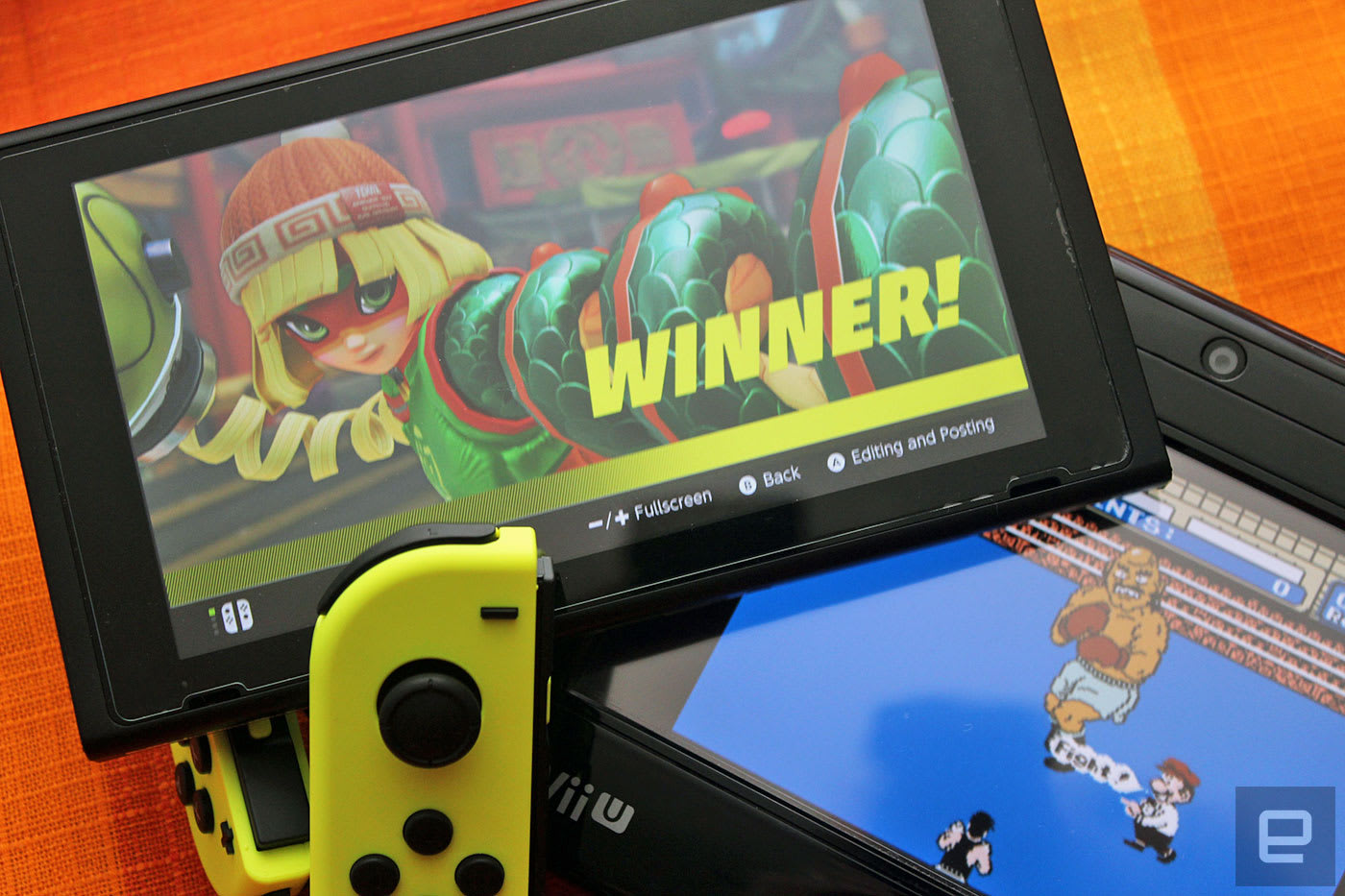 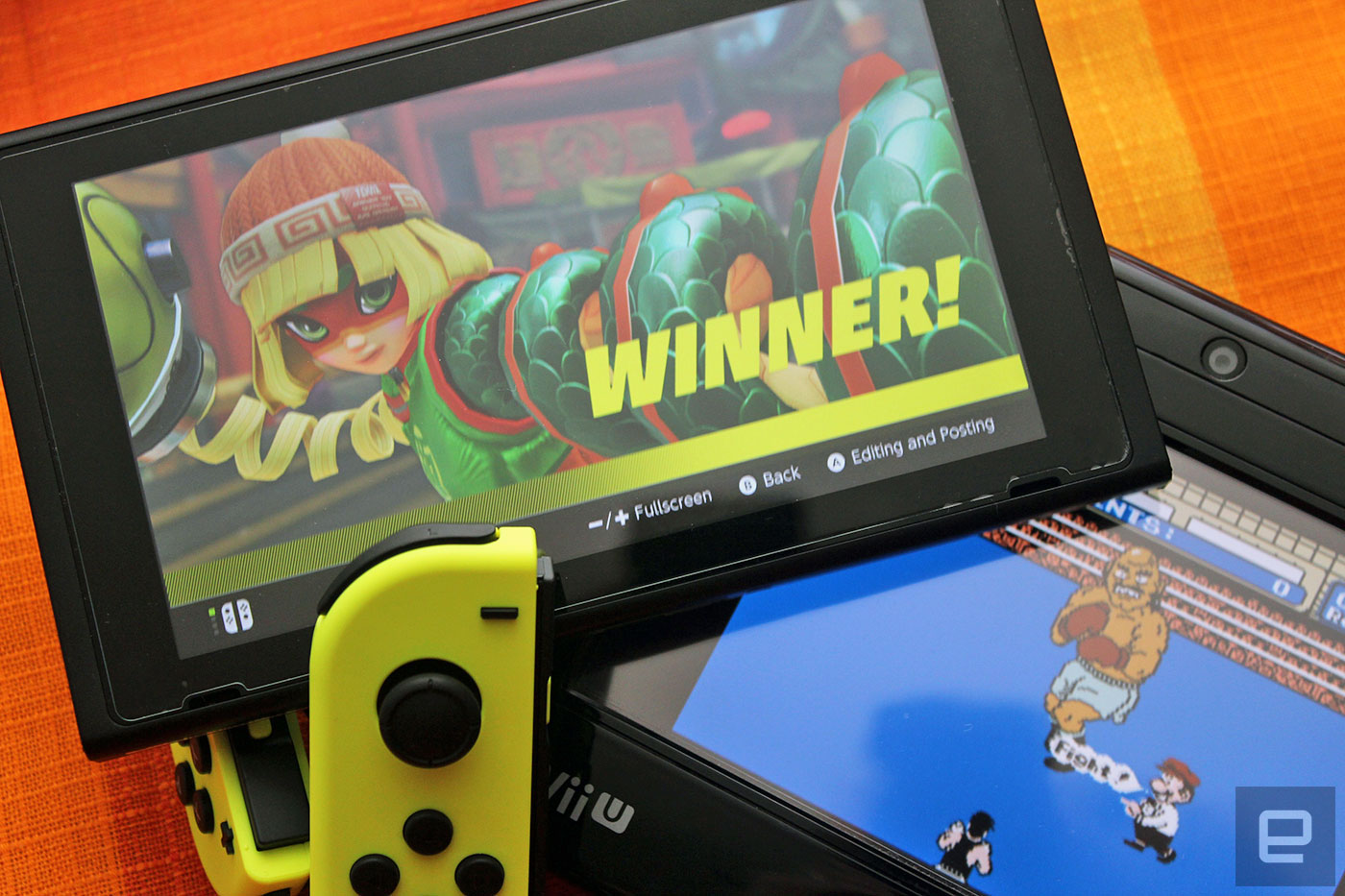 The original Punch Out may be heralded as a classic 8-bit NES game, but it's one I didn't play until I was in college. I'd heard it mentioned as I grew up but always dismissed it out of hand. Sports games, particularly those with celebrity endorsements, meant nothing to me as a child. When I eventually picked up a battered copy at a local flea market, I discovered the game was a masterpiece of simple, but challenging, gameplay. My experience with Arms on the Nintendo Switch is almost identical. It looked underwhelming until, of course, I played it.

Believe it or not, it's not the boxing theme that ties these games together. It's that they're both deceptively simple. Nintendo's original pugilist action game masquerades as a straight slugfest. Punch your opponent. Dodge. Block. Punch again. It seems obvious, but actually playing this way almost guarantees a loss. That's because Punch Out is secretly a puzzle game. You can't win by being a "better fighter," you have to suss out your opponent's "tell" -- openings hidden by taunts and affectatious animation that let you break through each character's increasingly impenetrable defenses. It's a baffling hurdle for first-time players, but it's a challenge that's immensely satisfying to overcome.

Arms doesn't use Punch Out's "tell" mechanic, but the core game is no less deceptive. At a glance, it looks like a dressed-up Wii Sports ripoff, but flailing its motion controls wildly or mashing buttons won't get you anywhere. Instead, players have to master the "puzzle" that lies behind every great fighting game -- a ballet of each character's special moves, attributes, strengths, weaknesses and timing. In Arms, this means knowing which arms (the weapons in the game) can block another weapon's attack, or knowing how to use a fighter's special attribute (such as Min Min's defensive kick move) to deflect an incoming punch. It means learning how the speed of each telescoping attack can be used to create a tactical advantage.

It's this hidden challenge -- and overcoming it -- that makes both of these games great. Players can pick up either title and have fun with the basic gameplay, but the complexity beneath the surface transforms each experience into something genuinely satisfying. Figuring out how Bald Bull telegraphs his punches (in Punch Out) or learning how to counter attacks by equipping different arms (in Arms, of course) makes the player feel smart and accomplished. This design that rounds out the gameplay and lends what could have been a shallow title a challenging experience curve.

For Arms, this culminates in a game that is easy to pick up and play for fun but has a huge amount of depth for players to dive into. The basics of punching and dodging are easy enough, but every arm changes how a character plays and effects what kind of attacks they can counter or overpower. Different loadouts change punch speed, which can have a huge impact on the amount of time you have to tactically react to your opponent's movements and exploit them to land a counter or grab attack. Between the game's strong core fundamentals, and its hundreds of possible loadout and character combinations, Arms becomes a game where skill and knowledge absolutely matter -- at least if you want to compete online or in the single player mode's higher difficulty levels. 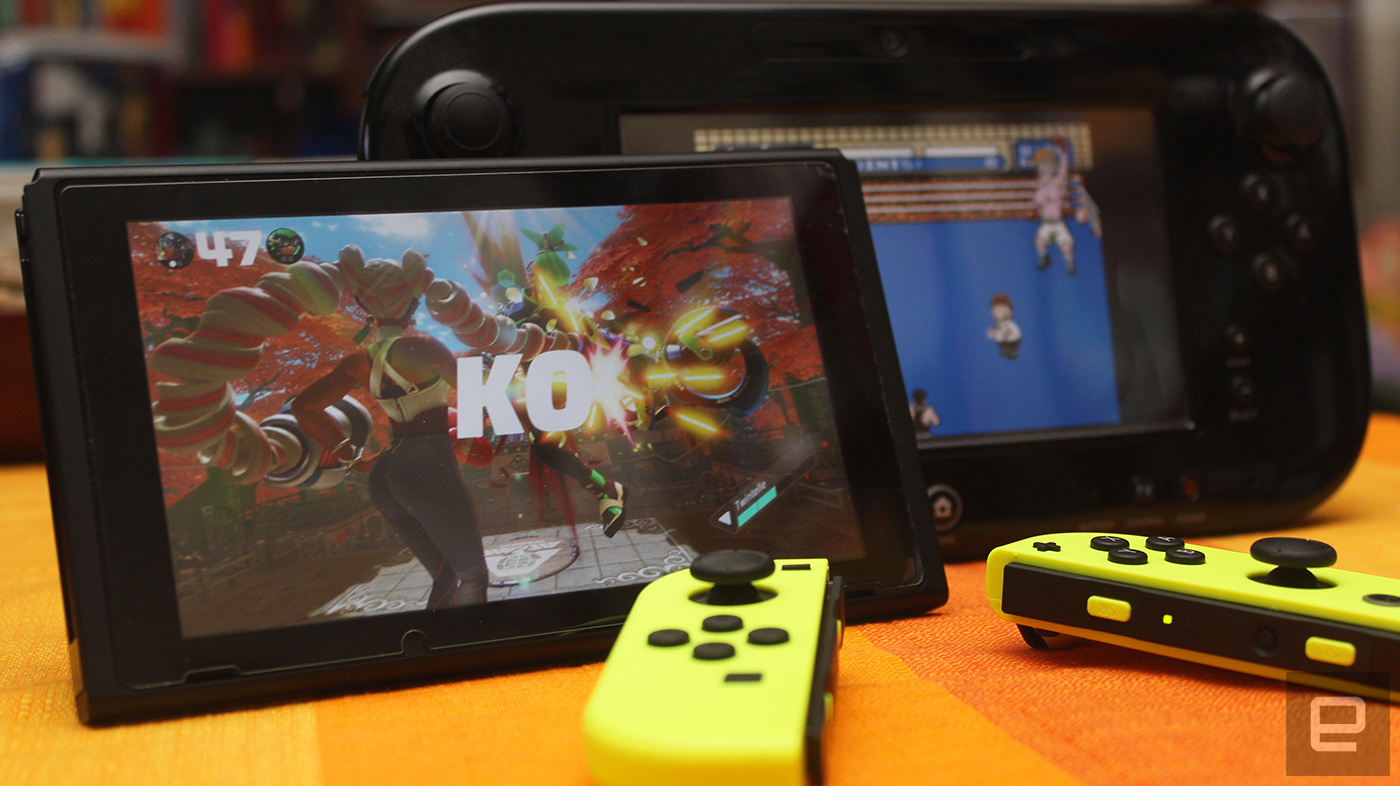 The game has its flaws. Beyond multiplayer, the grand prix mode and a few mini-games, it just doesn't offer much. Much like Super Smash Bros, Nintendo's Arms will ultimately live or die on the strength of its charming characters and core gameplay. For me, that's probably enough. I may have discovered Punch Out decades after the fact, but its expertly crafted gameplay and design brings me back to it again and again. After putting a dozen hours into Arms, I feel the same way about it. This is a title with good fundamentals and solid core gameplay -- and I'm glad I didn't dismiss it out of hand as I did with Nintendo's original boxing game.

In this article: applenews, arms, av, games, gaming, nes, nintendo, nintendo arms, nintendo switch, nintendoswitch, punch-out, punchout, switch
All products recommended by Engadget are selected by our editorial team, independent of our parent company. Some of our stories include affiliate links. If you buy something through one of these links, we may earn an affiliate commission.