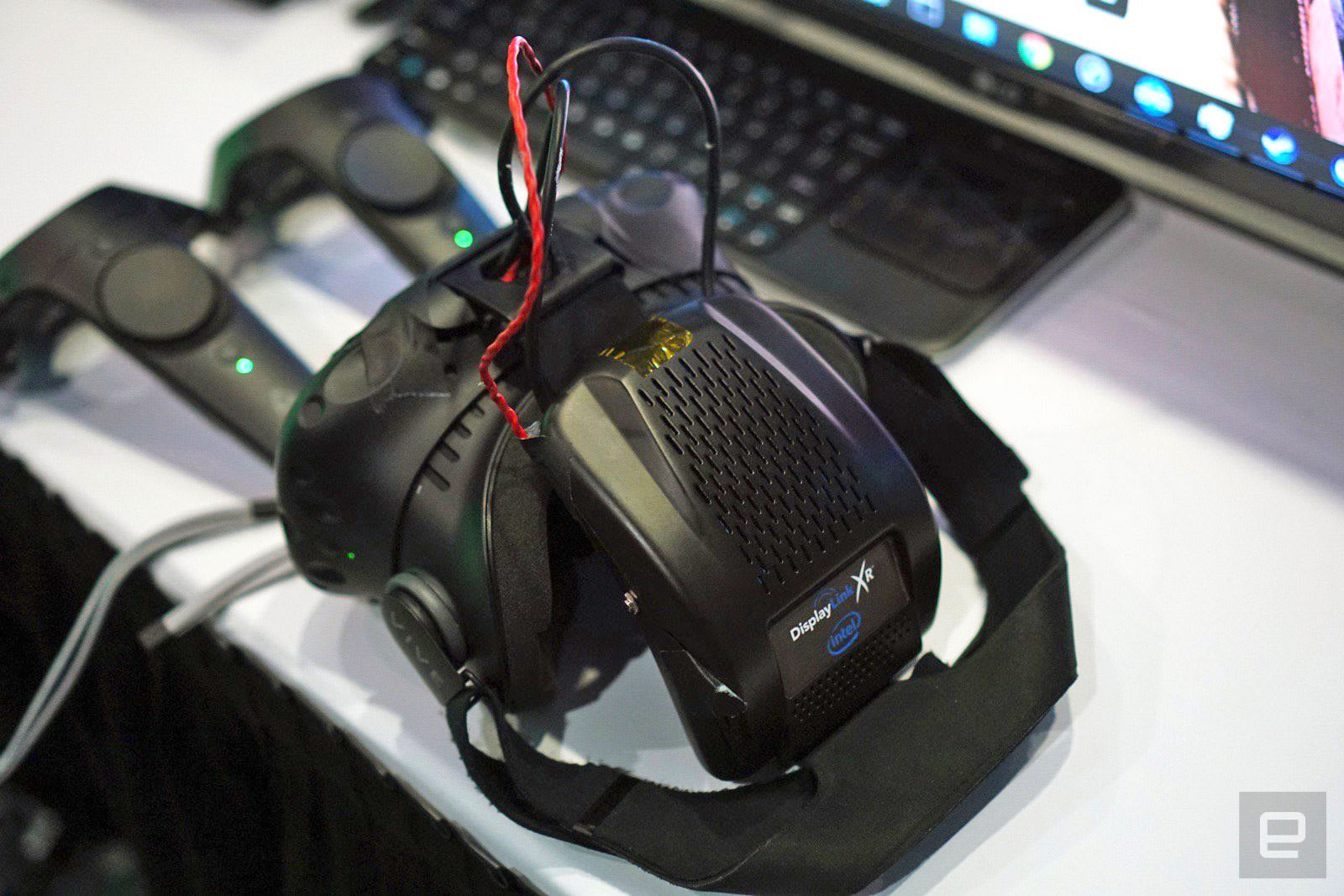 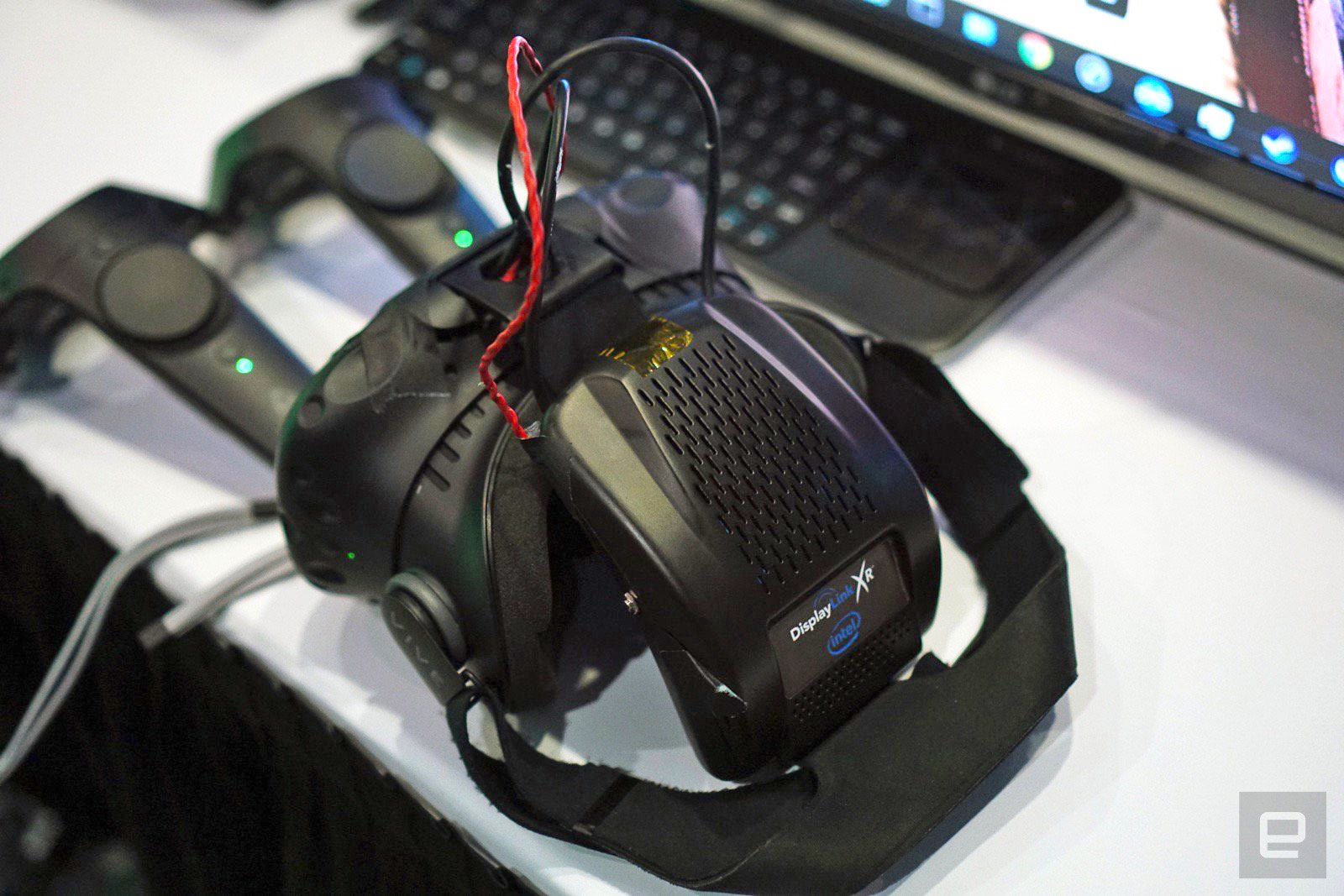 Complexity is bad for VR. The lengthy wires you need to connect a VR headset to your gaming PC or PlayStation 4 might not be a huge deal to geeks, but they're the sort of thing mainstream consumers would never live with. We know wireless is the answer. TPCast is already shipping an accessory for the HTC Vive that lets you give up on cables, and judging from our demo earlier this year, it works just as advertised. But there's a new contender: Intel is showing off its own wireless VR add-on, built together with DisplayLink, at E3. It's based on WiGig technology, which the company claims delivers less than 7ms of latency. And since WiGig relies on the 802.11ad standard, it can reach gigabit speeds over the uncrowded 60GHz spectrum. The product doesn't have a proper name yet, but it'll eventually get one from HTC, Intel says. Intel first revealed that it was working on the accessory at CES, but we didn't hear much about it until Computex, when it announced a partnership with HTC to build and market it. After testing the accessory out at CES, I'm not surprised that HTC jumped at the chance to partner with Intel.

Just like the TPCast headset, Intel's add-on sits on top of the Vive's headstrap. The prototype is a bit large and cumbersome, and it also has delicate wires sticking out and into the front of the Vive (covered with some classy black tape). It didn't inspire much confidence when I first saw it, but my attitude changed when I slipped on the Vive and started playing Space Pirate Trainer.

It's a game that starts out slow but quickly gets fast-paced as you're shooting alien ships and dodging their projectiles. But no matter how crazy the game got, Intel's wireless add-on kept up. I never noticed any slowdowns or stuttering -- the game played just as well as it does on my tethered Vive setup at home. By comparison, while I had a solid experience with TPCast's wireless accessory, there were moments when the performance got a bit jerky. Intel's device added a bit of weight to the headset, and I often had to be careful not to dislodge it, but those issues could be resolved as the hardware gets finalized.

We still don't know when the add-on will be available or how much it will cost. But, based on what I've seen so far, the company is at least on track to deliver something genuinely useful. The move to wireless will be a huge boon for desktop VR, though it'll have to contend with entirely self-contained virtual reality headsets, like Oculus' prototype "Santa Cruz" device, as well as increasingly capable mobile VR offerings.

In this article: applenews, E32017, entertainment, gadgetry, gadgets, gear, hands-on, htc, HTCVive, intel, tomorrow, VR, wirelessVR
All products recommended by Engadget are selected by our editorial team, independent of our parent company. Some of our stories include affiliate links. If you buy something through one of these links, we may earn an affiliate commission.