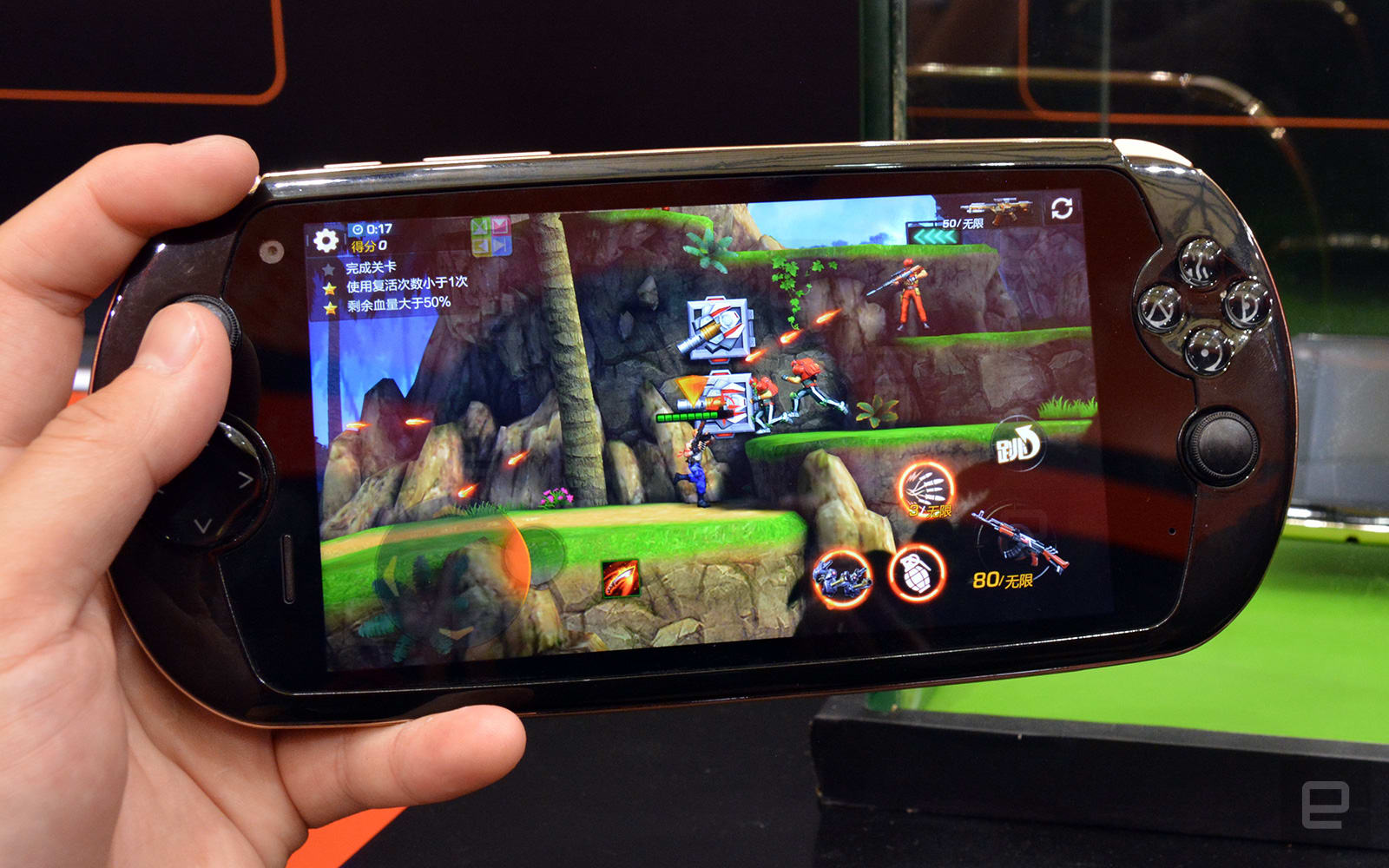 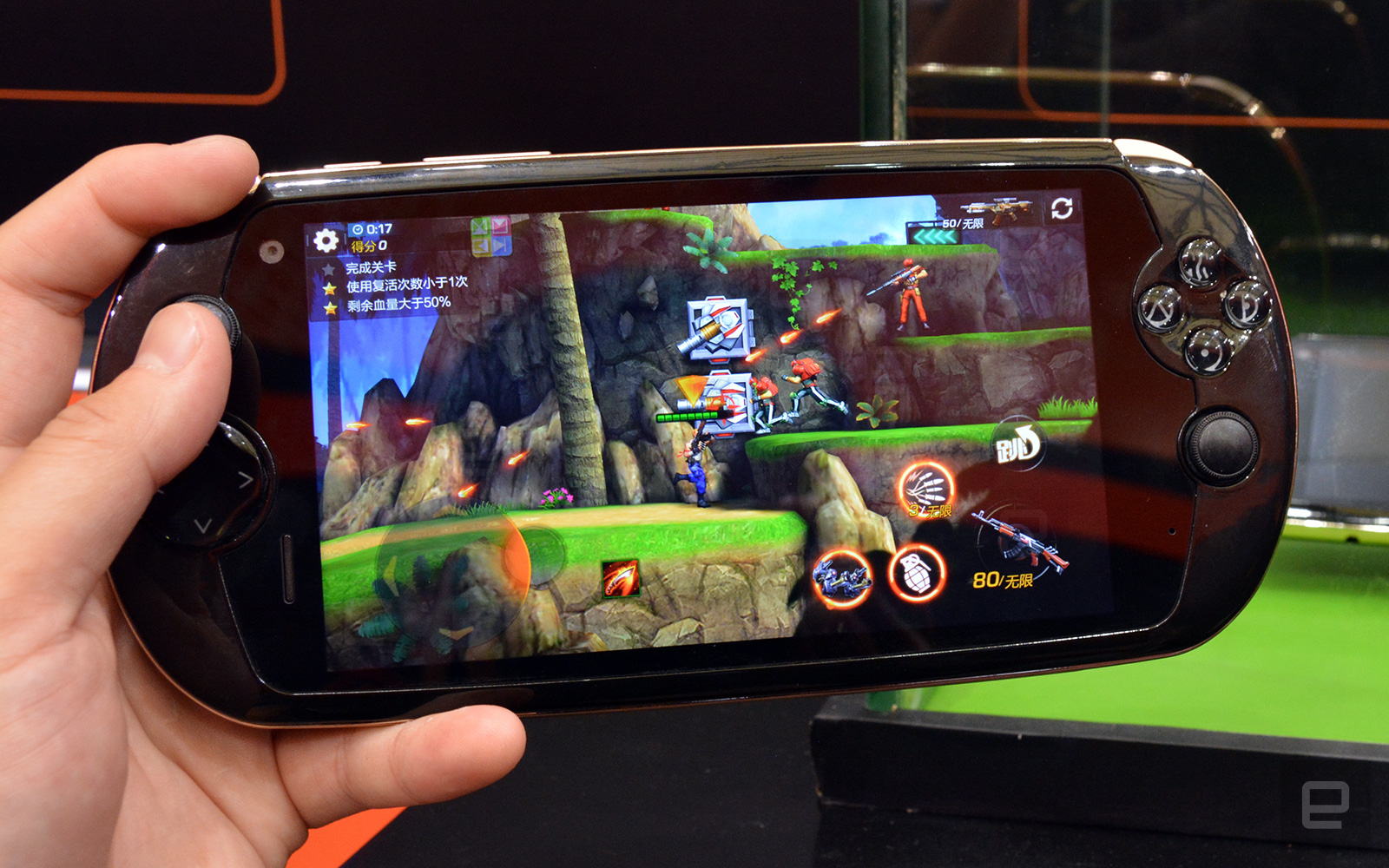 If you've been searching for a crossover between a smartphone and a PS Vita, look no further. In China, a company by the name of iReadyGo had been making Android-powered gaming handhelds for years -- you may recall its shameless PS Vita ripoff back in 2011. The manufacturer then went on to release several dedicated gaming smartphones and was eventually acquired by Snail Mobile, a local gaming-centric mobile virtual network operator, in mid-2014.

Following the W3D from 2015, the company plans to release a new Android smartphone at the ChinaJoy expo later this month, but I managed to spot one lurking around at MWC Shanghai. This upcoming Snail Mobile i7 is a surprisingly well-specced gaming phone for its 1,899 yuan (about $280) price point, especially with its 6-inch 1080p touchscreen, 6GB RAM, 64GB storage, stereo speakers, dual SIM slots and removable 6,000 mAh battery. Now, the i7 is powered by MediaTek's 10-core, tri-cluster Helio X20 (MT6797) processor, so it's more of a mid-range device. You obviously wouldn't be getting the same level of performance as you would with Qualcomm's flagship Snapdragon 835, but it's still a good chipset for this price. It also features a 5-megapixel front camera and a 16-megapixel main camera on the back, though there's no word on what kind of image quality to expect from them. I couldn't confirm whether there's quick charging for the massive 6,000 mAh battery, but at least there's a USB Type-C port on the device.

On the gaming side, the i7 comes with a standard set of buttons: a D-pad and a joystick on the left, four action buttons plus another joystick on the right and two shoulder buttons. I got to play a Metal Slug-like game on a pre-production device for a short while and everything felt fine, though I'd obviously need some more hands-on time to make sure that the buttons were durable. A Snail Mobile rep added that the final version will have a more polished finish, which is something to look forward to at the July 30th launch. 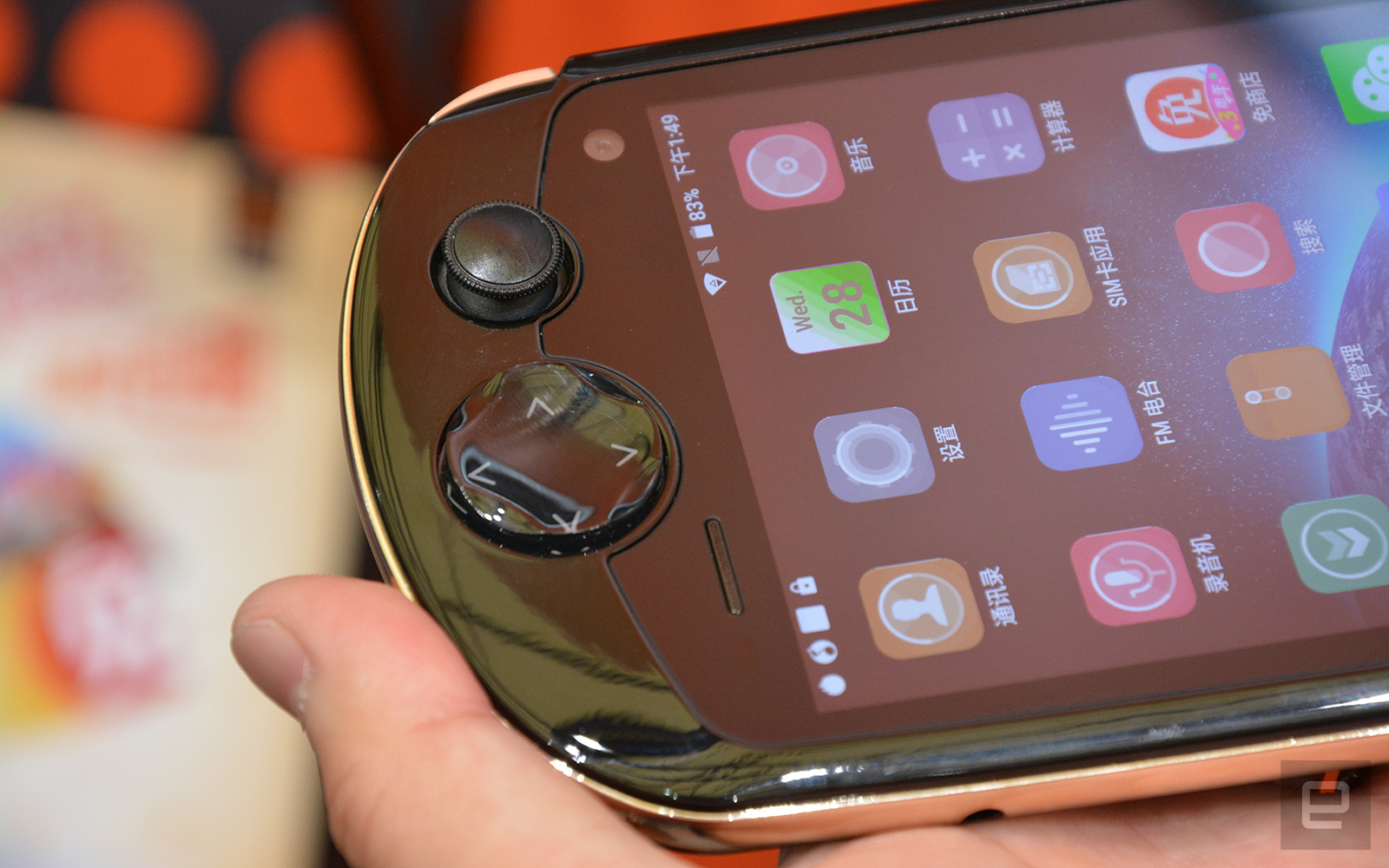 Unlike most random Chinese smartphones, Snail Mobile is actually planning to bring its i7 overseas, starting with Hong Kong in August and then the Western markets in the very near future. Better yet, there will also be a premium model with 8GB of RAM plus 128GB of storage later this year, and it'll apparently cost just a little above 2,000 yuan ($295). It'll be interesting to see how much traction this peculiar product gets.

In this article: android, china, gaming, gamingsmartphone, gear, hands-on, heliox20, i7, mobile, moqi, moqii7, muchi7, mwcs2017, smartphone, snailmobile
All products recommended by Engadget are selected by our editorial team, independent of our parent company. Some of our stories include affiliate links. If you buy something through one of these links, we may earn an affiliate commission.