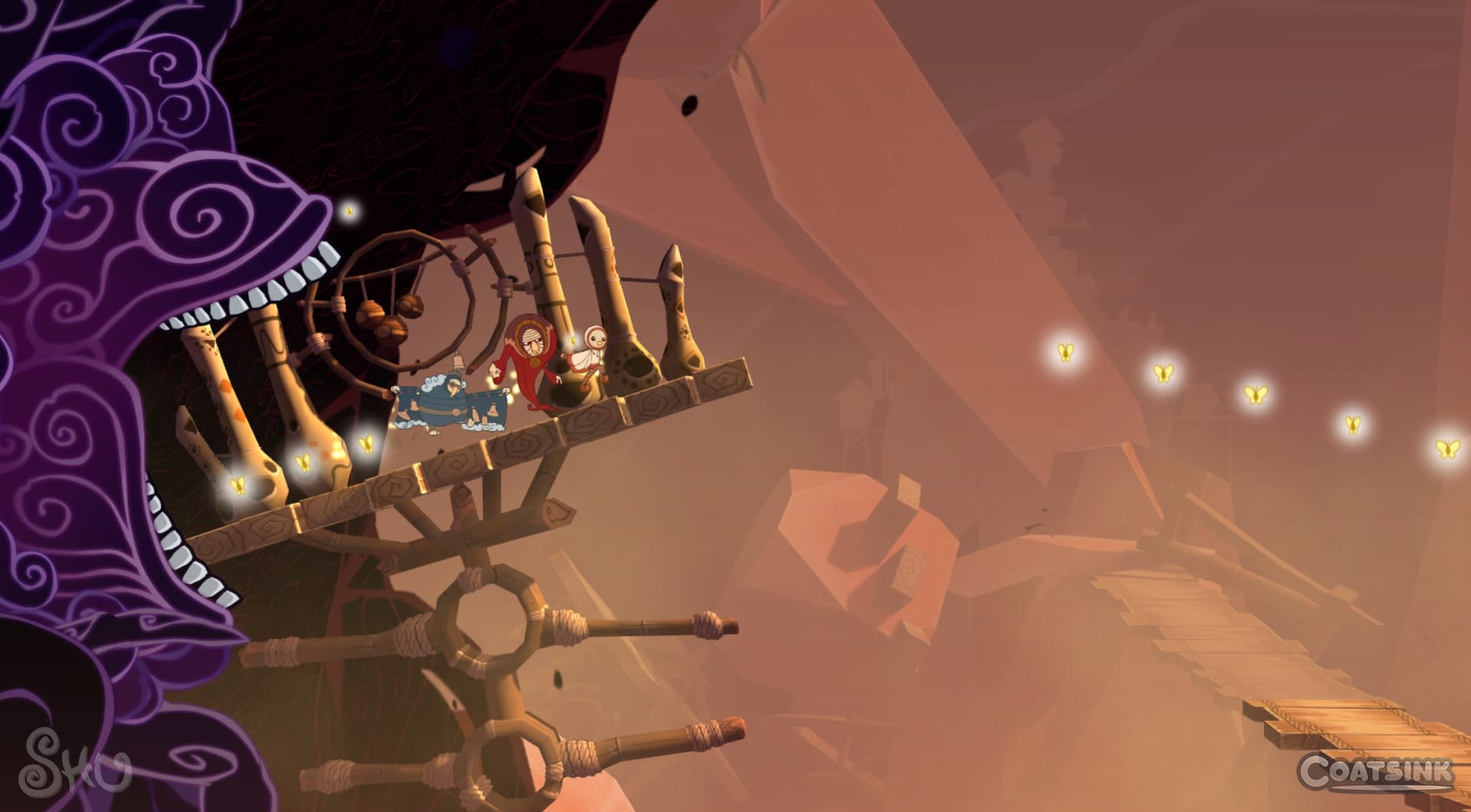 Sony isn't showing the PS Vita handheld any love, but indie developers sure are. The latest example is the 2.5D platformer Shu. "Shu feels right at home on the handheld and is a great experience, especially since it's running at 60 FPS," a post by developer Coatsink on the European PlayStation Blog reads. More than that, the Vita version will have some exclusive bits and bobs when the game comes out sometime later this year. Coatsink says that supporting the handheld is something that the team feels "very strongly about" and it's been hard at work ensuring that the portable version isn't a lazy port.

Which probably explains the lack of a firm release date. The game will release October 4th on PlayStation 4, and buying it for the home console will net you a free copy of it for Vita. Maybe one of those handheld-exclusive goodies will be an avatar modeled after Sony's head of worldwide studios, Shuhei "Shu" Yoshida. It'd be fitting, no?

In this article: 60fps, coatsink, gaming, handheld, internet, playstaionvita, playstation, playstation4, ps4, psvita, shu, sony, vita
All products recommended by Engadget are selected by our editorial team, independent of our parent company. Some of our stories include affiliate links. If you buy something through one of these links, we may earn an affiliate commission.