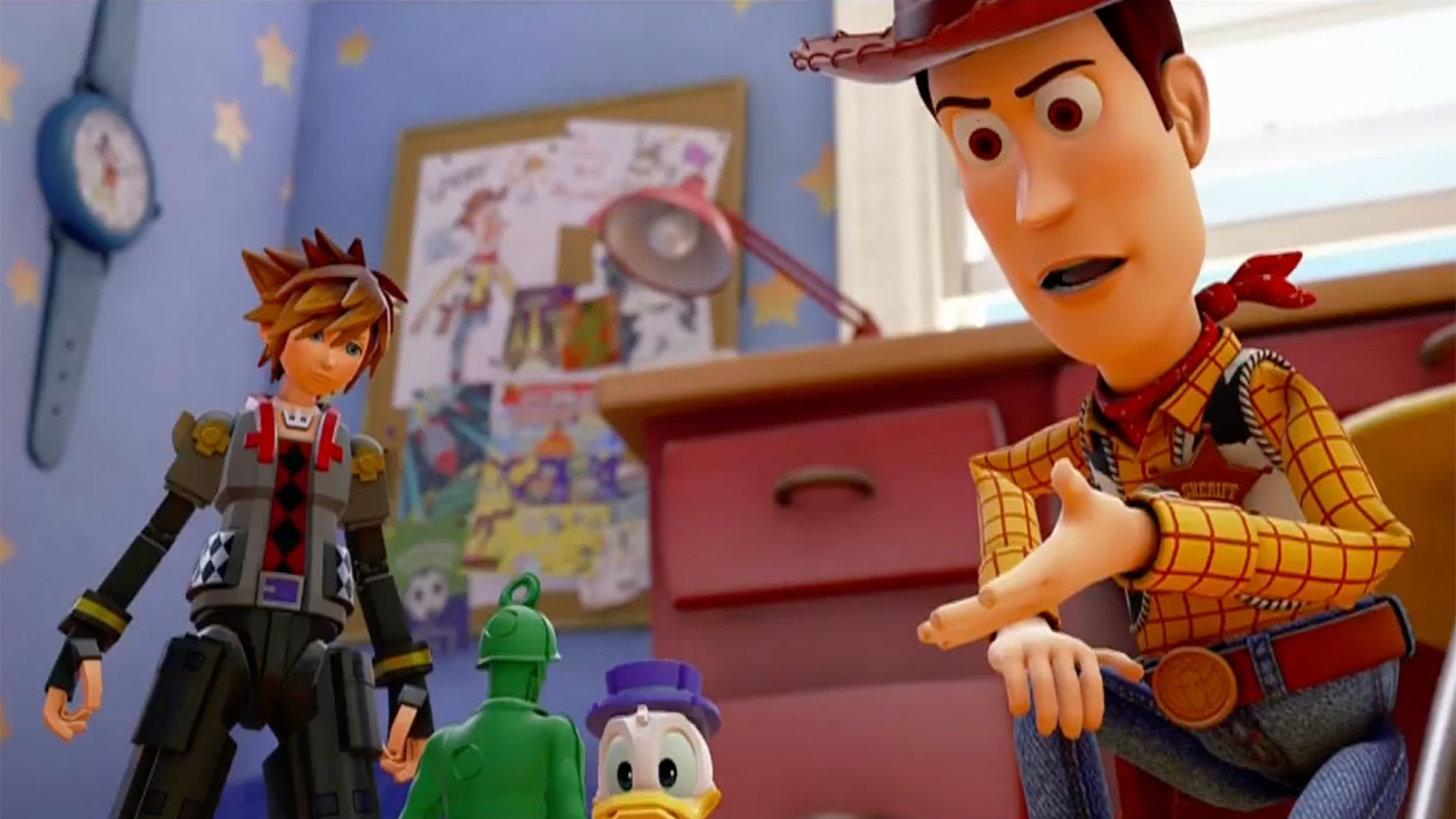 Kingdom Hearts 3 has been slow in coming, but you'll at least get a reward for your patience. Square Enix took to Disney's D23 stage to announce that the action role-playing game will have our heroes visit the world of Pixar's Toy Story -- yes, you'll be helping Buzz Lightyear and Woody clear the neighborhood of villainous toys. There's even a bit of Titanfall-style action as you jump into plastic robots to do battle. Oh, and did we mention that KH3's release has finally been narrowed down, to 2018? That could still put a release well into the future, but it's a relatively short wait given that fans of the Disney/Square crossover series have already gone more than a decade without a sequel.

Source: PlayStation Blog
In this article: av, d23, disney, games, gaming, kingdomhearts, kingdomhearts3, pixar, ps4, squareenix, toystory, video, videogames
All products recommended by Engadget are selected by our editorial team, independent of our parent company. Some of our stories include affiliate links. If you buy something through one of these links, we may earn an affiliate commission.