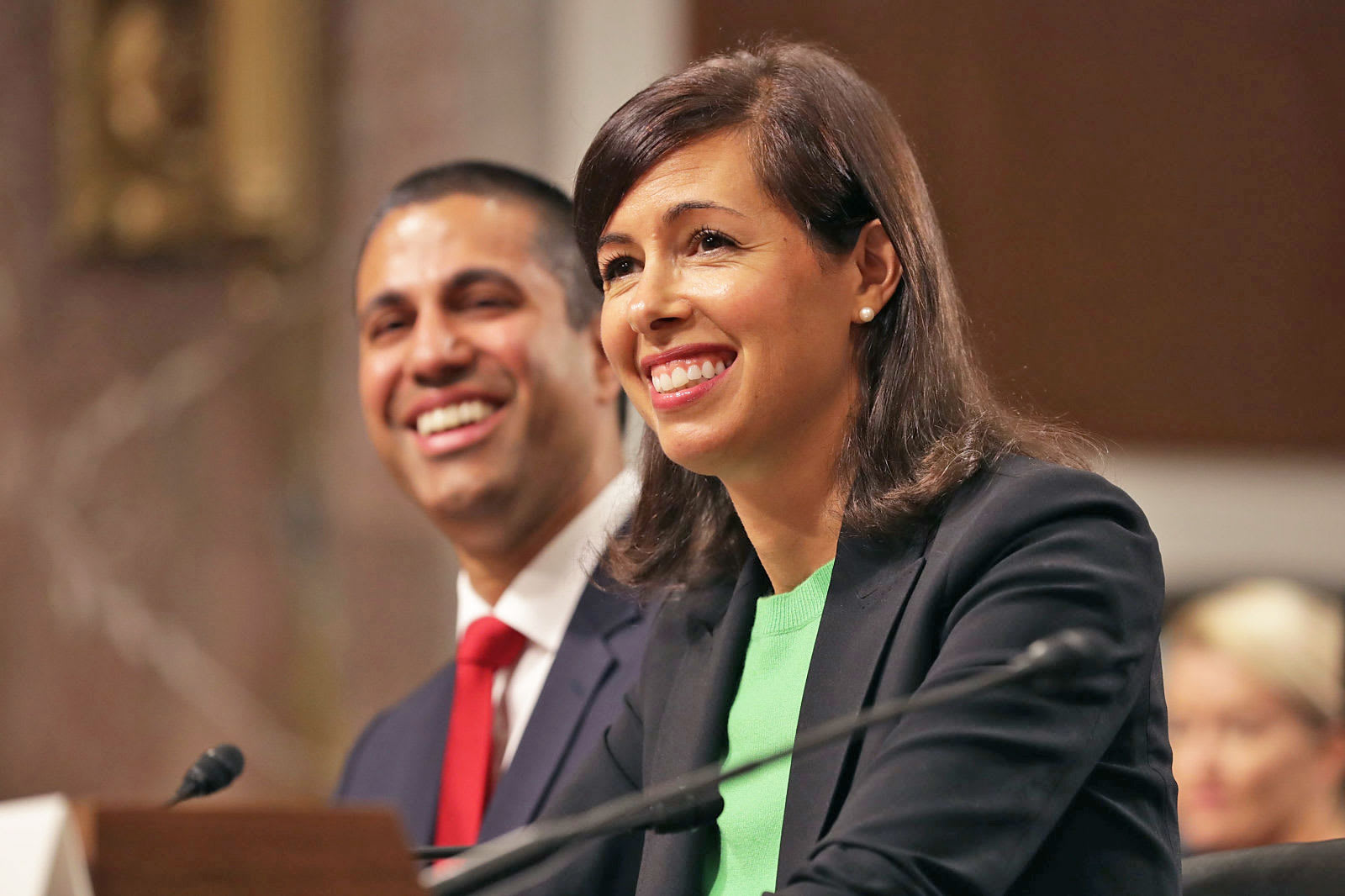 The FCC is no longer shorthanded after seven months of operating below max capacity now that the Senate has finally confirmed two new commissioners appointed by the president. In a statement released today, the agency has named Jessica Rosenworcel and Brendan Carr to fill the last two of the five commissioner seats. Both are no strangers to the work the FCC does: Rosenworcel was actually a commissioner under the previous administration and was known for being an avid supporter of net neutrality and open internet. She was never supposed to leave her seat in the commission, but lawmakers failed to extend her term on time due to political issues.

Rosenworcel's appointment is definitely good news for those fighting against the administration's plan to revoke net neutrality rules, but she might still be outnumbered in the commission. Brendan Carr, the Senate's other appointee, joined the FCC in 2012 as an attorney adviser after his stint as a telecom lawyer. He became top legal adviser to Ajit Pai in 2014 and was appointed as the agency's general counsel when the Trump administration named Pai as FCC chairman. Pai has always been vocal about his plans to gut net neutrality, and all signs point to Carr voting whichever way the chairman does when it comes to rolling back its rules. We'll likely know his stance soon enough after he and Rosenworcel are sworn in and reveal their projects and advocacies.

Correction: This article and headline originally stated that the Senate had appointed two new members to the FCC. The president appoints new members while the Senate confirms those appointments. We apologize for the error.

Source: FCC
Coverage: TechCrunch
In this article: fcc, gear, internet, netneutrality, politics
All products recommended by Engadget are selected by our editorial team, independent of our parent company. Some of our stories include affiliate links. If you buy something through one of these links, we may earn an affiliate commission.