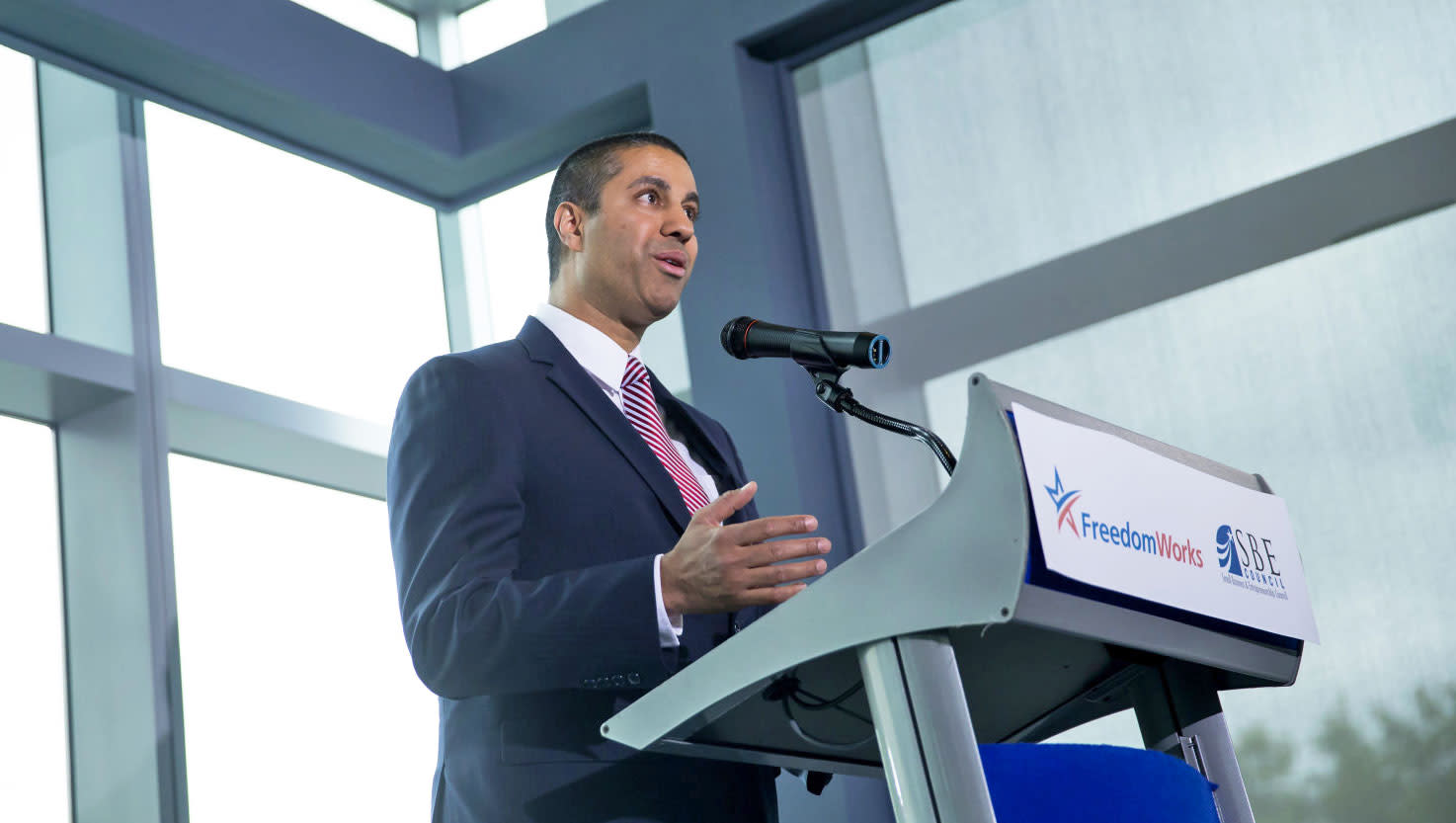 The future of net neutrality has been uncertain since the November election of Donald Trump. His FCC chairman, Ajit Pai, has made it clear he intends to scale back some of the regulations surrounding ISPs, but details have been scarce. Now we have an idea of the framework the commission will pursue, and it begins with revoking the classification of ISPs as a "common carrier" service under Title II, which has essentially treated the internet as a public utility for the last two years.

In a roving speech at Washington DC's Newseum, hosted by the conservative think tank Freedom Works, Pai argued that under President Obama and former FCC chairman Tom Wheeler the agency departed with a decades-old "light touch regulatory framework... which enabled the Internet to grow and evolve beyond almost anyone's expectations."

The core of his plan is to shift internet back to being a Title I "information" service, as laid out under the Telecommunications Act of 1996. That would dramatically reduce regulation around the industry and, he argues, spur new investment -- particularly in infrastructure. Pai claimed that Title II was a solution in search of a problem, enacted to prevent "hypothetical harms and hysterical prophecies of doom," while stifling innovation. Removing the regulations could ease the burden on small ISPs that serve limited communities, but it also makes it easier for large conglomerates like Comcast (which owns NBC) to give it priority to its own content over that from say Netflix.

The second element of Pai's proposal is to rescind the "internet conduct standard," the rule that allowed the FCC to investigate so-called "zero-rating" plans that exclude certain services from monthly data caps. The chairman already announced that he would be ending those investigations, and now he's proposing to eliminate the rule that led to them. He painted the investigations as a regulatory overreach that not only harmed but actually attacked consumers who were receiving services they like for free under the plans. However, net neutrality supporters like Public Knowledge's general counsel Ryan Clough says if providers are allowed to zero rate their own video services, they are "effectively charg[ing] customers more to access competing services," -- exactly the sort of "hypothetical harm" that many hoped to prevent by turning to Title II regulations.

Lastly, Pai said the FCC would be "seeking comment" on how to deal with the "bright-line rules" adopted as part of net neutrality in 2015. Those rules are seen as core to the concept of net neutrality. They state clearly that there should be:

A byproduct of these changes is that the FTC would now be in charge of handling privacy complaints. The FCC and Trump administration in general has already courted controversy over its handling of internet privacy rules, and it's unlikely that shifting the responsibility to the FTC will silence critics.

Many details of the plan are still unclear, and Pai isn't rushing to push the new rules through without some input from the other commissioners and the public. Rather than use a "Declaratory Ruling" to reverse Title II immediately, the chairman is submitting a "Notice of Proposed Rulemaking" (which will be released in its entirety Thursday, April 27th). The document must go before the full panel of FCC commissioners for a vote and then, if adopted it would be opened for comment from the public.

Pai appeared to be making an effort to increase transparency at the agency and to offer room for discussion around his proposal. However, he was also quick to dismiss supporters of net neutrality and Title II in particular. Despite years of grassroots activists and internet companies pushing for strict net neutrality rules and Title II regulations, Pai insisted that the move was not about protecting consumers, but a political move meant to "energize a dispirited base" "after a disappointing 2014 midterm election." FCC commissioner Michael O'Rielly followed Pai with a speech of his own, in which he suggested the commission shouldn't take into consideration the millions of comments it received in support of net neutrality.

The new proposed rules had plenty of supporters in attendance at the event, including representatives of the Small Business and Entrepreneurship Council, Americans for Tax Reform, National Grange and the American Consumer Institute. But already opponents are piling up. The American Civil Liberties Union and Electronic Frontier Foundation have already voiced their concerns, as has the Internet Association, a lobbying group that represents tech companies like Amazon, Facebook and Google. Democratic senators Brian Schatz of Hawaii and Al Franken of Minnesota released a statement condemning the plan within minutes of Pai's speech ending. Senator Franken warned ominously that, "getting rid of net neutrality would destroy the internet as we know it."

The initial vote on Chairman Pai's proposed rule changes will take place on May 18th and plenty of debate is likely to follow in the coming months.

In this article: ajitpai, business, fcc, freedomworks, ftc, government, internet, NetNeutrality, politics, regulation, tomorrow, tomwheeler, video
All products recommended by Engadget are selected by our editorial team, independent of our parent company. Some of our stories include affiliate links. If you buy something through one of these links, we may earn an affiliate commission.