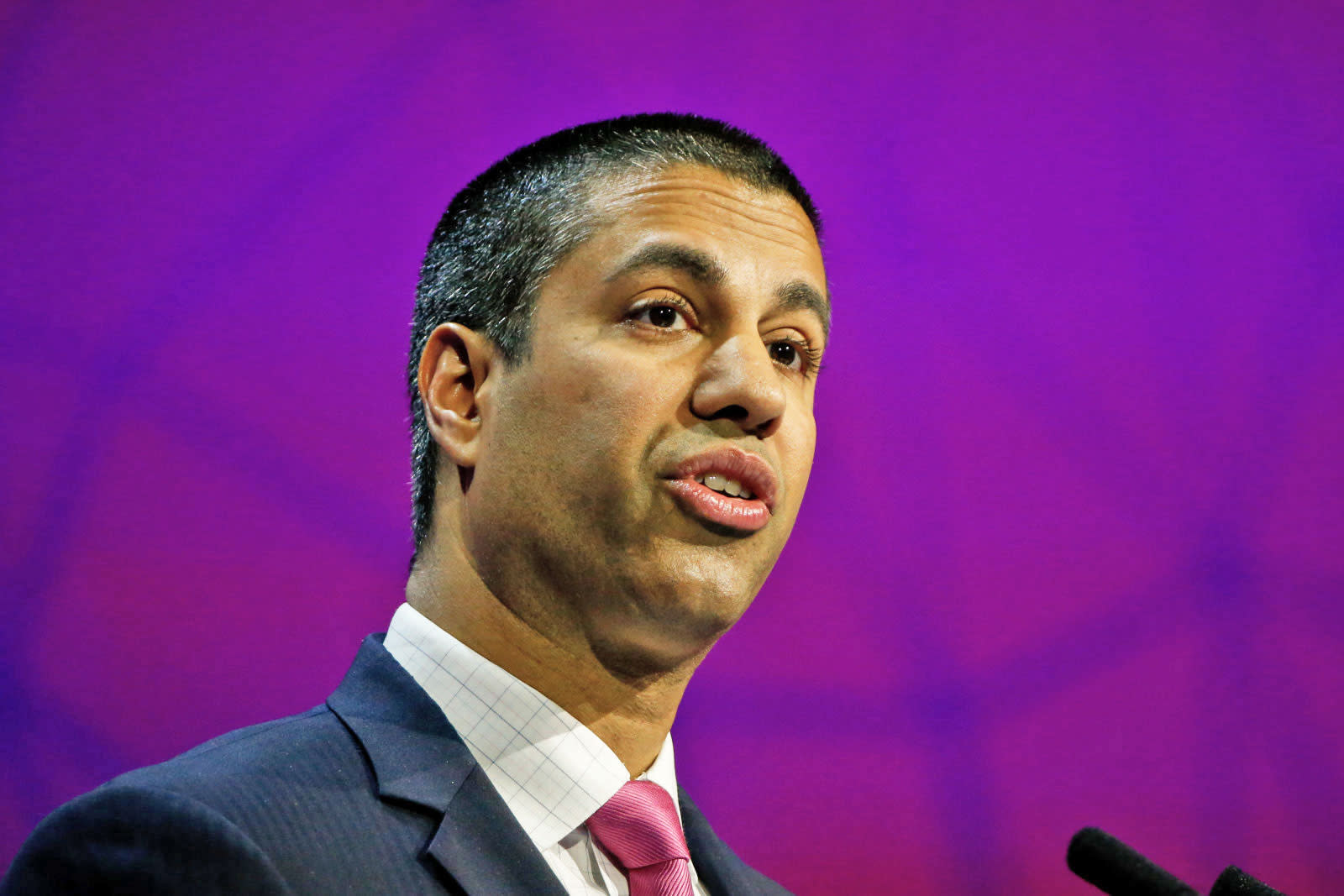 It's no secret that many people object to new FCC Chairman Ajit Pai's plans to soften net neutrality rules, but the companies affected by these plans have now had a chance to object directly to his strategy. The Internet Association lobbying group, which represents tech companies like Amazon, Facebook and Google, has privately told Pai to maintain the existing rules rather than gut them. Net neutrality "preserves the consumer experience, competition and innovation," the Association said. It also objected to Pai's plans to have the FTC enforce the rules, saying that an "expert agency" like the FCC should be responsible.

The lobbying group added that rules should apply equally to both fixed and wireless broadband, and that telecoms shouldn't be allowed to create "fast lanes" where you pay extra to get higher-priority delivery of internet traffic.

Pai hasn't publicly released the full details of his proposed changes to net neutrality, but the plan would only ask telecoms to promise that they won't block or slow down traffic from competing services. Many believe that he chose the FTC for enforcement knowing that its relative lack of tech experience would make it easier for net neutrality violators to escape punishment.

Will Pai take the Internet Association's requests seriously? We wouldn't count on it. Pai recently met with lobbying groups for the telecoms themselves, going so far as to give them a draft version of his plans. Between this and Pai's other deregulatory efforts, it's been apparent for a while that he errs on the side of service providers rather than internet companies and their users. More than anything, the private messaging shows that internet firms will fight looser net neutrality rules tooth and nail -- even if their resistance is purely symbolic.

In this article: ajitpai, culture, facebook, fcc, google, internet, internetassociation, lobbying, netneutrality, politics, regulation, twitter
All products recommended by Engadget are selected by our editorial team, independent of our parent company. Some of our stories include affiliate links. If you buy something through one of these links, we may earn an affiliate commission.