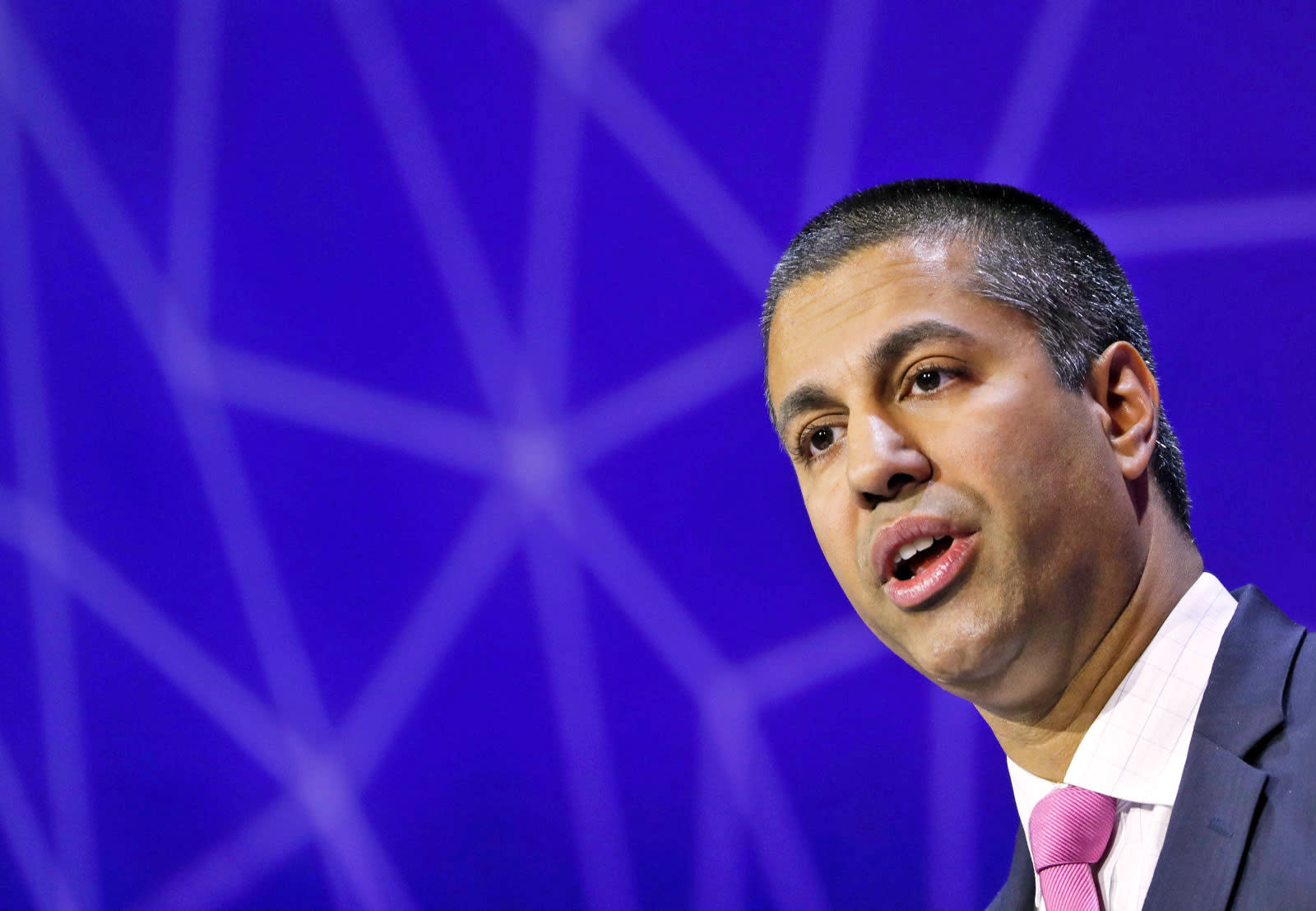 By now, you've probably heard what FCC Chairman Ajit Pai has in store for the internet in the United States. If not, here's the short version: Pai wants to strip the internet of its current status as a "common carrier" under Title II of the Telecommunications Act, roll back the "internet conduct standard" (a vague list of things service providers can't do to interfere with your online experience) and open a discussion about whether we need specific "bright-line" rules that prohibit blocking, throttling and paid prioritization. You may agree with Chairman Pai's assessment of the situation, or you might not. (For the record, most of us around here don't, for reasons we've made clear in the past.)

Either way, it's your right as part of the FCC's rulemaking process to offer comments to the commission's staff, and more people than ever are doing that. In 2014, when a proposed net-neutrality plan was being discussed, the FCC received millions of comments on the matter — more than 60 percent were in favor, and those rules were eventually adopted. While in that case public opinion mostly aligned with the commission's own plans, that's probably not going to happen this time. There are reasons to support the Title II classification (among other things), and even if millions of you make your distaste known to the FCC, it probably won't matter.

The thing to remember about FCC proceedings is that they are 100 percent not up to a public vote. You can — and should — offer your fears, concerns, your nuanced takes to these people who have been selected to serve us. With that said, remarks made recently by Commissioner O'Rielly, Chairman Pai and senior officials within the FCC make it clear that we, the people, have very little power to change their minds.

Pai broadly laid out his plan for the future of the internet in a speech (PDF) delivered at the Newseum in Washington yesterday, and in it, he referred to the main supporters of Title II classification as "special interests." Groups like Free Press did advocate for the commission's earlier Open Internet rules, and those groups certainly campaigned to get people to submit comments during the rulemaking process. Still, that doesn't mean the list of comments submitted (which is actually still growing) is invalid or that those concerns aren't valid. And Commissioner O'Rielly, when speaking at a FreedomWorks event, couldn't start talking about the public response to the net neutrality rule-making process fast enough.

"I must smile when I hear proponents try to defend net neutrality's enactment," he said. They inevitably refer to the nearly 4 million comments the commission received on the topic. Lost, somehow, is the simple truth that more than 1.6 million, or almost 40 percent, of those comments opposed the imposition of the rules. More important, commission outcomes are not and cannot be decided by poll numbers or letter counts."

That last point says it all and was reiterated by senior FCC officials today when asked if massive backlash against Pai's new rules would prompt the commission to reconsider its plans for Title II classification.

"We will, of course, take into account any comment that is filed, and analyze the arguments and reasoning that is made," an official noted. "At the same time, certainly, the comments process does not function as the equivalent of a public survey opinion or poll, and what matters is the quality of the argumentation presented. The facts that are entered into the record, the legal arguments that are placed into the record — it's not a counting procedure where we decide which side has placed more comments onto the record and that side wins."

Put another way, Wheeler-era net-neutrality opponents can complain as loudly and often as they want. The FCC isn't obliged to please them, even if a majority of commenters are opposed to Pai's plan. Considering what the (normally five-person) FCC looks like right now, it's hard to see how supporters of the existing system even have a chance.

With the ouster of Commissioner Jessica Rosenworcel and former Chairman Tom Wheeler's resignation last year, the ideological leanings of FCC have shifted. Chairman Ajit Pai and commissioner Michael O'Rielly are Republican, and because Republicans have control of the Senate (if only narrowly), it stands to reason that the next commissioner will be a conservative, too. Mignon Clyburn is the third member and sole Democrat on the commission, and the best-case scenario for her is that she's joined by another, even though they'll still be outnumbered. Point is, the bench is currently — and for the foreseeable future, will be — stacked with people who will almost certainly back Chairman Pai's plans.

In this article: ajitpai, editorial, fcc, internet, netneutrality, openinternet, politics, TL17NTNEUT, tomorrow
All products recommended by Engadget are selected by our editorial team, independent of our parent company. Some of our stories include affiliate links. If you buy something through one of these links, we may earn an affiliate commission.