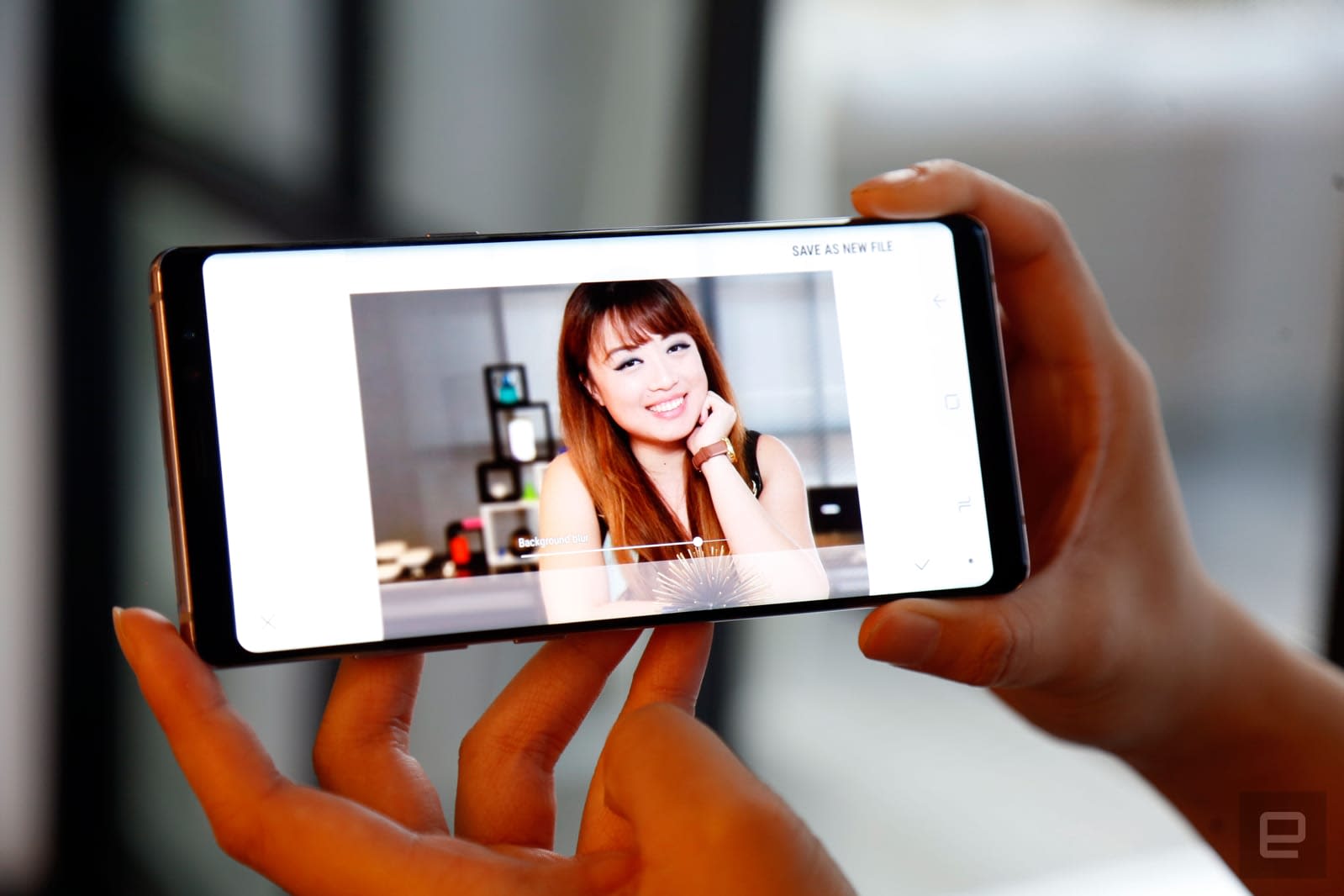 While Samsung used to be known for loading up its smartphones with all manner of gimmicky software of questionable utility, the company has pulled back on its Android customizations in recent years. But with today's unveiling of the Galaxy Note 8, Samsung couldn't resist showing off a new trick to go along with the phone's impressive camera system. Live Messages lets you shoot a photo and draw on it, much like you can do in Snapchat and Instagram. Naturally, the S Pen and the large screen make this a little easier than it might be on other devices. But you're not limited to how you can share it: Live messages are converted to GIFs that you can send to anyone you want.

That's unlike Apple's Live Photos, which capture a little bit of video before and after a photo is shot to add motion to the image. For the most part, they're only viewable on other iOS devices, though there are plenty of ways to convert them for viewing elsewhere. You also don't have to use a photo as the basis of a Live Message -- you can just start drawing and capture the animation and send it, sort of like Apple's digital touch messages that it first introduced with the Apple Watch.

The downside of live messages, at least as we've seen in our testing thus far, is that the the GIFs it creates can be very large -- between 10 and 20MB. Of course, these are just our first initial tests. When we put the Galaxy Note 8 through a full review, we'll dig into the new feature and see how much flexibility there is.

In this article: galaxynote8, gear, GIF, livemessage, mobile, note8, note8event, samsung
All products recommended by Engadget are selected by our editorial team, independent of our parent company. Some of our stories include affiliate links. If you buy something through one of these links, we may earn an affiliate commission.