The Galaxy Note 8's dual camera rivals the iPhone 7 Plus

Samsung was late to the party, but the results were worth the wait.

Samsung may be late to the dual-camera game, but it seems to have put that extra time to good use. The Note 8 is the first major Galaxy handset to sport two rear cameras, with a setup that includes twin 12-megapixel sensors, one with wide-angle lens and one with telephoto. This is arguably the most useful of all the Note 8's new features, which include a refined S Pen, updated software, improved display and a smaller footprint. From my brief time with the phone during a recent demo ahead of today's launch, it's clear that Samsung has a camera setup excellent enough to make iPhone owners consider switching.

Like the iPhone 7 Plus, the Note 8's dual cameras create an artificial depth-of-field effect by blurring out the background, leaving your subject in focus. Samsung's version of Apple's Portrait mode is called Live Focus, and it does several things differently. On the Note 8, you can see and adjust the amount of blur before you capture the picture as well as after. While you're framing your shot, you can drag a slider to open the aperture as wide as f/1.7 to get the most blur. Apple, on the other hand, doesn't let you edit the bokeh after the fact, nor does it show the soft focus in the viewfinder. 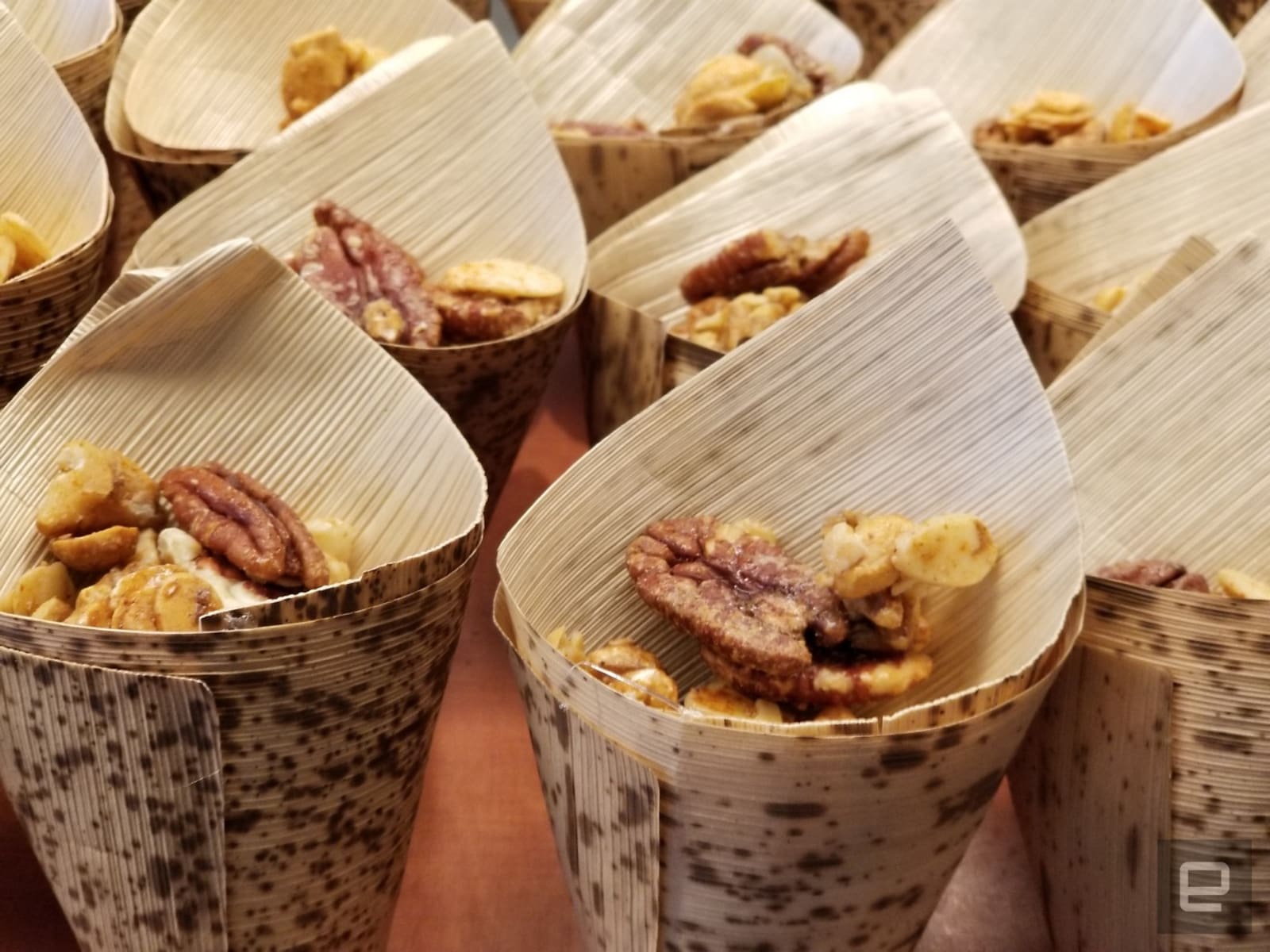 This worked well during my brief demo. I got up close with several cones of mixed nuts, blurring out the ones further away from me. When I looked at the photo afterward, I was given the option to view "normal picture." Tapping that showed me the wider version of the image, which was surprisingly well-composed. I could choose to save the alternate picture as a separate image, too.

I was also impressed by how sharp the images were. Individual lines on the cones' ridged surfaces were crystal clear, even when I zoomed in to scrutinize the details. The Note is also adept at detecting the outline of a subject's head when applying bokeh, although it isn't as precise as the iPhone 7 Plus. Samsung's software is also less aggressive than other Android phones we've tested: The difference between the blurred background and the in-focus subject is less pronounced on the Note 8, making the effect more realistic. 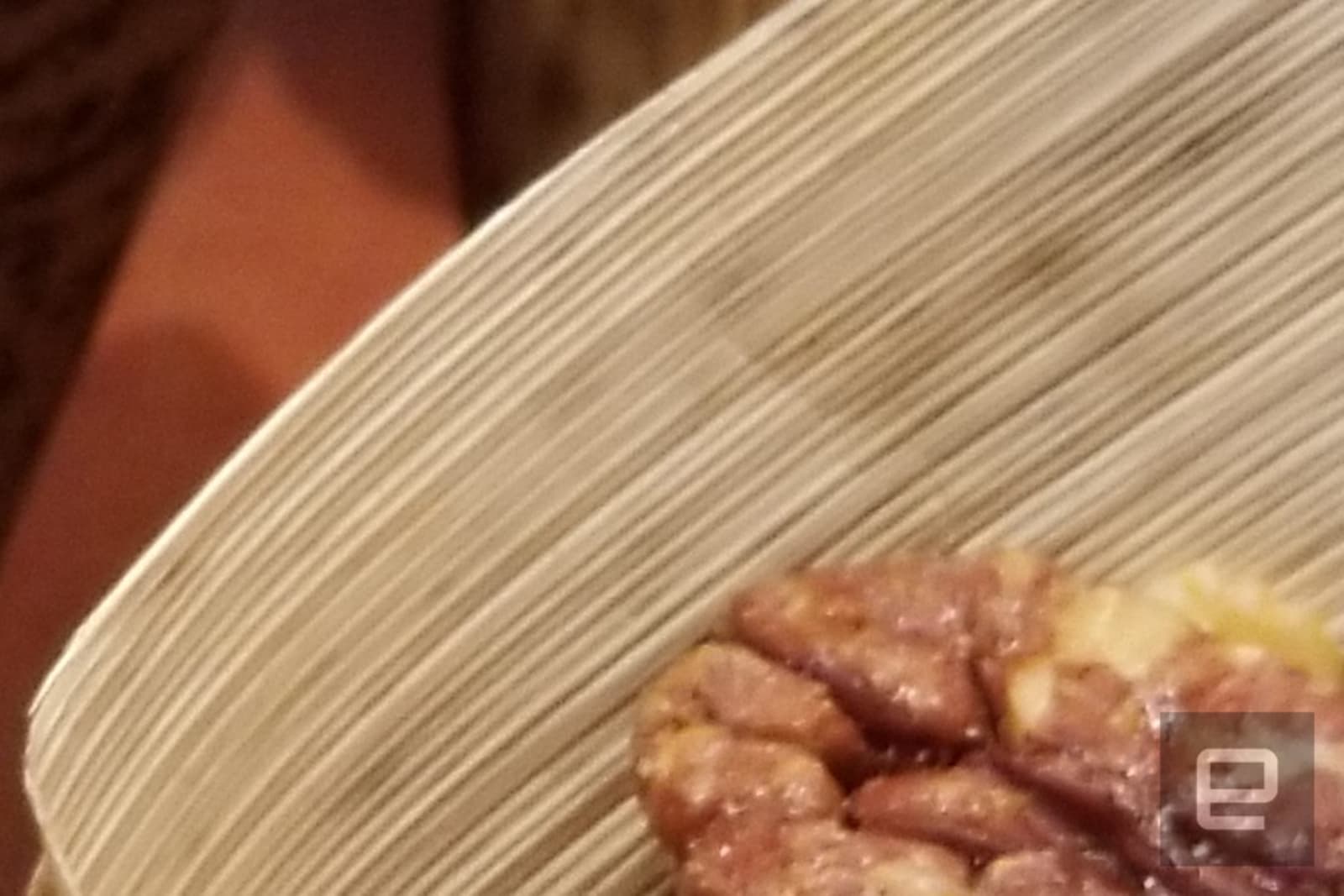 In addition to the Live Focus tool, the Note 8's dual cameras also sport optical-image stabilization (OIS) and 10x digital zoom. During the demo, Samsung showed off how steady the picture on the Note 8 was compared with an iPhone by sticking both to a vibrating box. Indeed, even when I jabbed at the surface on which the phones were resting, the image in the Note 8's viewfinder didn't budge. It almost felt like Samsung had placed a screenshot on the Note 8 (it didn't -- tapping the shutter button did trigger the camera). Meanwhile, the iPhone's photos in the same vibration test all came out fuzzy. This is, of course, a test in a controlled scenario, so we'll have to wait till we can do real-world testing to be certain of the Note 8's advantages. Still, these preliminary results are promising.

The Note 8 retains the dual-pixel sensor (only on the wide-angle camera) that Samsung has used since the Galaxy S7, which helps it focus on subjects much faster than the competition. Plus, the wide-angle lens has a large aperture of f/1.7, so it can let in more light than before. This should improve low-light performance, which I didn't get a chance to try out during my briefing. 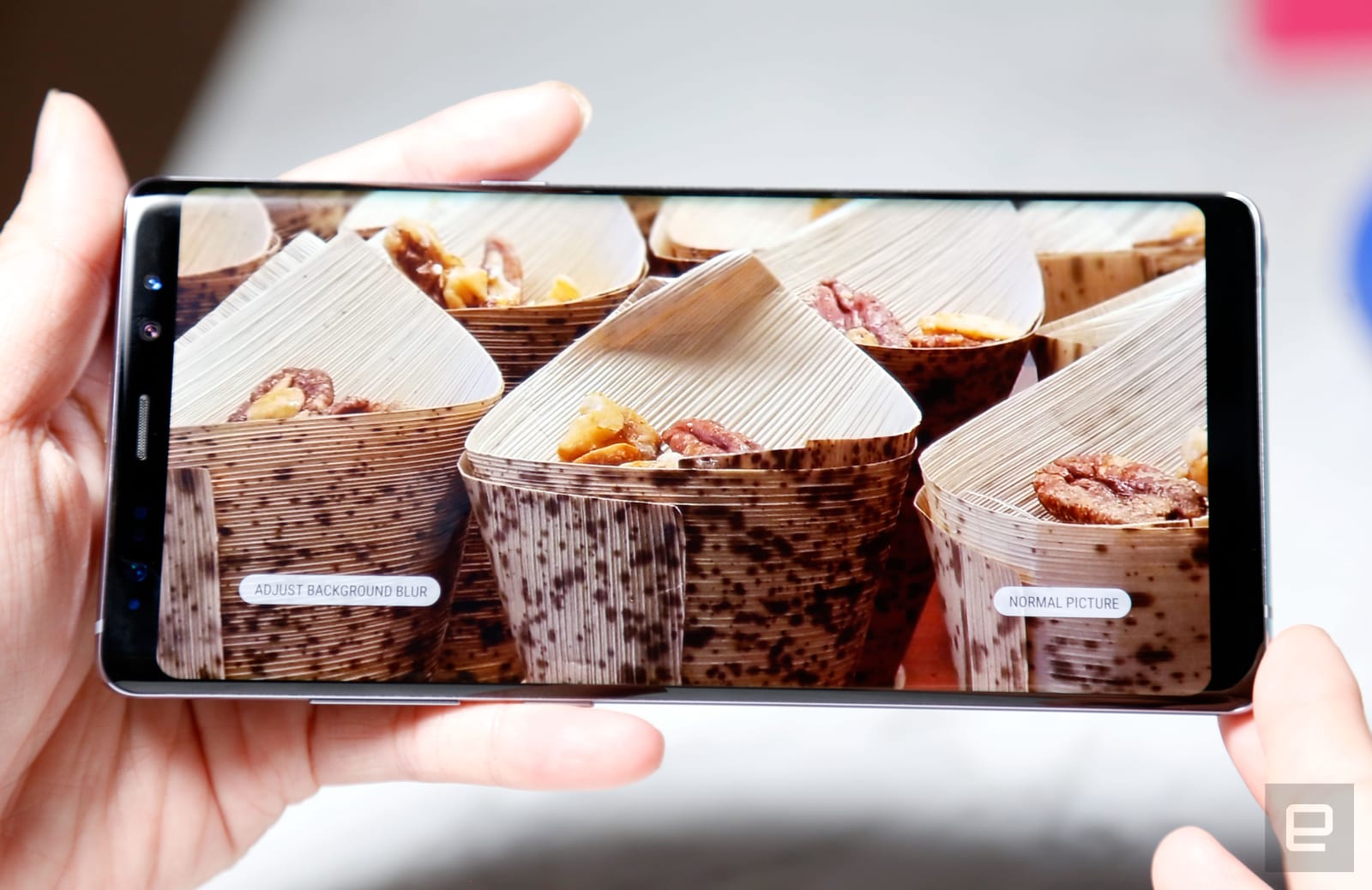 For now, it looks like Samsung has made an excellent device that could nab one of the top three spots in the smartphone camera competition. The company may have initially lagged behind rivals like ZTE, LG, OnePlus and Huawei in delivering a dual-camera setup, but the Note 8's superior system appears to be well worth the wait.