Apple announced three new phones yesterday, increasing buying indecision even more than when it first offered a Plus model alongside the iPhone 6 two years ago. Over the next month or two, the iOS faithful will have to decide between the iPhone 8, the iPhone 8 Plus and the iPhone X. But there really isn't a decision to make: If you can afford to spend a little more, get the iPhone X.

A thousand dollars is an awful lot to spend on a smartphone. But $700 (or $800) isn't exactly small change either. Your existing phone, whether an older iPhone, a Galaxy device, a One Plus or something else, is likely completely and utterly fine -- in fact, it's still amazing. I'm not trying to state the case for upgrading every time the Apple Store goes offline, but I do want you to make an informed choice. There must be some sort of mental disconnect if you're willing to buy the iPhone 8 when you've already seen the iPhone X -- a device that Apple itself says marks the future of its smartphone ambitions.

The iPhone X is only marginally bigger than the iPhone 8, but it has a screen larger than that on the iPhone 8 Plus -- the best of both. There's no Timelord magic here, just those gorgeous shaved bezels we're seeing on an awful lot of phones in 2017. Apple's most expensive phone yet also marks the first time the company has gone for OLED with its phone screens. 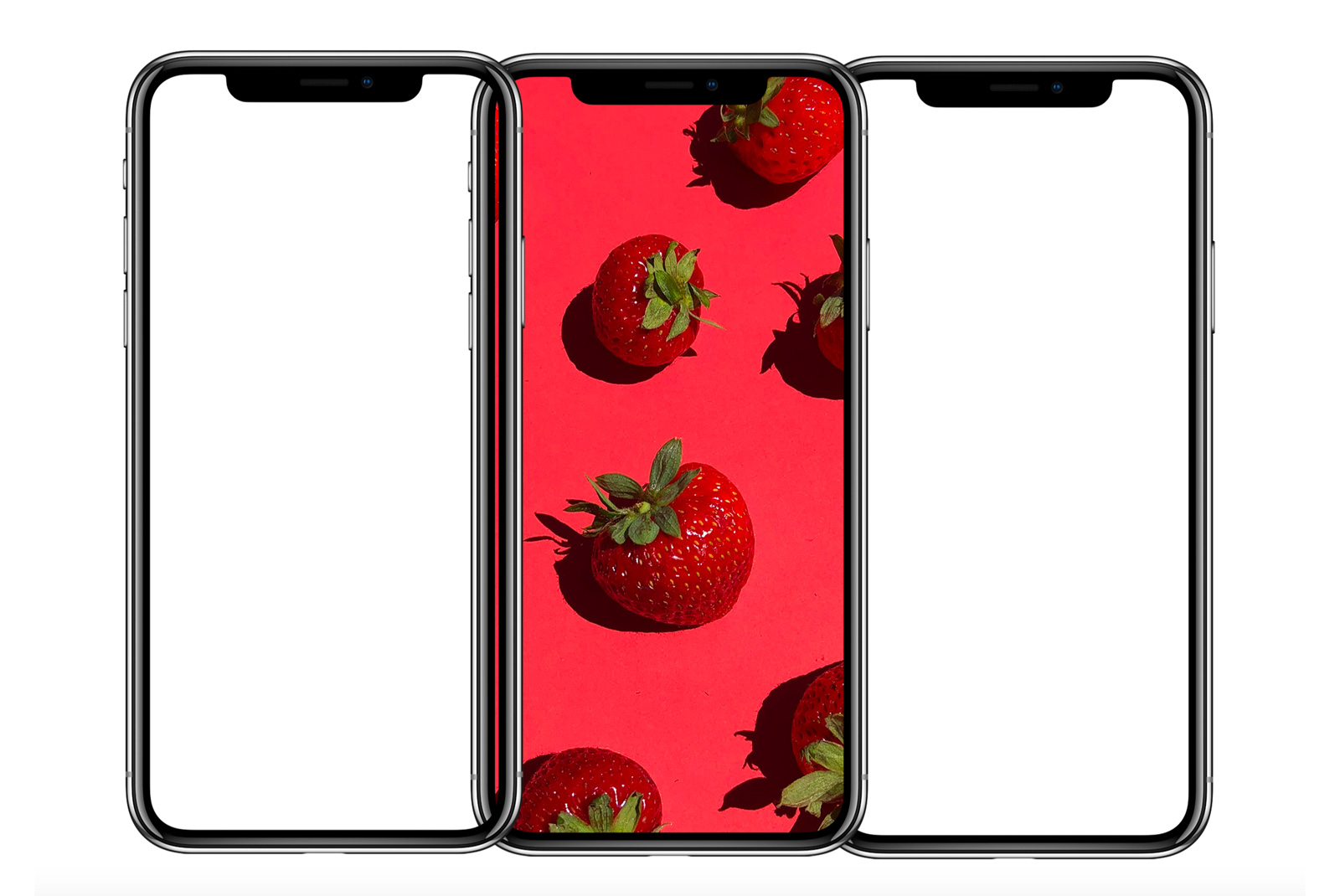 This is widely regarded as the best mobile display tech, and reaffirms Tim Cook's claim that the X will inform the next decade of iPhones. (Even if Android phones were using it years ago -- shush.) Better dynamic range (it can handle HDR video) and improved contrast are some of the major benefits with OLED -- it's just taken a while for Apple to get on board. The iPhone X also touts a higher resolution to complement that new screen tech. It's simply a better display, at least on paper, than any other iPhone.

An edge-to-edge screen comes at a cost, however: It means bidding farewell to the home button. It's fair that some people don't like change, but most of us will adjust. Touchscreen keyboards were pretty divisive too -- ten years ago.

To substitute for the loss of the button's fingerprint scanner, Apple's Face ID combines an infrared sensor, a flood illuminator and a dot projector to identify you and unlock your phone with, well, your face. This is probably the new feature I have the most concerns and questions about -- Nicole Lee has already explained how laborious it seems at this point, especially when Touch ID seems to do the same job so much more elegantly.

The iPhone X looks different and does things differently, whether that's the screen, the dual camera arrangement or the face detection -- I'm certainly hoping for bigger things from this feature. Apple's senior vice president Phil Schiller added that we can expect another two hours of battery life, as compared with last year's iPhone 7 -- and I'd do a lot of things to gain a few more hours of use without having to plug my phone in. (I bought an Apple Watch with similar lofty aims, remember?)

No such battery improvements are promised with the iPhone 8 duo, which apparently will match their predecessors. (The larger iPhone 8 Plus is still expected to last longer -- but given the bigger size and smaller screen, that's no shocker.)

The biggest deal breaker for a lot of readers remains the premium Apple has assigned to its anniversary smartphone. But look at the other options: The Galaxy Note 8 (one of the closest rivals, both in design and specification) is $930 -- just 70 bucks less. At the same time, both the iPhone 8 and 8 Plus cost $50 more than their predecessors. Barring a few features (wireless charging and what appears to be a substantially beefed-up processor), the iPhone 8 doesn't push Apple's phone design forward -- and nor did the iPhone 7, to be honest. Think about it this: Over two years (the average life cycle of a phone), that $200 difference between the iPhone 8 Plus and the iPhone X is $8.33 a month.

If you were just waiting for a new iPhone, they're all going to cost you. But when you already own a smartphone that is perfectly fine, shouldn't you upgrade when a phone is capable of much more? Or -- and this is a very Apple thing -- when a new device is just downright more desirable than whatever you're currently holding? It's not be the best reason to buy a new phone, but the smartphone is a fashion accessory in its own right, and iPhones have always traded on their desirability.

At a time when Samsung has been pushing its own gorgeous bezel-less phones, and even smartphone startups are in on the trend, the iPhone 8 already looks dated. The iPhone 6 came out in 2014 -- a glass-backed makeover doesn't change much. Barring a predilection for the older design (or that home button), I'd say either hold on to your existing phone, save a bit more for the iPhone X, or wait for number 11. Or XI.

In this article: apple, gear, ios, iphone, iphone8, iphone8event, iphone8plus, iphoneX, mobile
All products recommended by Engadget are selected by our editorial team, independent of our parent company. Some of our stories include affiliate links. If you buy something through one of these links, we may earn an affiliate commission.