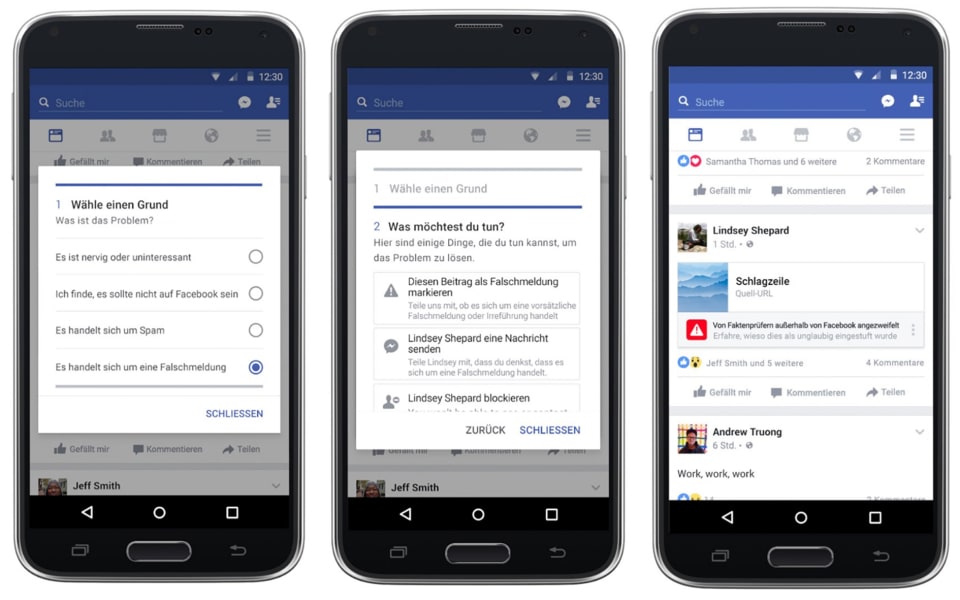 Facebook released a recap today about the efforts it made to minimize the spread of fake news during Germany's recent election. Facebook VP Richard Allan said in the announcement, "These actions did not eliminate misinformation entirely in this election – but they did make it harder to spread, and less likely to appear in people's News Feeds. Studies concluded that the level of false news was low. We learned a lot, and will continue to apply those lessons in other forthcoming elections."

One tactic used by the company was Related Articles, which puts a number of different perspectives right alongside articles covering the same topic. Another was to remove clickbait and spam with Facebook's machine learning systems. Additionally, anytime users visited an article about the election, Facebook provided a way for them to compare all of the major parties' perspectives on that issue, and an Election Hub was set up for users to easily see who was on the ballot.

Allan also said that the site removed tens of thousands of fake accounts during the month before the election, which is a much larger number than the thousands of accounts Mark Zuckerberg noted in his recent update on Facebook's role in promoting election integrity. Along with those efforts, Facebook also assisted the German government with cybersecurity measures.

Facebook says it plans to expand its partnerships with election commissions all around the world. "As long as there are people seeking to disrupt the democratic process, we will continue working closely with our partners — in government and in civil society — to defend our platform from malicious interference," said Allan.

Via: Gizmodo
Source: Facebook
In this article: ai, clickbait, cybersecurity, election, facebook, FakeNews, gear, germany, MachineLearning, MarkZuckerberg, NewsFeed, politics, security, services, spam
All products recommended by Engadget are selected by our editorial team, independent of our parent company. Some of our stories include affiliate links. If you buy something through one of these links, we may earn an affiliate commission.