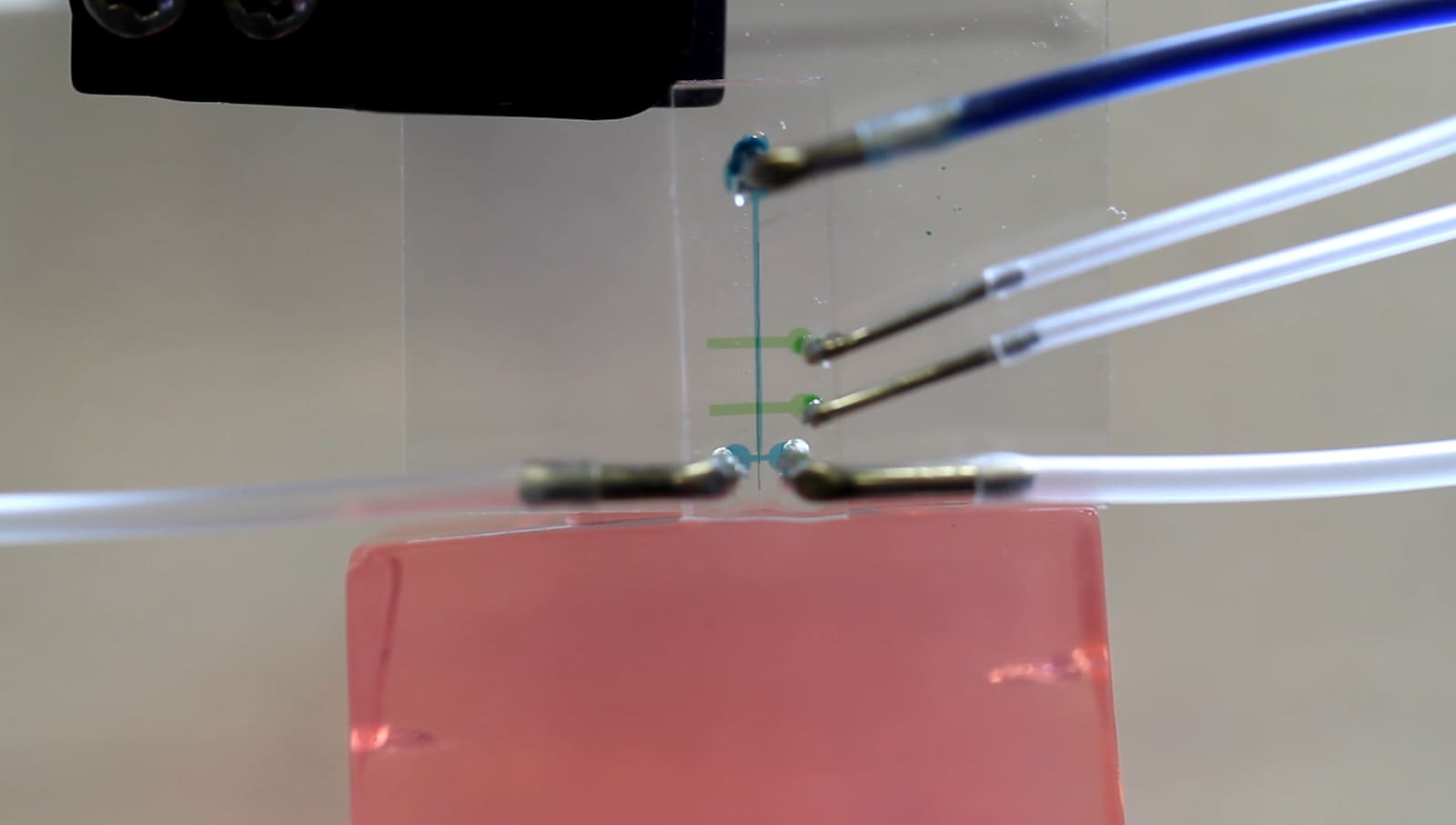 Our neurons are firing all the time, receiving signals from other neurons and sending signals of their own. To get a better understanding of how the brain works, scientists often listen in to those signals to see what kind of messages certain neurons send and how often they send them. Doing that often requires researchers to implant an electrode into the brain, which when it's close enough to a neuron, can pick up on the electrical signals that propagate through the neuron. However, getting an electrode into the brain isn't so easy. They either have to be rigid enough to penetrate the brain and remain straight or be inserted through needles that can keep them straight until they're safely in place. The problem is those rigid structures cause damage as they move through the brain and minimizing that damage is a goal that scientists are constantly working towards.

"The electrode is like a cooked noodle that you're trying to put into a bowl of Jello," Jacob Robinson, a Rice University researcher on the project said in a statement. "By itself, it doesn't work. But if you put that noodle under running water, the water pulls the noodle straight." And the team pointed out that with flexible items, it's easier to pull them than push them. "That's why trains are pulled, not pushed," said Rice University chemist Matteo Pasquali. And because it surrounds the electrode, the fluid's pull is distributed all along the electrode, preventing it from buckling when it hits the tissue.

The team showed that their device could successfully insert a flexible electrode into a gel, a small, squishy, water-dwelling organism called a Hydra, slices of mouse brain and living rats' brains. In the Hydra, brain slices and rat brains, the researchers were able to record neuronal activity with the electrode.

This method could be very useful for scientists studying the brain and the researchers say it has the potential to be used in treatment applications that use electrodes to manage certain conditions like epilepsy or allow people to control artificial limbs.

The research was recently published in ACS Nano Letters. You can check out the fluidic microdrive in action in the video below.

Via: Rice University
Source: ACS Nano Letters
In this article: ArtificialLimb, brain, electrode, epilepsy, gear, medicine, neuroscience, ParkinsonsDisease, research, video
All products recommended by Engadget are selected by our editorial team, independent of our parent company. Some of our stories include affiliate links. If you buy something through one of these links, we may earn an affiliate commission.