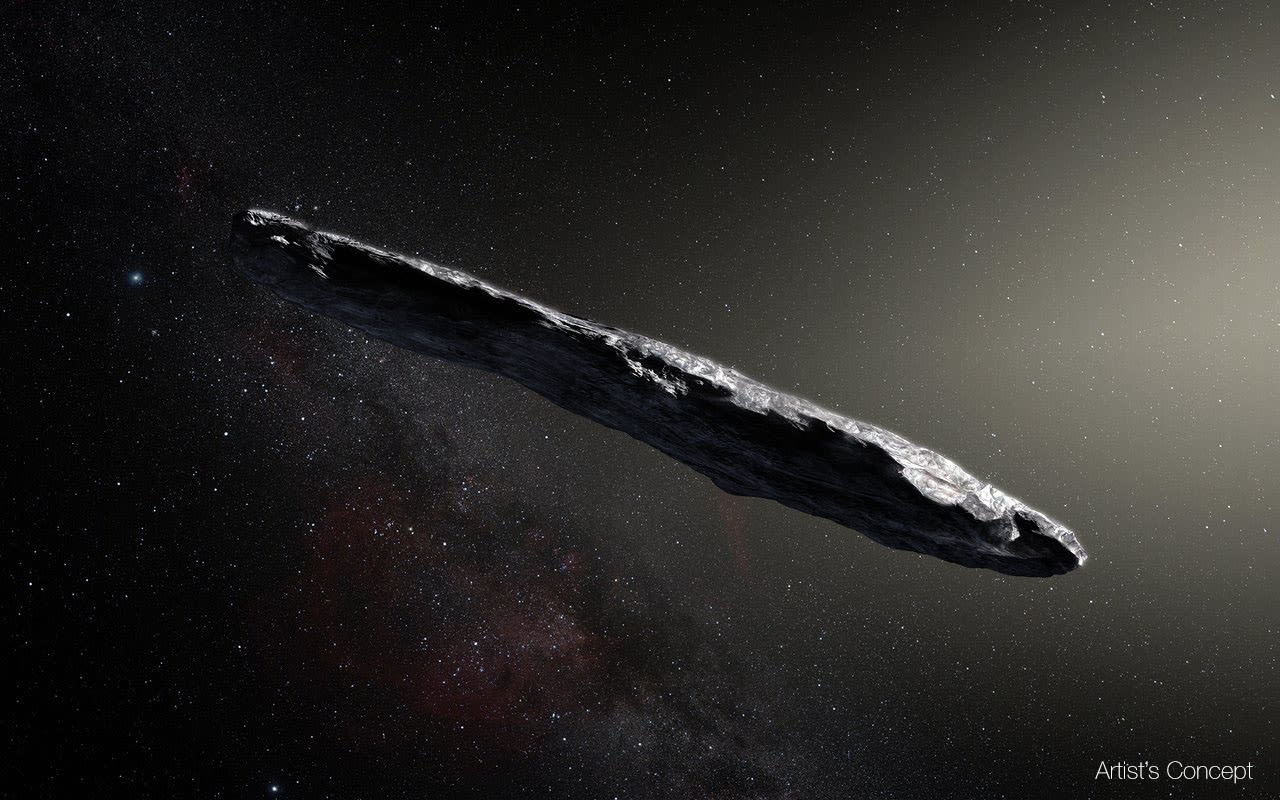 Last month's discovery of a long, thin object floating ominously through space brought about some pretty fevered speculation about the company mankind keeps in this universe. Was it an alien spacecraft? Were little green men about to visit Earth? No to both, seems to be the answer, but while researchers still aren't sure what the object -- named "Oumuamua" -- actually is, they have revealed that it appears to be covered in a thick layer of organic gunk and is icy cold on the inside.

A new paper published in Nature Astronomy says that "Oumuamua might have a frozen heart, encased in a soft coat of carbon-rich gunk soft enough to sink under your boots". Scientists suspect that the dark red material is likely made from organic ices which have been broken down after millions of years of cosmic radiation, and is robust enough to protect the object's cold interior.

But exactly what's going on inside Oumuamua will remain a mystery, since it's now blasting away from our solar system. Speaking to Popular Science, the paper's lead author Alex Fitzsimmons said: "Is there really water ice inside? What is the interior structure really like? We'll probably never know for sure with Oumuamua, but another one will be spotted at some point in the future. Hopefully we will have more time to study the next one."

Via: Popular Science
Source: Nature Astronomy
In this article: asteroid, astronomy, cosmic, object, organic, Oumuamua, radiation, space, tomorrow
All products recommended by Engadget are selected by our editorial team, independent of our parent company. Some of our stories include affiliate links. If you buy something through one of these links, we may earn an affiliate commission.