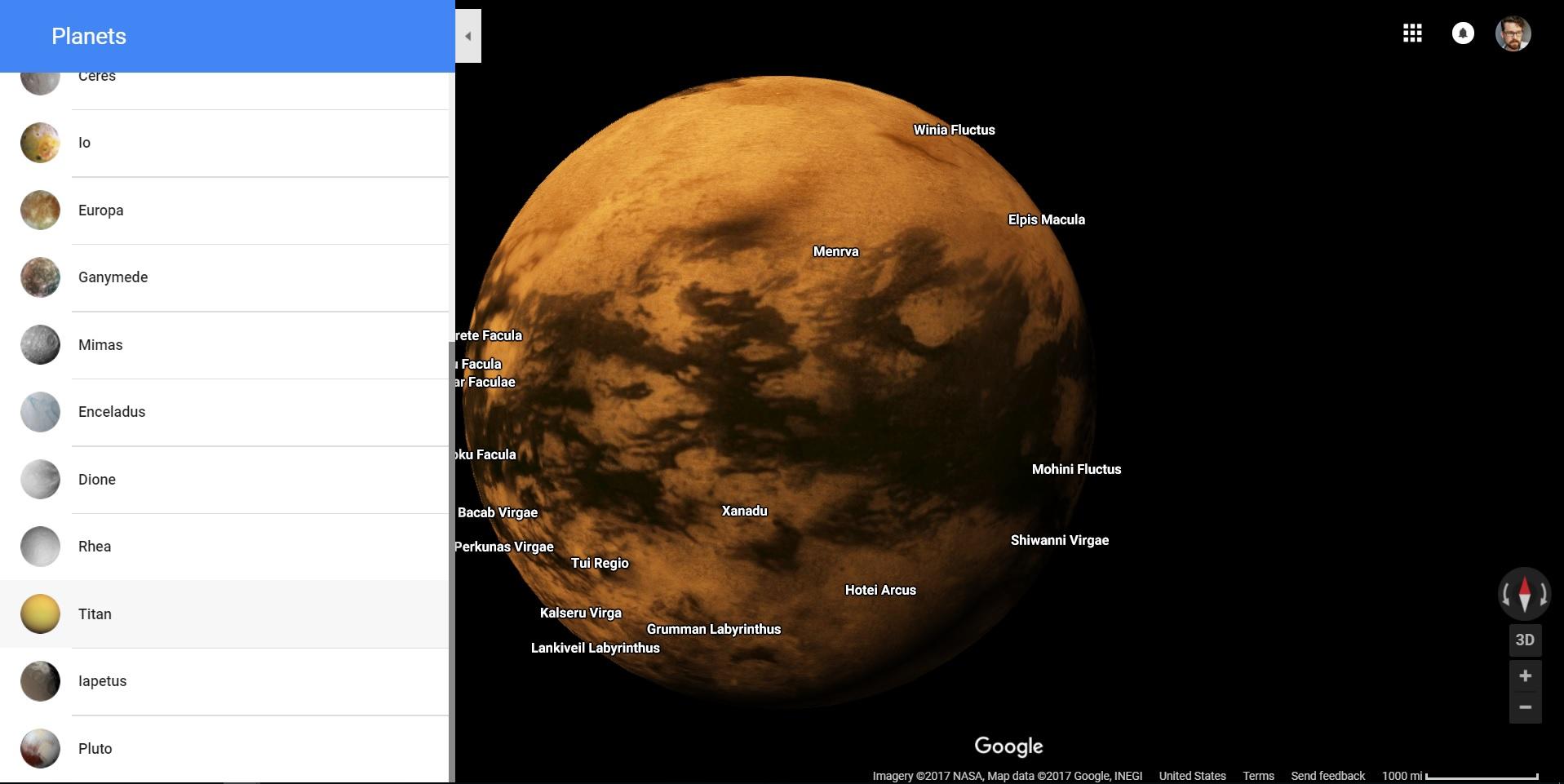 Google first added the moon and Mars to Google Maps back in 2014 to commemorate the Curiosity rover's second year exploring the red planet. Sure, you couldn't zoom down to Street View level, but it's the closest many of us will get to the celestial bodies. If that wasn't enough extraterrestrial fun, Google has answered your prayers: Mercury, Venus, Pluto and ten moons from other planets have been included in the roster.

Notably missing are the gas giants. Instead, users can venture around several moons from Jupiter and Saturn, including Enceladus where the recently-deceased probe Cassini discovered evidence of a global ocean. After you've ventured out to the edge of our solar system viewing the non-planet Pluto, make sure to take a walkthrough of the ISS on the way back, which Google Maps added in July.

In this article: google, GoogleMaps, jupiter, mars, moon, saturn, space
All products recommended by Engadget are selected by our editorial team, independent of our parent company. Some of our stories include affiliate links. If you buy something through one of these links, we may earn an affiliate commission.