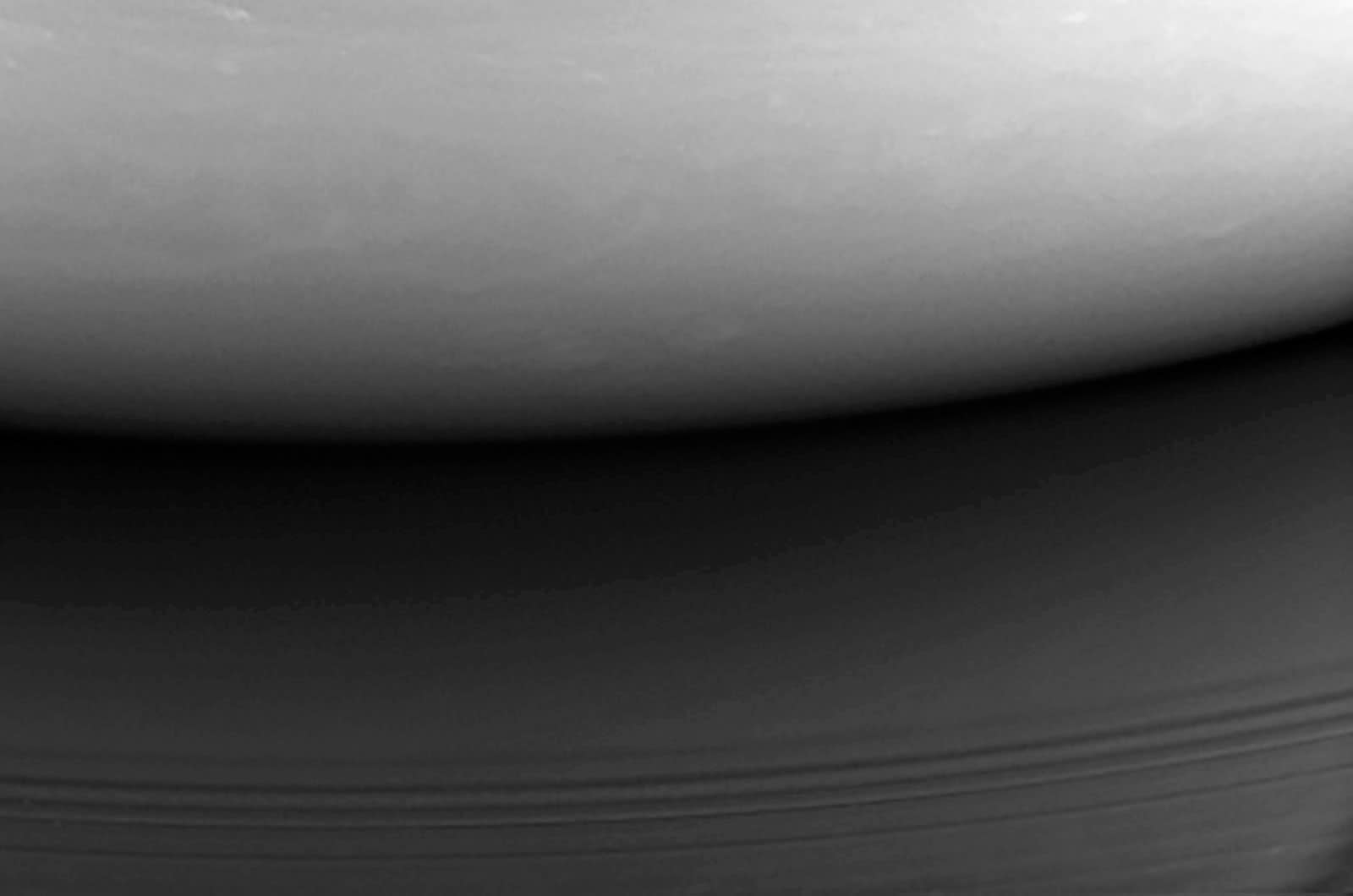 "The signal ... is gone and within the next 45 seconds, so will be the spacecraft."

At around 7:31 AM eastern time, the Cassini-Huygens spacecraft disintegrated and plunged into Saturn, becoming the only man-made object ever to touch our solar system's second largest planet. "The signal from the spacecraft is gone and within the next 45 seconds, so will be the spacecraft," said NASA JPL Cassini program manager Earl Maize. "This has been an incredible mission, an incredible spacecraft, and you're all an incredible team."

In a fitting end to the tough spacecraft, which outlasted its projected mission lifespan by over nine years, Cassini kept sending science data back to Earth a full 30 seconds longer than expected. It spent that precious half-minute sampling molecules in the planet's atmosphere. "Those last few seconds were our first taste of the atmosphere of Saturn," JPL Director Mike Watkins said. "Who knows how many PhD theses are in that data?"

The spacecraft didn't quite die when it hit Saturn, as a tiny trace of it -- its final radio signals -- reached Earth 83 minutes later. It was a billion miles aways when it crashed on Saturn, a gas giant 764 times larger than Earth by volume. Despite minimal risks, NASA, JPL and its partners crashed and burned it on Saturn to ensure that any stray microbes wouldn't get to Titan and other moons, which hold the potential to support life.

During its mission, Cassini made numerous scientific discoveries and significantly changed the way we think about our solar system. Some of the highlights include finding vertical structures on Saturn's rings, landing the Huygens probe on Titan, photographing Titan's surprisingly Earth-like frozen landscape, finding saline flats that show Titan could support life and finding water on the tiny moon Enceladus (for more, see our summary here). Suffice to say, the Cassini team was emotional in the final hours. "I'm going to call this the end of mission," said Maize, once the signal disappeared. "Project manager, off the net." As with Voyager, the Mars rover Spirit and other prolific spacecraft, the team became more than attached to Cassini. "We can't go there ourselves, so we build a spacecraft and load it up with instruments, and then we put on our hopes and desires and we send them there," said science planner Jo Pitesky.

Still, all good things must end, and NASA's mission statement is "to pioneer the future in space exploration." So what's next? There's plenty to look forward to, including the ARRM Asteroid Redirect mission, Europa Clipper to Jupiter's icy, potentially life-supporting Europa moon and the Mars 2020 Rover mission, to name just a few. For an overview on what's to come, we've got much more here.