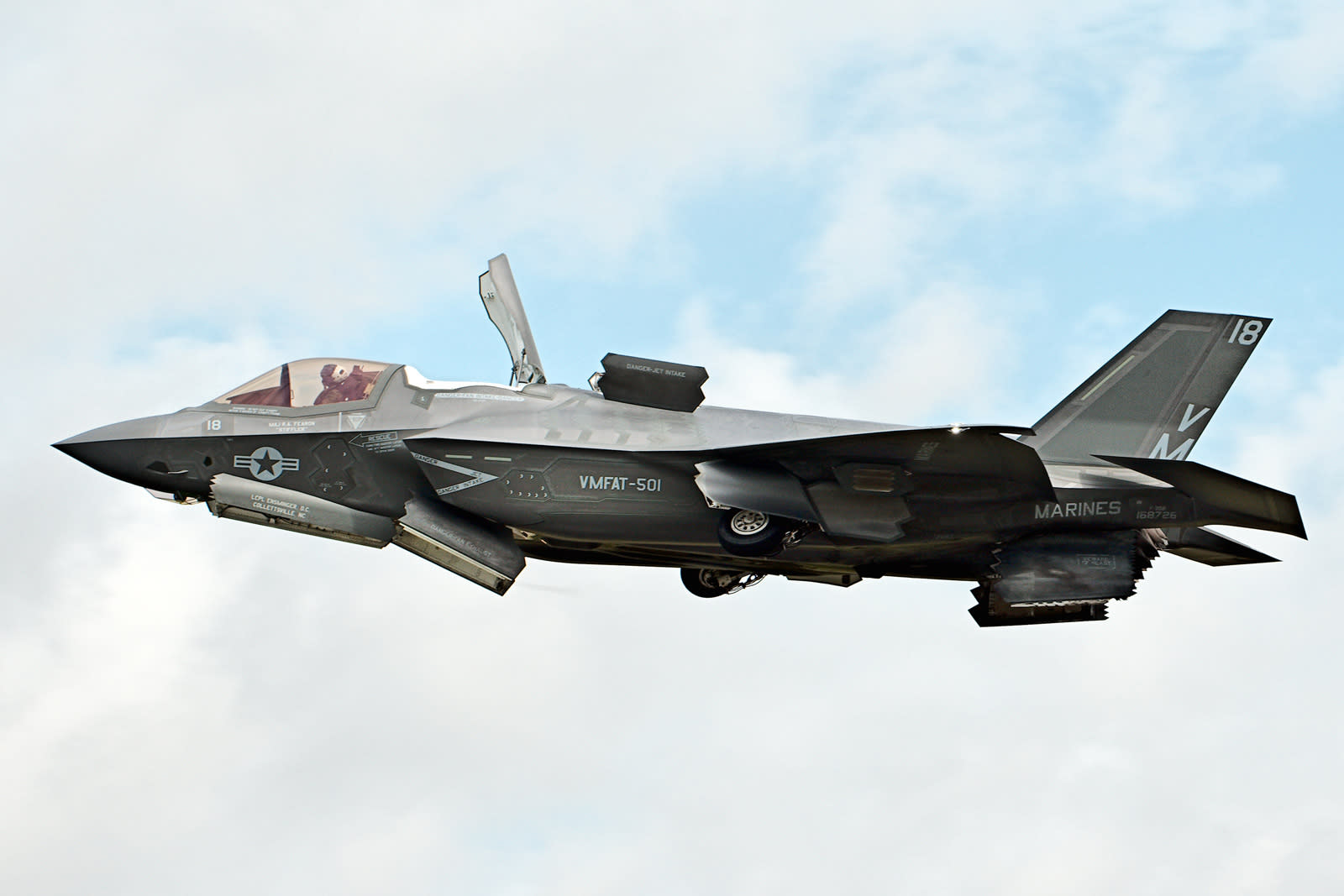 After a very long and problematic development process, the F-35 Lightning II is about to serve on the front lines. The US Marine Corps is deploying the F-35B (the short takeoff and vertical landing variant) to ships in the Central and Pacific Command theaters in the spring and summer of 2018. The 13th Marine Expeditionary Unit is traveling aboard the USS Essex, which is headed to the Middle East, while the 31st will be attached to the USS Wasp and might head to the coast of North Korea.

While it wouldn't exactly be heartening news if the F-35 did have to see combat, it would put the multi-role stealth fighter's many technological systems to the test. The B's clever STOVL system is its centerpiece, letting it operate from Marine ships and bases that don't have the space for conventional aircraft. It's also a pioneer inside the cockpit, with giant touchscreen displays and an in-helmet display that replaces the conventional HUD. Basically: where the F-22 is a relatively familiar design in some respects, the F-35 is more of a clean break.

The Marines will eventually field 420 F-35s, 67 of them being the carrier-oriented F-35C. They should eventually replace combat aircraft ranging from the Harrier (the original VTOL combat jet) to the Hornet. Not everyone is as thrilled with the design, though. Its development was plagued by numerous glitches, including software bugs and hardware design flaws (including one that led to a pre-takeoff accident). Also, cost overruns and high prices have led to scaled back orders. The F-35 may be a technical marvel, but there were many, many sacrifices involved in putting it into service.

In this article: aircraft, f-35, f-35b, fighter, gear, jet, lockheedmartin, marines, military, stovl, transportation, usmc, wargadget
All products recommended by Engadget are selected by our editorial team, independent of our parent company. Some of our stories include affiliate links. If you buy something through one of these links, we may earn an affiliate commission.