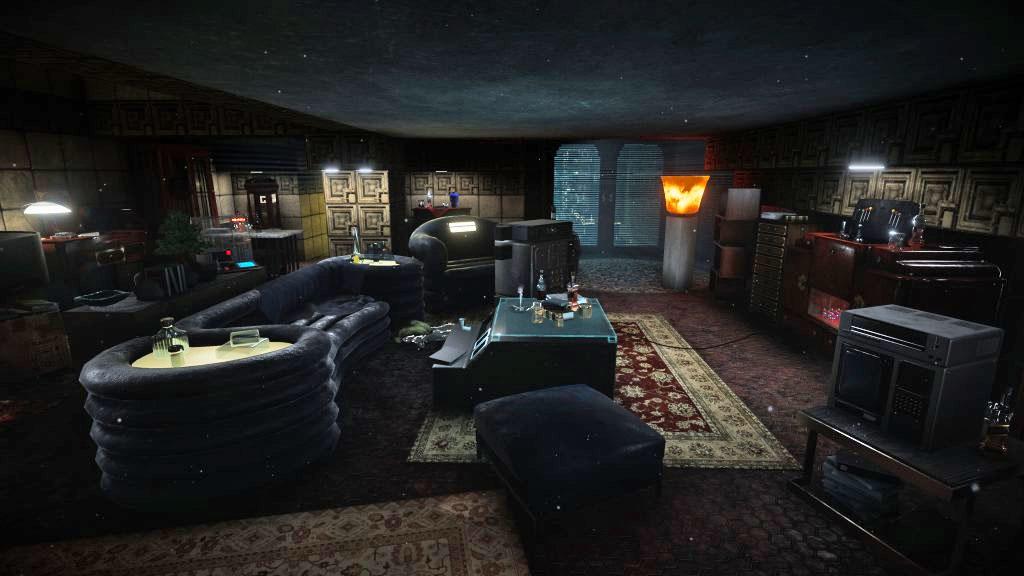 Fans of Blade Runner can now have an interactive snoop through spacecop Rick Deckard's LA apartment thanks to a lovingly-built, fan-made virtual tour. The game, Blade Runner 9732 (the number of Deckard's apartment, obviously) has been created by super fan Quentin Lengele, who's faithfully recreated as much of the set as possible for you to explore. Yes, the ESPER machine is there, and yes, you can sit on the balcony watching the rain-lashed city.

The game's texture and lighting isn't hugely sophisticated, but it doesn't need to be. This is the work of an enthusiast sharing his passion with other like-minded fans. And it's fun, even with its limitations (Lengele says he plans on adding more interactive elements in the next version), and with its baffling blank spot fill-ins -- there are six cans of Axe deodorant in the bathroom cabinet, for example (although to be fair, 2019 is only a year away now).

Lengele released a free beta version on Google Drive over the holidays, with optional support for HTC Vive cybergoggles (no Oculus so far). It's due to launch fully on Steam on January 7, although as it's an unofficial product it might not make it that far, so if you want to explore Deckard's pad you'd better pay a visit now.

In this article: 9732, av, BladeRunner, BR9732, ESPER, game, gaming, HTCVive, interactive, Steam
All products recommended by Engadget are selected by our editorial team, independent of our parent company. Some of our stories include affiliate links. If you buy something through one of these links, we may earn an affiliate commission.