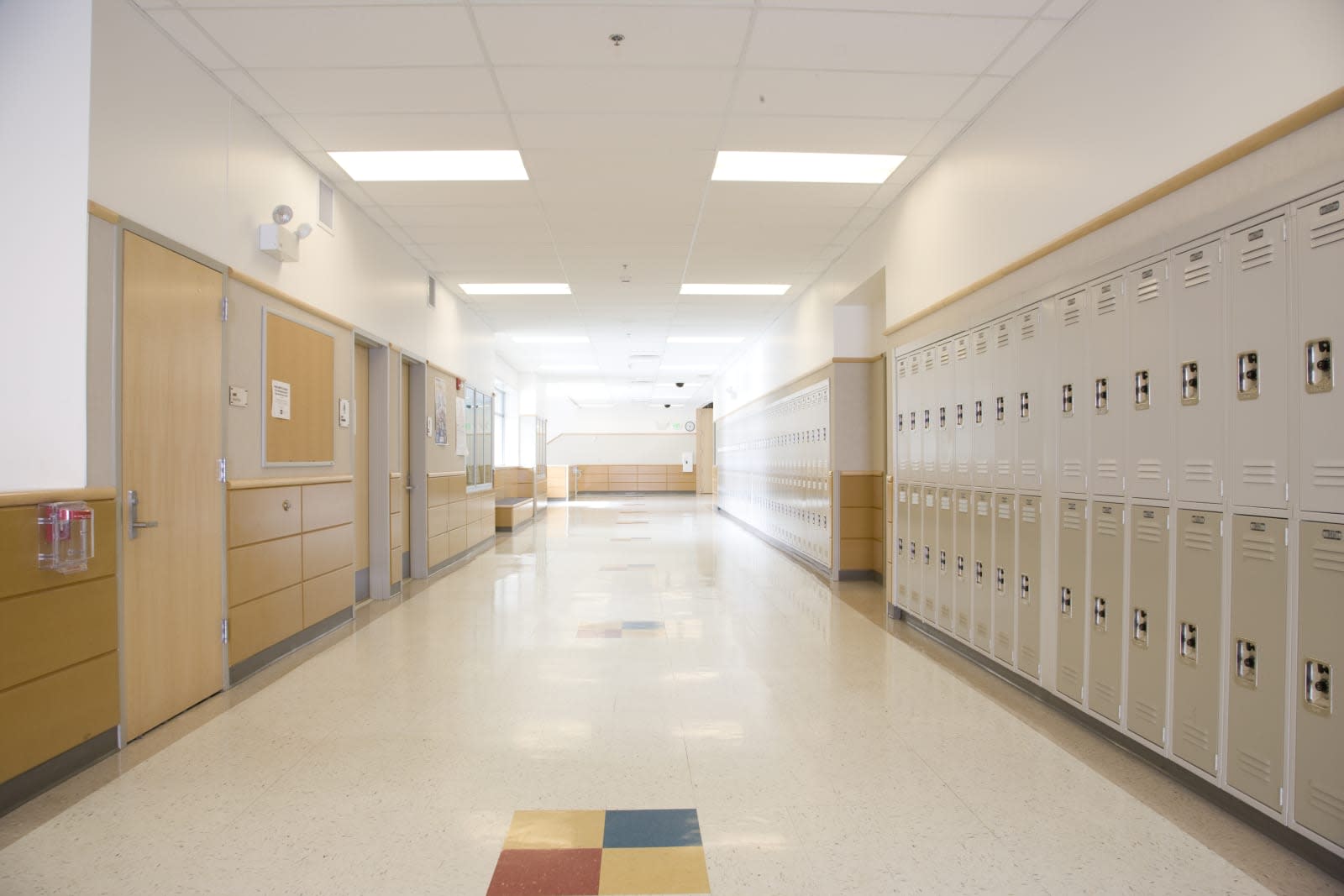 Last June, the Department of Homeland Security (DHS) released a virtual training program for first responders aimed at preparing them for an active shooter incident. Now, there's a program specifically for teachers. "With teachers, they did not self-select into a role where they expect to have bullets flying near them. Unfortunately, it's becoming a reality," Tamara Griffith, one of the chief engineers of the program, told Gizmodo. "And so we want to give them that chance to understand what options are available to them and what might work well for them."

The platform, called Enhanced Dynamic Geo-Social Environment, or EDGE, was developed by DHS and the US Army and was built on Epic Games' Unreal engine. For this particular program, the developers listened to audio taken from the Virginia Tech and Sandy Hook shootings in order to make the simulations as accurate as possible. They also spoke to a mother of one of the Sandy Hook victims, according to the Associated Press, and she gave them details about what happened throughout that day.

In the training program, participants can play the role of teacher, shooter or officer and the program can take into account different safety measures that a particular school might have. For instance, intercom systems or automatic locks can be worked into the simulation. While working through the virtual shooting incident, participants are given tips on effective practices such as locking doors and constructing barricades. "The more experience you have, the better your chances of survival are," said Griffith. "So this allows you to practice and have multiple experiences [and] know what works and what doesn't work."

The EDGE simulator for teachers is scheduled to be released this spring.

In this article: av, DepartmentOfHomelandSecurity, EDGE, EpicGames, gear, services, shooting, teachers, training, UnrealEngine, UsArmy, video, vr
All products recommended by Engadget are selected by our editorial team, independent of our parent company. Some of our stories include affiliate links. If you buy something through one of these links, we may earn an affiliate commission.