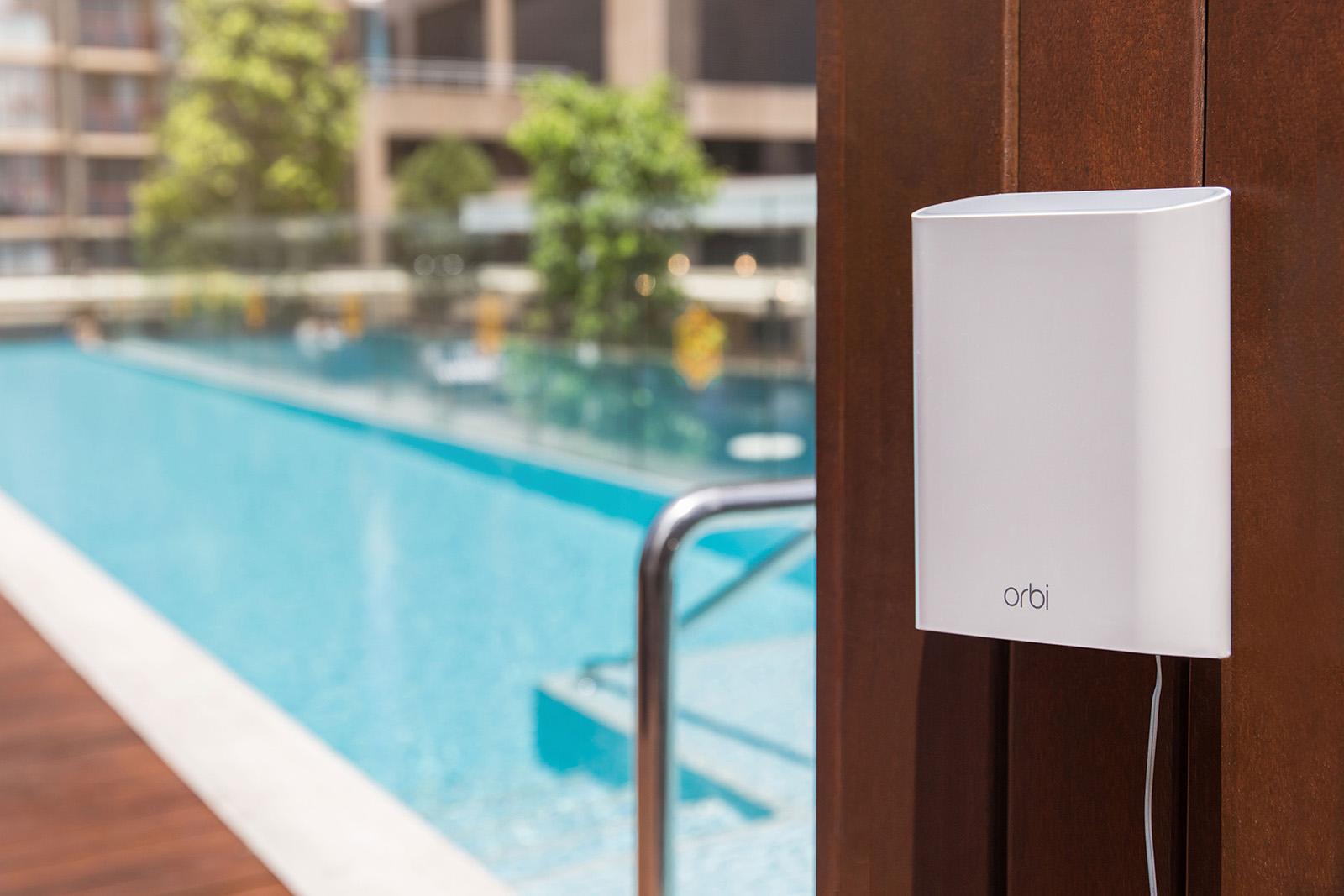 WiFi mesh networking is not for the faint of wallet, but if you're going to spend the money, Netgear's Orbi is one of the better systems out there. Until now, it's been geared toward indoor home and apartment use, but Netgear has introduced the Orbi Outdoor Satellite (RBS50Y). The device lets you expand coverage by up to 2,500 square feet, making it ideal for use by your pool, garage or guest house.

Mesh networks make it easy to cover tricky homes with lots of rooms and floors by giving you multiple access points, all working on the same network. The downside is the price. The original Orbi and satellite kit, which covers 4,000 square feet, costs $400, and extra satellites cost about $225. In contrast, Netgear's own R7000P Nighthawk router is less than $200.

Unlike a WiFi extender, the Orbi Outdoor Satellite becomes another node in your mesh, giving you a single network name and seamless handoff when you roam outdoors. And like the main system, it has a dedicated channel for data transfers between the satellite and router, freeing up the main channels for your devices. It also has a guest WiFi network that keeps your family or employees firewalled if you use it for a small business.

The system uses Netgear's Fastlane3 tech with Tri-band WiFi and quad-stream wireless transfer over the 5Ghz band. The company promises a quick installation "in minutes" via a special button or using the Orbi app. If you have a really big yard, then you're probably rich enough to afford multiple Orbi satellites, which work together to extend network coverage.

The Orbi Outdoor Satellite is weather resistant to IP56 against dust, water and sub-zero temperatures, and can be installed using a stand or wall mount. It also features an ambient night LED night light that can be turned on or off at specific times.

You're probably bracing for the price, so here it is: You can get it through Netgear partners, reseller channels and e-commerce sites starting today, for $330.

In this article: CES2018, gear, internet, MeshNetworking, Netgear, OrbiSatellite, RBS50Y, Reception, Routers, WiFi
All products recommended by Engadget are selected by our editorial team, independent of our parent company. Some of our stories include affiliate links. If you buy something through one of these links, we may earn an affiliate commission.