'Black Mirror' predicted our dystopia. How does it evolve?

We get it, tech can be bad.

Before Black Mirror became a Netflix phenomenon, it was the very definition of a cult hit. It appeared on the British network Channel 4 out of nowhere in 2011, and for years it was almost impossible to find outside of the UK. That, to be honest, felt fitting. Its biting and deeply observant commentary on technology's creeping influence in our lives felt dangerous. In many ways, it was like the Twilight Zone reborn. Black Mirror was so prescient, it predicted that a cartoonish reality show star could almost win an election thanks to the power of social media. But in its fourth season, available exclusively on Netflix, the series' cautionary lens on tech is beginning to feel stale.

There's no doubt the world in 2018 is a very different place than when Charlie Brooker and Annabel Jones started the series. You could say we're basically living through a Black Mirror episode. We're more addicted to smartphones than ever. Social media companies have a tremendous sway on how we consume news, making it harder to discern fact from fiction. And, of course, there's a reality show star sitting in the White House who could start a nuclear war while tweeting from the toilet. Compared to that, a story simply telling us that we should be wary of child surveillance technology doesn't seem as compelling. We know.

It could be that we're just holding Black Mirror to high standards, given just how trenchant it's been over its first three seasons. Fifteen Million Merits (my personal favorite) thrust us into a futuristic world where people live in rooms surrounded by screens, are forced to exercise for money and their only respite is a vapid reality TV show. Be Right Back is a somber tale of romantic loss that explores the creation of a digital consciousness and the value of an android's life. And White Christmas, the show's Netflix debut special starring Jon Hamm, explored the existential horror of forcing AI to live through months of isolation at the turn of a dial. Sure, every episode isn't a slam dunk -- the voyeuristic punishment of White Bear and the bee drones (yup) for Hated in the Nation come to mind. But the show's dramatic highs overshadowed those pitfalls.

In season four, it's as if Brooker is struggling to find something truly new to say. Or perhaps it's just becoming easier to see the mechanics of his allegorical tales. New technology might seem useful at first, but it eventually reveals itself to be something that controls our lives or strips us of our humanity. (Much like the Twilight Zone episode The Man in the Bottle, they typically lean on the downsides of something you've wished for.) And when he's not exploring that, he ponders the sentience of digital life. There's certainly room to mine for more stories around these topics, but they don't feel as fresh as they used to. And at times, the predictability of Brooker's storytelling begins to feel didactic and laughable to the point of self-parody.

The key to good parenting. pic.twitter.com/1eLks4754S

Arkangel, for example, tells the story of a mother who implants a surveillance device in her young daughter after almost losing her at a park. She can track the child's location through a tablet, an obvious extrapolation from the increasing popularity of today's GPS trackers for kids. Going further, though, she can see and hear everything her daughter does. And, just to take things into true dystopian territory, she can also block her child from seeing disturbing imagery -- in her eyes, it just ends up looking like amorphous blobs. (That's similar to how people could choose to "block" themselves from your vision in White Christmas.) Naturally, that leads to emotional development issues and bigger problems when she's a teenager.

While the episode brings up some interesting ideas, it doesn't really say anything new. We can see the pitfalls from the beginning, especially since we've seen similar scenarios before in Black Mirror. There isn't much room for the story to surprise us. And it doesn't help that the episode ends with a flash of violence that feels as if it's there for shock value, instead of exploring what the technology means to the characters or the predicting dangers of extreme surveillance. 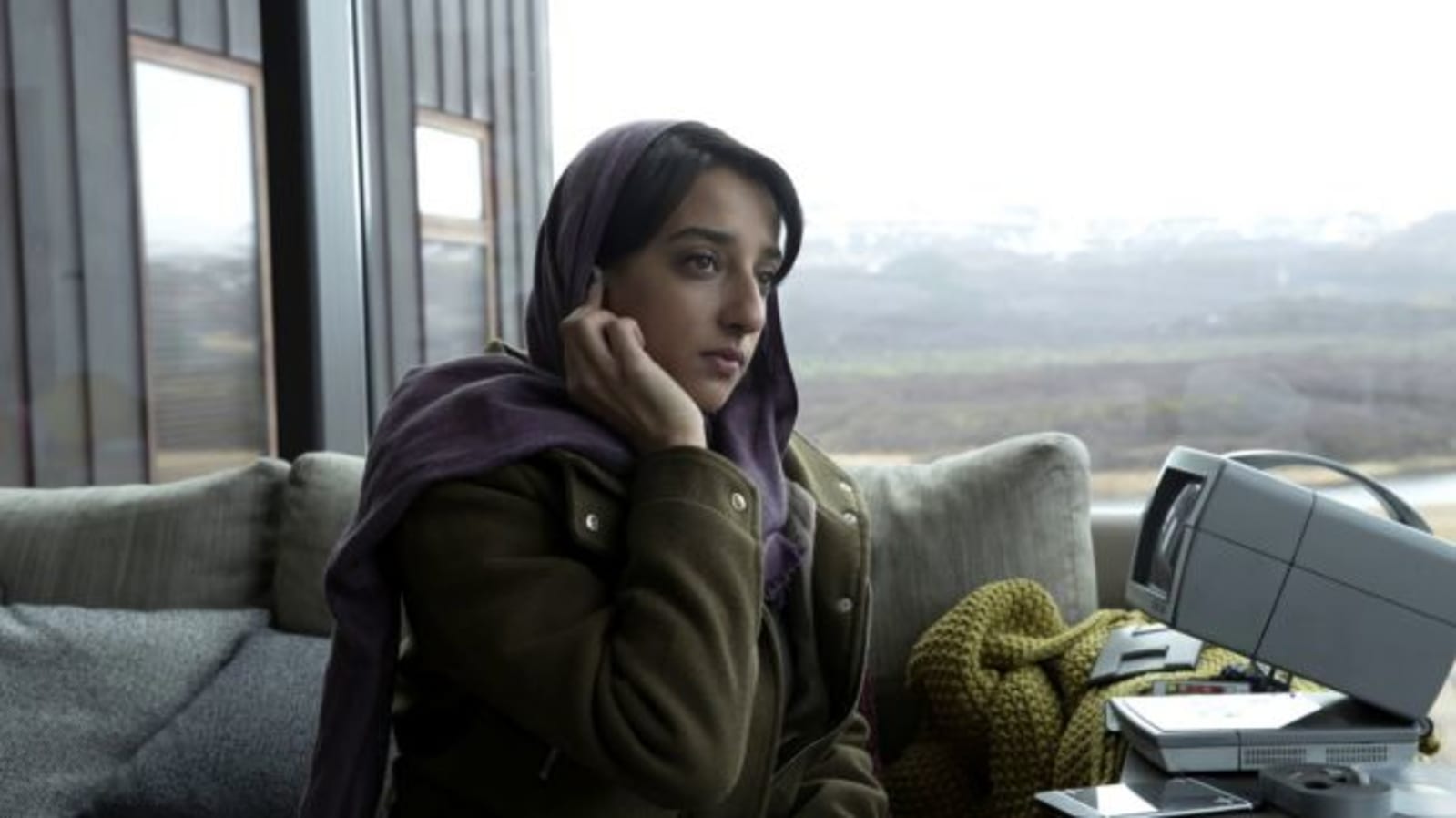 Similarly, Crocodile introduces an intriguing concept -- a device that can read your memories -- but fails to do much with it. Booker frames it as a noir tale: An accidental killing occurs, and inevitably, violence begets more violence. All the while, an inquisitive insurance agent uses the memory reading technology to verify a claim from a client, which eventually puts her on the path of the killer. We're told that it's mandatory for people to open up their memories to investigations, which shows a society where civil rights and privacy are secondary to security and conformity. But that world building is bogged down by clunky and at times nonsensical storytelling.

Even the highlights of this season feel more reminiscent of earlier Black Mirror episodes than anything truly new. Hang the DJ gives us a unique take on the algorithmic matchmaking behind dating apps, but it's not nearly as moving as last season's Emmy-winning San Junipero. And Black Museum gives us a smattering of familiar Black Mirror concepts where the pitfalls are easy to see from a mile away. It's ultimately a moving exploration of digital consciousness, but it's hard not to feel like we've gone down this path before. 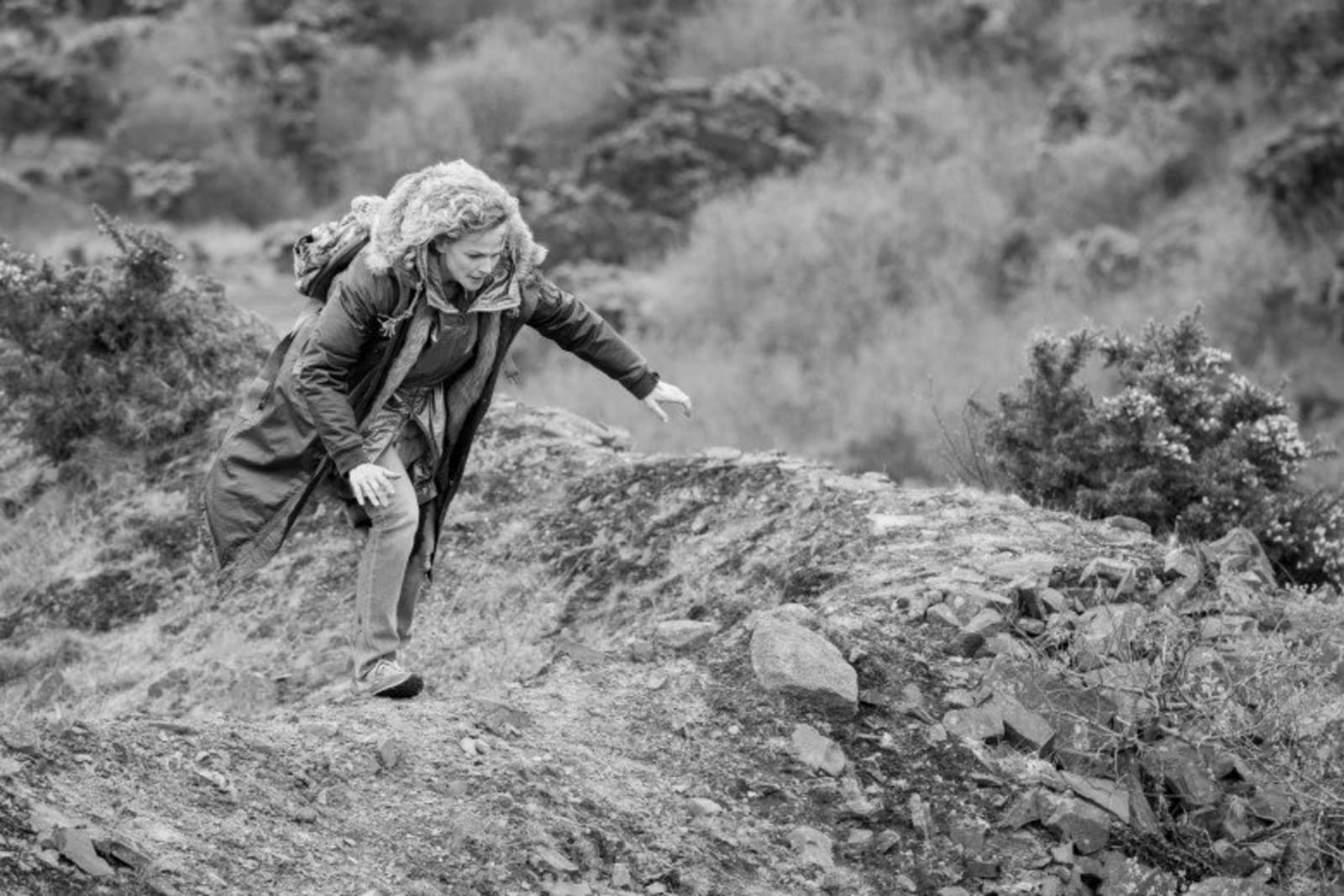 Black Mirror still manages to explore a few new concepts this season. USS Callister is Brooker's take on modern misogynistic gamer culture, which also ends up being a hilarious Star Trek spoof. Metalhead is a straightforward horror tale, reminiscent of The Terminator. The core idea behind it is pretty silly -- What if there were killer Aibos?! -- but it's held together by solid direction from David Slade (Hard Candy, Hannibal).

So where does Black Mirror go from here? Hopefully, Brooker opens the show to more writers with fresh ideas. He's written most of the series so far and only occasionally brought in collaborators. Just two episodes, The Entire History of You and Nosedive, feature scripts he didn't write (though he did get a story credit on the latter). While Brooker might fashion himself as the next Rod Serling, even he made room for the likes of Richard Matheson and Ray Bradbury on The Twilight Zone.

Black Mirror might just be a victim of its own success. It's done such a good job of warning us about where we're headed, its commentary is beginning to feel practically obvious today. There's still room for Brooker's unique brand of criticism, though. Perhaps instead of focusing so much on the dangers of specific innovations, it's worth exploring how they come about, and the societal pressures that make them flourish. Instead of leaning into the idea of technological dystopias, let's see how we get there.

All products recommended by Engadget are selected by our editorial team, independent of our parent company. Some of our stories include affiliate links. If you buy something through one of these links, we may earn an affiliate commission. All prices are correct at the time of publishing.
View All Comments
'Black Mirror' predicted our dystopia. How does it evolve?