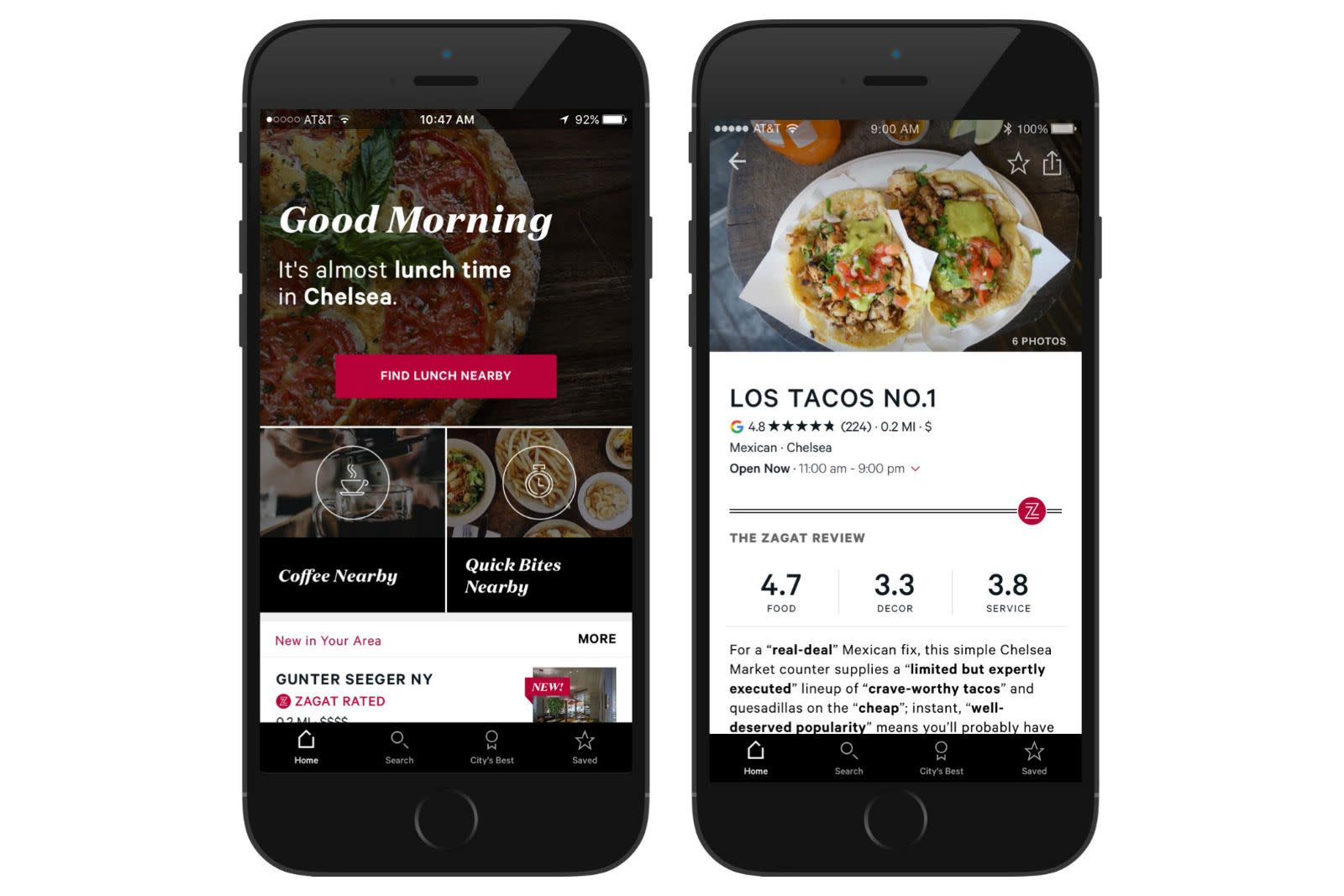 Google is planning to offload Zagat, the restaurant reviews service it snagged for $151 million in 2011, amidst plans to reign in its mammoth portfolio, according to sources who spoke to Reuters. The company has reportedly held "informal talks" with interested parties for a deal that would encompass the Zagat brand name and website. There's no word on how much Google is after for the service, with the big G keeping mum on the matter. We've reached out just in case it gives up on the silent treatment.

Former Google exec Marissa Mayer championed the Zagat acquisition, and its listings were quickly added to Maps and Google+ Local pages, with Zagat.com becoming a free service. A redesigned app and website followed in 2013. Then everything went quiet. Years passed without an app update in sight (aside from the odd bug fix). Finally, in 2016, Google gave iPhone users a cleaner app design and some location-based recommendation features. On the flip side, the tech titan recently expanded its search snippets for restaurants with the addition of waiting times.

Zagat's small team is a blip in Alphabet's infrastructure, dwarfed by its other units, which encompass everything from consumer hardware (think Pixel and Google Home) to its "other bets" (high-risk ventures like Waymo, X, and Verily). Although Google remains its kingpin, these gambits are also showing signs of growth.

Established by Tim and Nina Zagat in 1979, Zagat began life as a burgundy-coloured pocket-guide to restaurants and cities. In its current guise, the site features a mix of crowdsourced reviews and editorials.

In this article: alphabet, business, gear, google, internet, zagat
All products recommended by Engadget are selected by our editorial team, independent of our parent company. Some of our stories include affiliate links. If you buy something through one of these links, we may earn an affiliate commission.