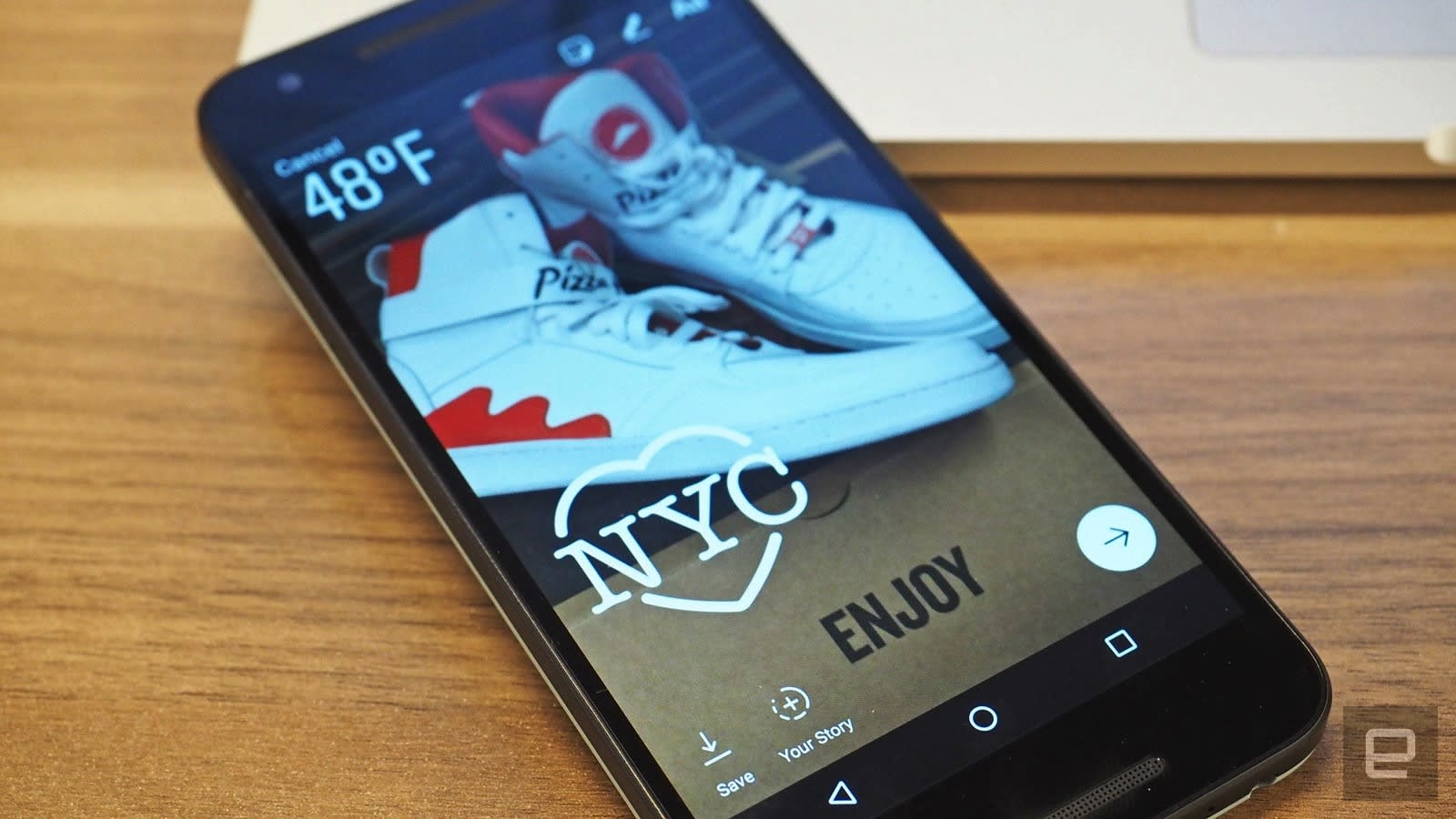 Over the past year, Facebook unleashed updates that make its Snapchat-like features less fractured and more streamlined. Based on a new test the company is running, it knows its job is far from done: according to TechCrunch, some users in Brazil are seeing an experimental tool that gives them a way to crosspost Instagram Stories to WhatsApp's Status feature. A Brazilian blog has posted a screenshot of an Instagram Story showing the tool on the lower-left corner of its interface.

Facebook has multiple features that allow users to post decorated photos, videos and GIFs as ephemeral status messages across its properties. Since Instagram's version is the most popular -- it even has more users than Snapchat -- and Facebook's is barely used, the social network introduced a tool that makes it possible for the photo-sharing app's users to crosspost Stories to its main website. The company also merged Facebook Stories and Messenger Day into a single entity simply called "Stories" late last year.

If it gives this new feature a wider release, then users can create a single Story on Instagram then share it on Facebook, Messenger and WhatsApp. That will make things so much easier for people who use all those platforms, though Facebook will have to conjure up a way to ensure users won't get annoyed by seeing the same Story on multiple apps.

In this article: facebook, gear, instagram, internet, stories, whatsapp
All products recommended by Engadget are selected by our editorial team, independent of our parent company. Some of our stories include affiliate links. If you buy something through one of these links, we may earn an affiliate commission.