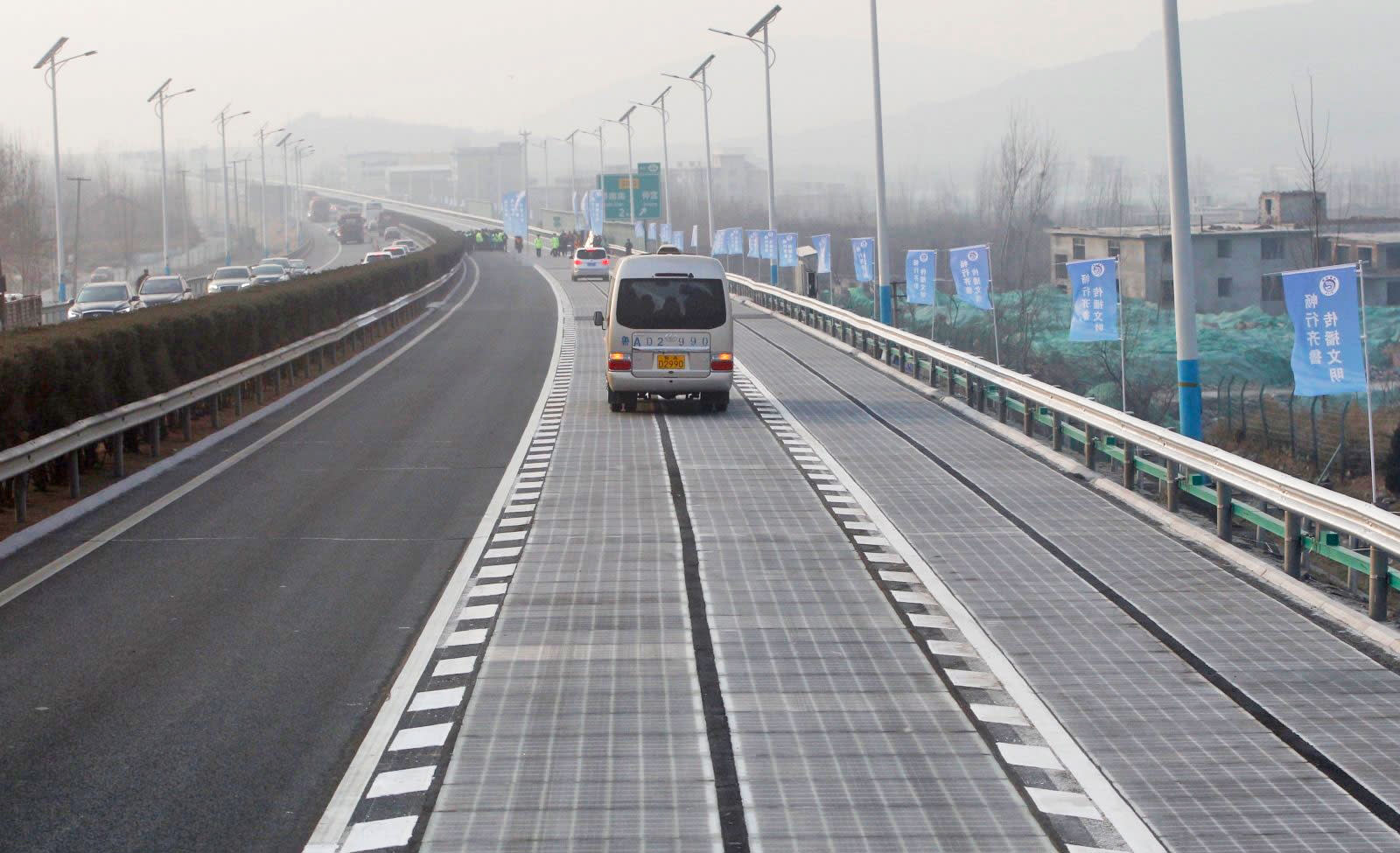 Solar roads have plenty of potential problems, such as damage and snow, but theft? Apparently that's a concern, too. China's Qilu Evening News reported that thieves carved out a small (5.9in by 73in) portion of an experimental road in Jinan on January 2nd, a mere five days after its December 28th debut. While it's tempting to suggest this was an accident, officials said the missing segment was "neatly cut," and didn't appear to have come loose on its own.

The segment has since been repaired. An investigation is ongoing, but there aren't any identified culprits as of this writing.

Just why someone would slice off a portion of the road isn't certain. While solar roads are relatively expensive to make, the actual solar panels aren't worth that much. The thieves aren't going to make a fortune, and this wouldn't be enough for personal use -- especially not when there's a layer of transparent concrete on top. The most plausible explanation is that someone wanted to see how the technology worked and, for some reason, couldn't just ask the developers.

This probably won't be an ongoing problem. However, it's reasonable to say that this isn't a significant issue for ordinary roads. So long as solar roads remain novelties, there are bound to be people curious about how they work. It's just a matter of whether or not someone let that curiosity get the best of them.

In this article: china, energy, gear, green, road, solar, solarpower, solarroad, transportation
All products recommended by Engadget are selected by our editorial team, independent of our parent company. Some of our stories include affiliate links. If you buy something through one of these links, we may earn an affiliate commission.