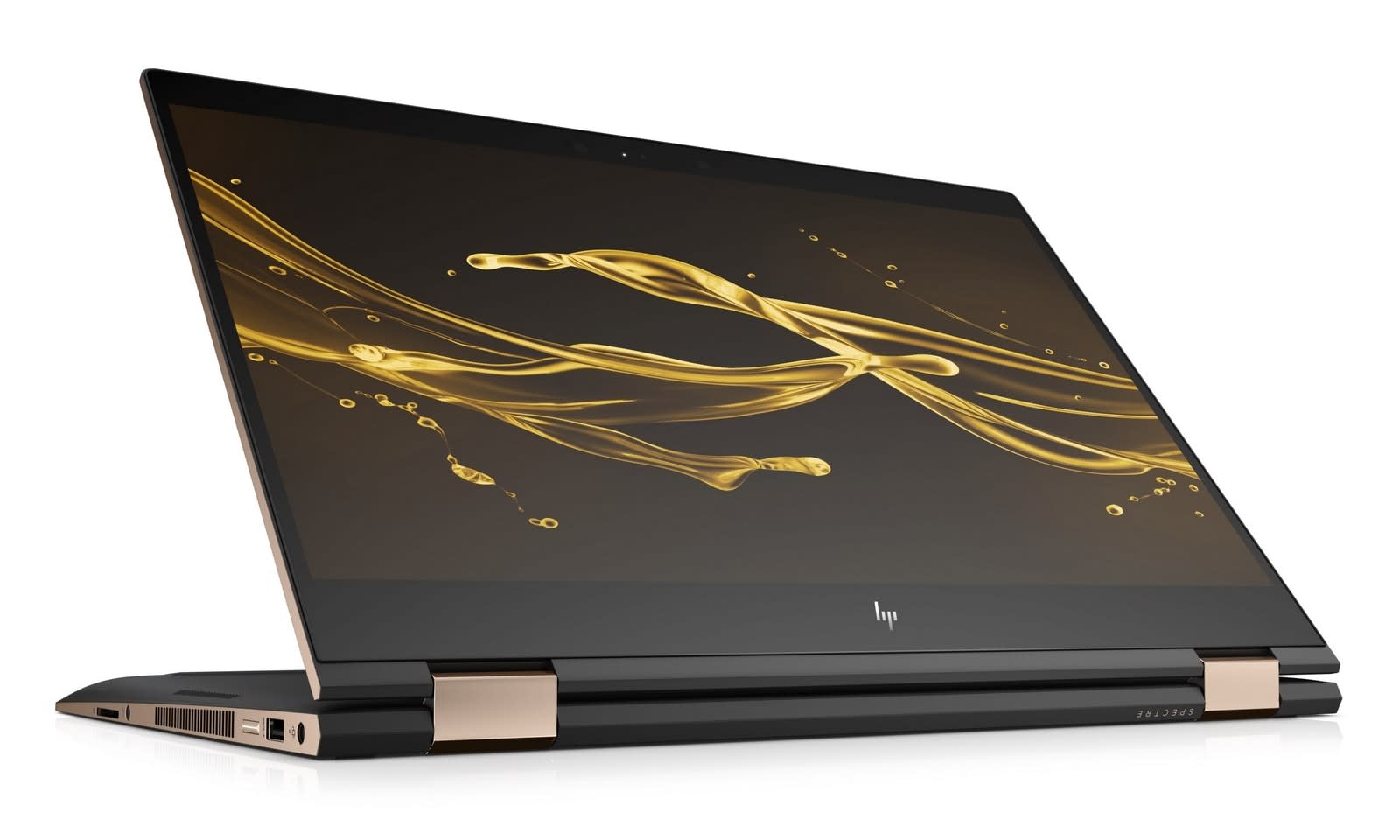 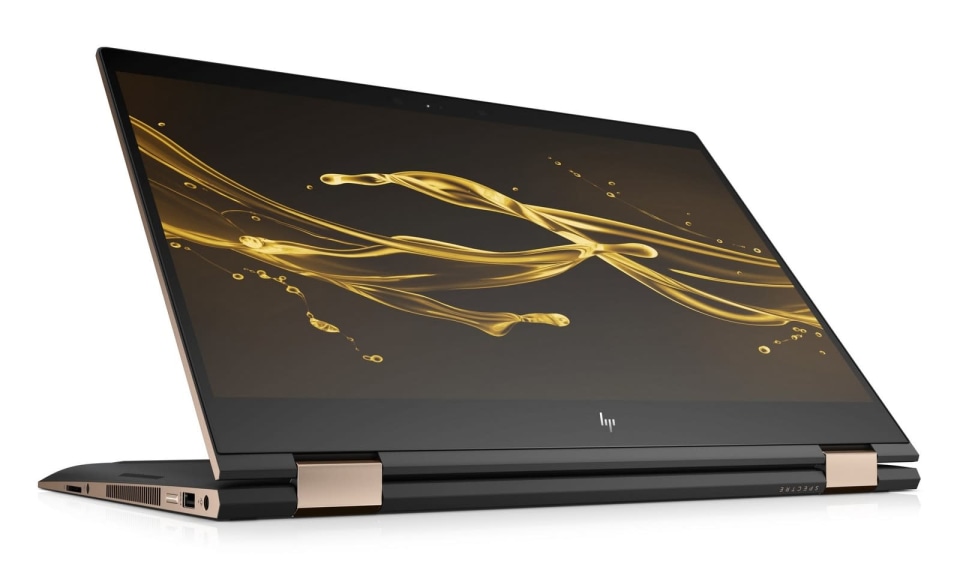 You'd be hard-pressed to see a big difference between HP's last Spectre x360 15 and the new version of the convertible it's debuting this week at CES. Aside from the slightly edgier styling this year, with sharp corners and lines replacing friendlier rounded ones, they look pretty similar. Just like its smaller sibling, the new Spectre x360 15 is mostly an incremental upgrade, with faster hardware meant to make it a better MacBook Pro competitor. Notably, though, it features Intel's new eighth-generation Core CPU with AMD's Radeon RX Vega M graphics, so it won't be a slouch when it comes to gaming. The big update this time around: eighth-generation quad-core Intel Core processors, as well as your choice of Radeon or NVIDIA GeForce MX150 graphics. While the MX150 is a isn't a huge leap beyond its previous graphics, the RX Vega GPU means it should be able to play most modern games well in 1080p with high settings. We didn't have the full details on that GPU when we recorded the video above, but now that we've heard what it's capable of, we're far more excited about it now.

HP has also added a fingerprint reader along the right side of the machine, as well as a full sized number pad on the keyboard. The 4K 15.6-inch monitor is intriguing, but that's something last year's model also offered. And of course, since it's a 2-in-1, you can flip its screen all the way around to use as a tablet.

You can configure the Spectre x360 15 with up to two Thunderbolt ports, and you can also choose from the black and copper accent HP has been leaning on for a while, or black and silver. The company also claims the device gets 13.5 hours of battery life, and can reach a 50 percent charge in just 30 minutes (while it's shut down).

Simply put, the Spectre x360 looks like a compelling option for anyone considering a stylish Windows workhorse. It'll start at $1,370 when it lands on March 18th.

In this article: CES, CES2018, gadgetry, gadgets, gear, hands-on, hp, personal computing, personalcomputing, Spectrex36015
All products recommended by Engadget are selected by our editorial team, independent of our parent company. Some of our stories include affiliate links. If you buy something through one of these links, we may earn an affiliate commission.