The Vive Pro is a beefed-up version of HTC's original VR headset, adding integrated 3D audio and high-res OLED screens displaying 2880 x 1600 combined, with a pixel density of 615 pixels per inch, an upgrade from 448ppi. The headset also addresses some of the first iteration's fit issues, adding a new headstrap with a sizing dial that helps redistribute weight, so it's not all collected at the front of the headset.

The attached headphones flip up on either side like wings, but when they're actually in use, they create a snug and immersive VR environment. The Vive Pro features dual front-facing cameras and two microphones, too.

The Vive Pro works with existing HTC VR systems, including the original base station and SteamVR tracking 1.0 (and their updated versions, of course). Players will be able to pair up to four base stations to create a play area of 10 meters x 10 meters.

HTC has a clear market in mind for the Pro: hardcore VR enthusiasts and businesses that want the most powerful experiences possible. The Pro will be on sale as a standalone headset, no tracking equipment included, this quarter. A package complete with base station 2.0 and controllers will be out later this year. HTC doesn't plan to stop selling the original Vive in 2018 -- the Pro is simply a more powerful option for serious users. 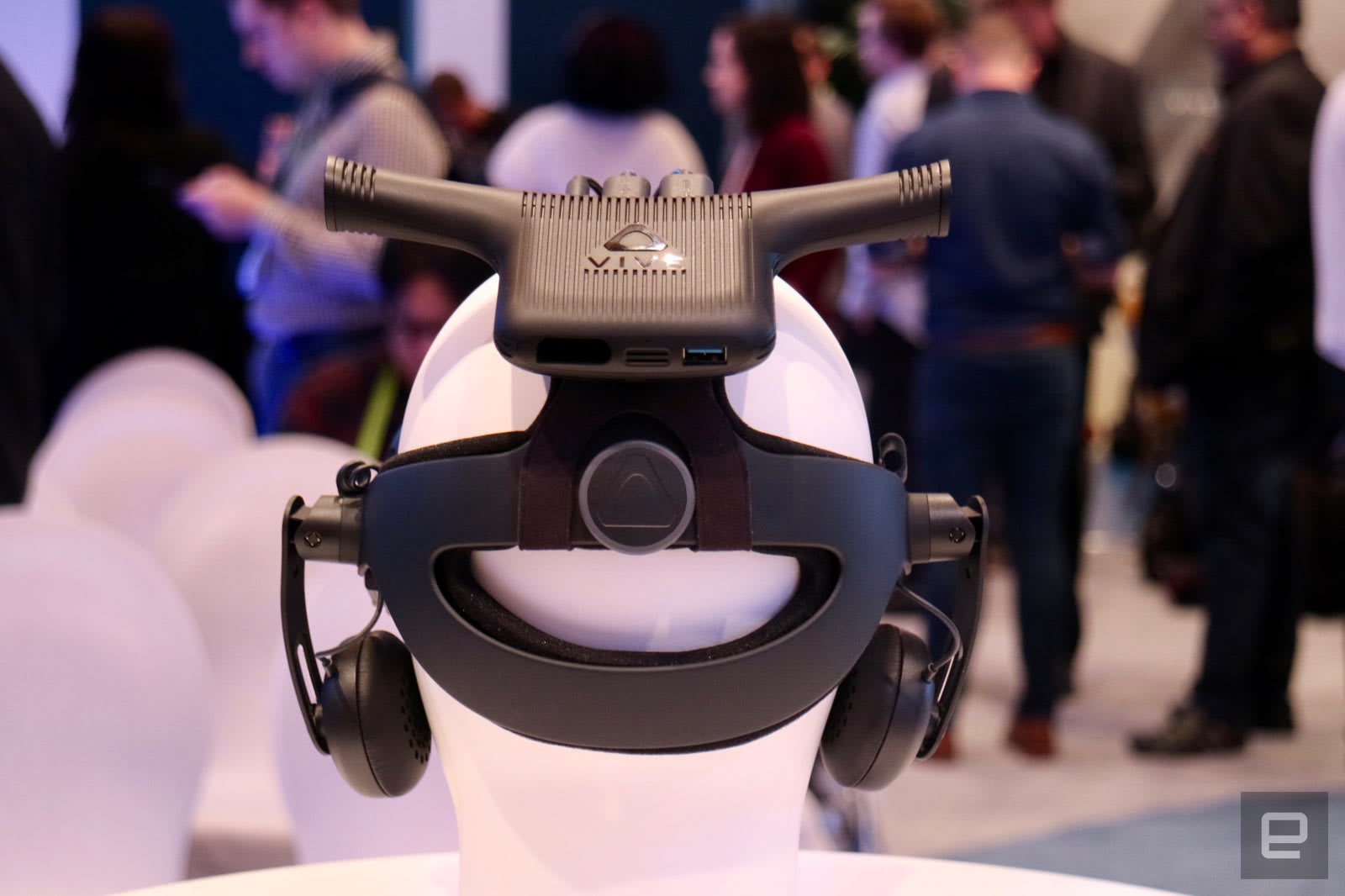 In line with this vision of a dual-Vive future, HTC also revealed a wireless adapter that works with both of its VR headsets. This thing uses Intel's WiGig technology to make the headsets wireless, and it's due out in the summer.

Pricing for the Pro and the wireless adapter will be announced closer to launch.