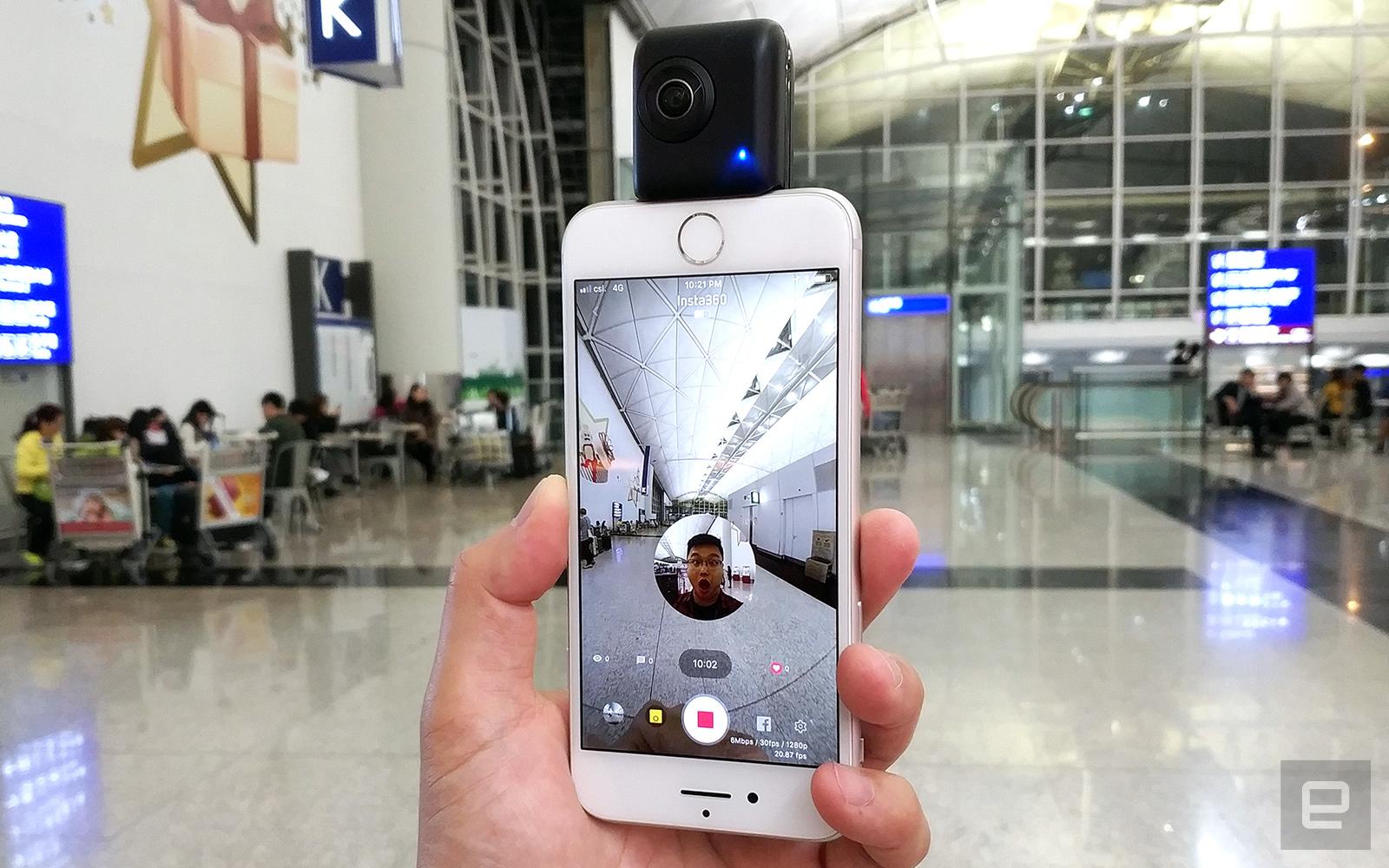 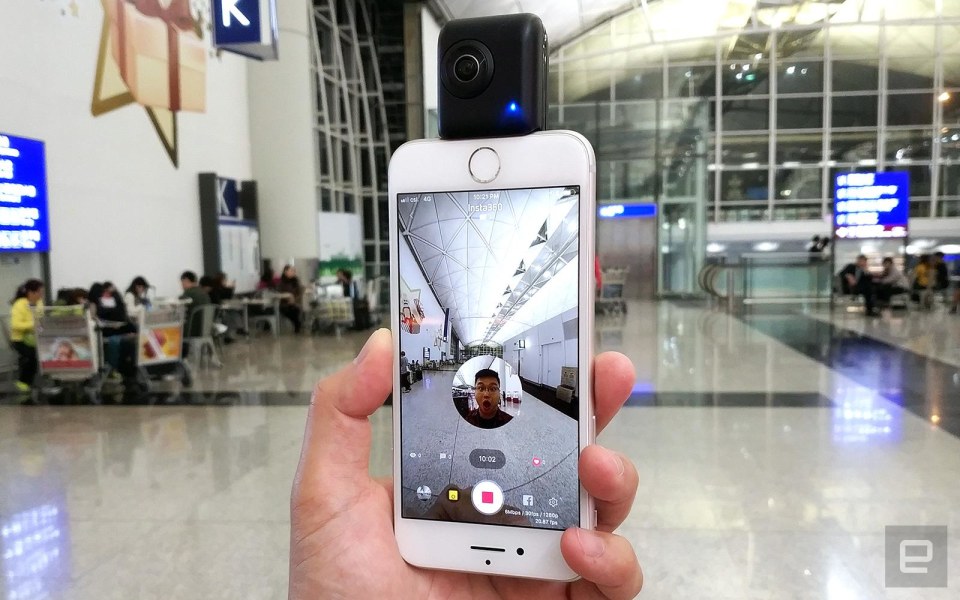 Before the Pro, One and Air, Insta360 was already known for its relatively affordable 360-degree camera dongle, Nano, which was released for iOS devices since 2016. For CES 2018, the Chinese startup brought out a Nano S, which makes use of the same form factor (so it'll work with existing Nano accessories) but has upgraded guts to capture 4K video and 20-megapixel photos -- a notable jump from 3K video and 4.6-megapixel stills on the previous-generation device. There's also a new matte-black option in addition to the original silver offering, while the microSD card slot remains for standalone camera mode.

In addition to this unsurprising refresh, Insta360 took things one step further by adding a couple of practical features: MultiView Shooting to output a conventional video clip with two or three camera angles and 360-degree video chat that gives any recipient, even someone without an Insta360 device or app, a live spherical view on the caller's end. For the latter, the caller just needs to share a link from the app to the recipient. As a bonus, each Nano S comes bundled with a small, foldable stand that lets you prop up your iPhone for the occasional 360 video calls, if not selfies. While Insta360 was still fine-tuning the software ahead of launch, I could already appreciate the vast improvements in image quality between the Nano and the Nano S. The new device not only delivers significantly sharper images but also has much less noise in darker environments. My only complaint at this stage is that the auto-white balance for my indoor shots with the Nano S is biased toward green, but that should be an easy fix in software.

Here's a shot taken with the Nano S:

And here's one taken with the original Nano:

As with all Insta360 cameras, the Nano S comes with gyroscopic image stabilization, meaning even if the iPhone is slightly tilted or gets a light bump during recording, you'll still get a "buttery-smooth" capture in the end. Similarly, you can use FreeCapture mode in the app to reframe any 360 video as if you're holding a conventional camera but with the added ability to zoom in or out for special visual effects in the new clip.

While I have yet to get around to trying a 360 video call with the Nano S, I did quickly play with MultiView Shooting with several templates -- each with two or three angles in different layouts -- available for both post capture and livestreaming on the likes of Facebook, YouTube and Twitter. Each angle can be manually adjusted by a simple swipe and pinch, and when sharing in post, you can also set your desired aspect ratio as well as portrait or landscape. As for the damage, the Nano S costs $239 and is available now on Amazon as well as Insta360's online store. For comparison's sake, the original Nano is currently priced at $199 and is being phased out, whereas the more powerful One costs $299. Personally, I'm all for the higher performance on the One, but then again, the Nano S' portability also counts for something.

In this article: 360, 360camera, cameras, ces2018, gear, insta360, insta360nanos, nanos, video, vr, vrcamera
All products recommended by Engadget are selected by our editorial team, independent of our parent company. Some of our stories include affiliate links. If you buy something through one of these links, we may earn an affiliate commission.