It's like Apple's Handoff but works across Windows, iOS and Android.

Having to look at your phone while you're in the middle of writing an important report can be incredibly distracting. You pick it up to see who texted, and end up browsing the 300 other alerts that accumulated. There's tools that lets you receive your text and call alerts on your Macs or PC, but it's mostly limited to Apple and Samsung devices. The rest of us don't have a good catch-all solution yet. Dell hopes to change that with its new Mobile Connect software, which will come preinstalled in all new XPS, Inspiron, Alienware and Vostro laptops in 2018.

The new system uses a proprietary blend of Bluetooth and WiFi to let you control your smartphone from your laptop, so you can answer texts, make and receive calls and run full apps on your PC. But, as expected, functionality is limited on iPhone -- you can only receive and start calls and messages -- apps are limited to Android, which will even show a mirror of your phone.

During a recent demo, I watched as a text sent to an Android phone arrived on both the handset and the connected XPS 13. I could reply from the laptop, or even pull up contacts to message or call. If you initiated a phone call from your laptop, you'd be using the PC's microphone and speakers for your conversation. On iPhones, you'll be able to see and reply to incoming calls and messages, but receiving alerts from other apps like Facebook and Whatsapp is limited to Android. 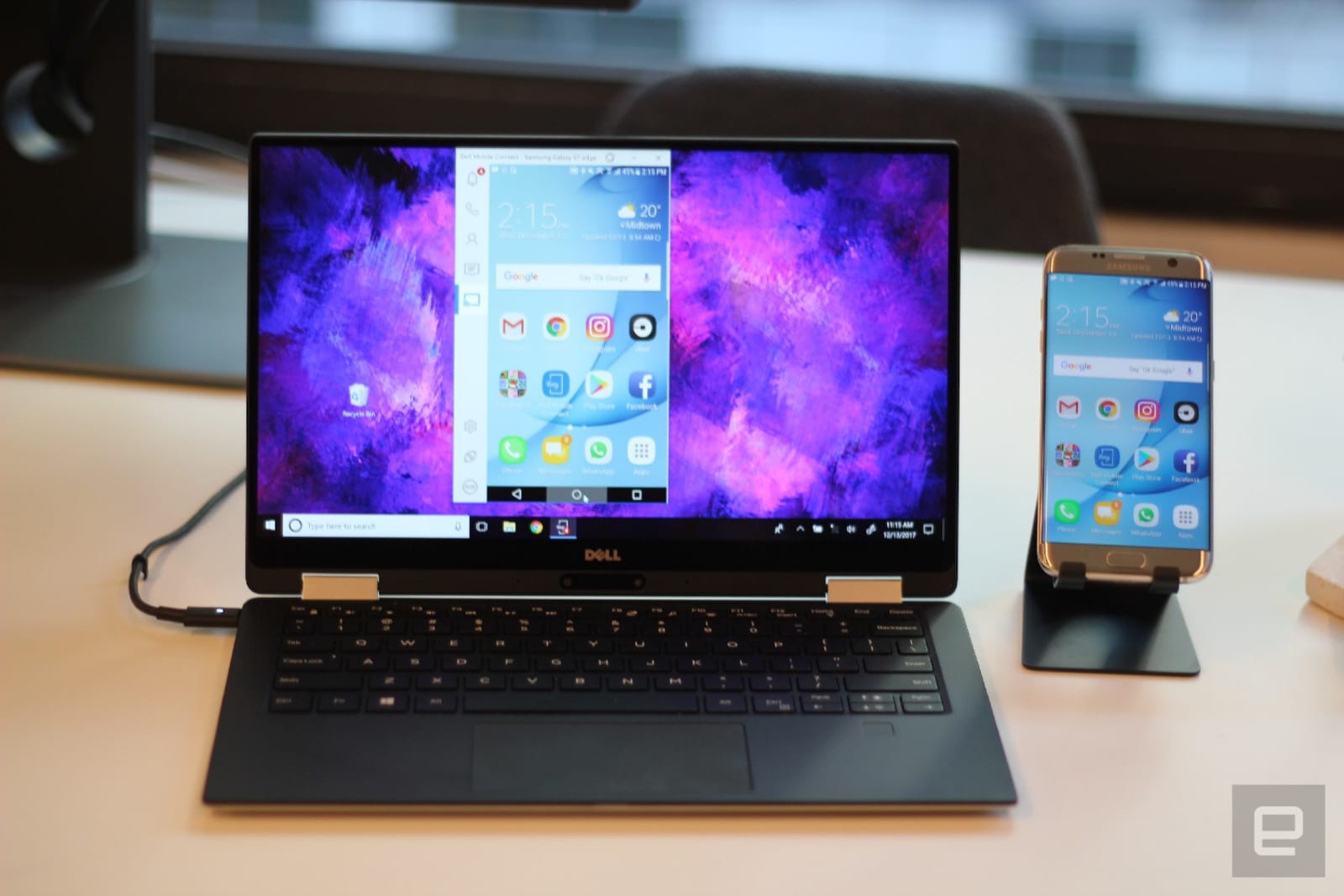 Since the iPhone compatibility won't be ready until the end of January, I wasn't able to verify how well it works. But based on what I've seen so far, Dell's Mobile Connect software is a powerful and useful way to keep up with your smartphone notifications as you work on your PC. While other companies have made similar software in the past (Samsung Sidesync, anyone?), none have offered as many features and as much cross-platform compatibility. Mobile Connect could end up being a feature that draws people to Dell laptops in the future, that is, until other companies start offering something as capable.