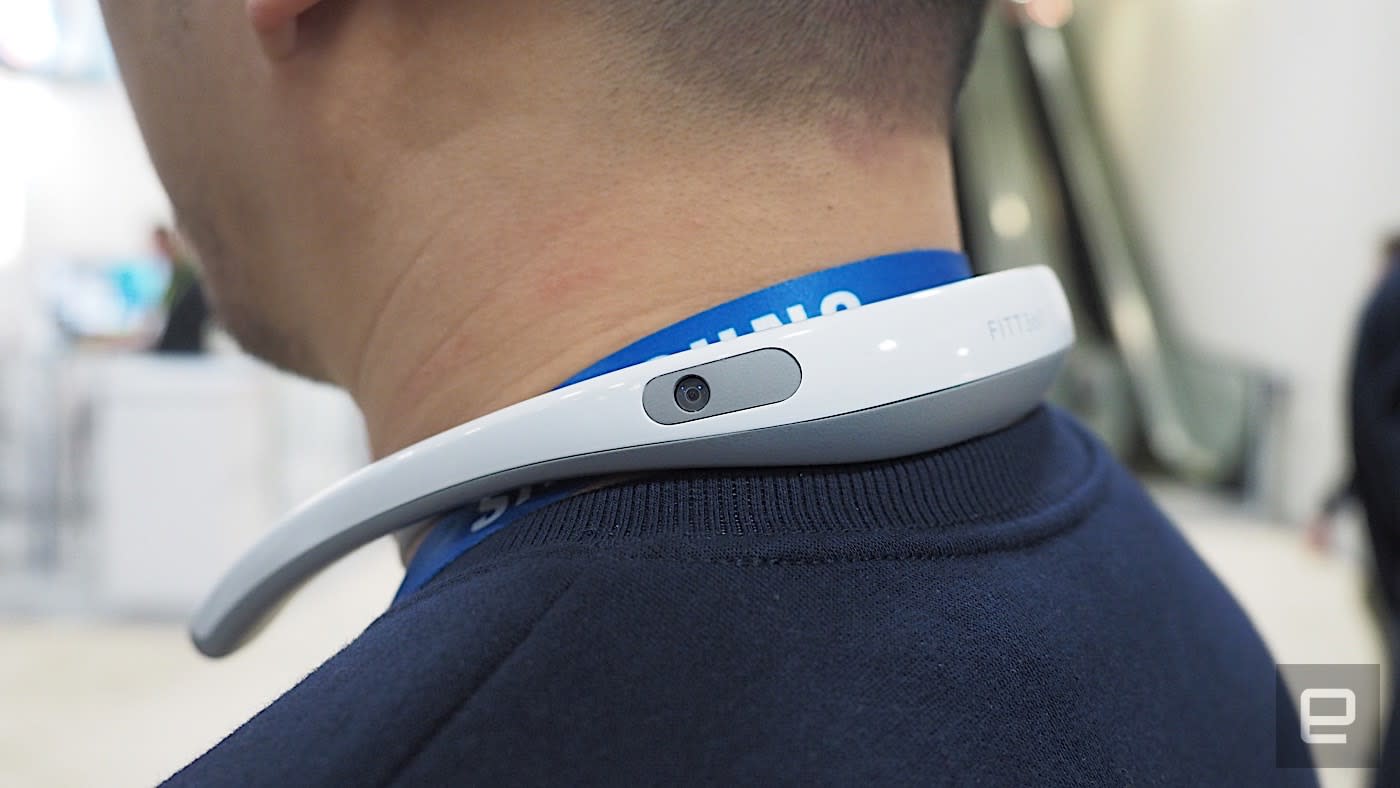 Imagine if you could snap 360-degree photos and videos without holding a camera. That's the promise of the FITT360, a 360-degree camcorder you can wear around your neck. It's one of the first products from a Samsung spin-off called LinkFlow and was made as part of Samsung's C-Labs, the company's creative labs program. The idea behind a wearable camcorder is to capture the world around you in an unobtrusive way. There are three cameras on the wearable neckband -- one near the front, one on the side and another near the rear. Each camera is capable of capturing the world in 180-degrees. All you have to do is press a button, and it'll start recording, allowing for a hands-free capture experience as well. And since it has WiFi, you can even use it to livestream on something like Periscope if you fancy.

As for getting content off your headset, you can either export it as a large 360-degree image or just a single image in full HD. Video is captured in 4K. The FITT360 is also IPX rated to be water resistant, so no worries about taking this out in the rain. It also comes in small, medium and large.

Also, the FITT360 is not just a camcorder. There's an embedded GPS, so you can figure out what route you've hiked, and it has Bluetooth and a microphone, so you can use it as a headset.

The downside? It only lasts about 90 minutes -- you can't record much more than that before the battery starts to give out. So if you're going to use this on the road, we recommend not using it on a long trip.

The FITT360 launched on Kickstarter today, and it already blew past its $50,000 goal. It's unclear what the final retail price will be, but if you fancy getting one for yourself, the prices on Kickstarter range from $370 all the way to $600.

In this article: camcorder, ces, ces2018, fitt360, gear, linkflow, samsung, sands, wearables
All products recommended by Engadget are selected by our editorial team, independent of our parent company. Some of our stories include affiliate links. If you buy something through one of these links, we may earn an affiliate commission.