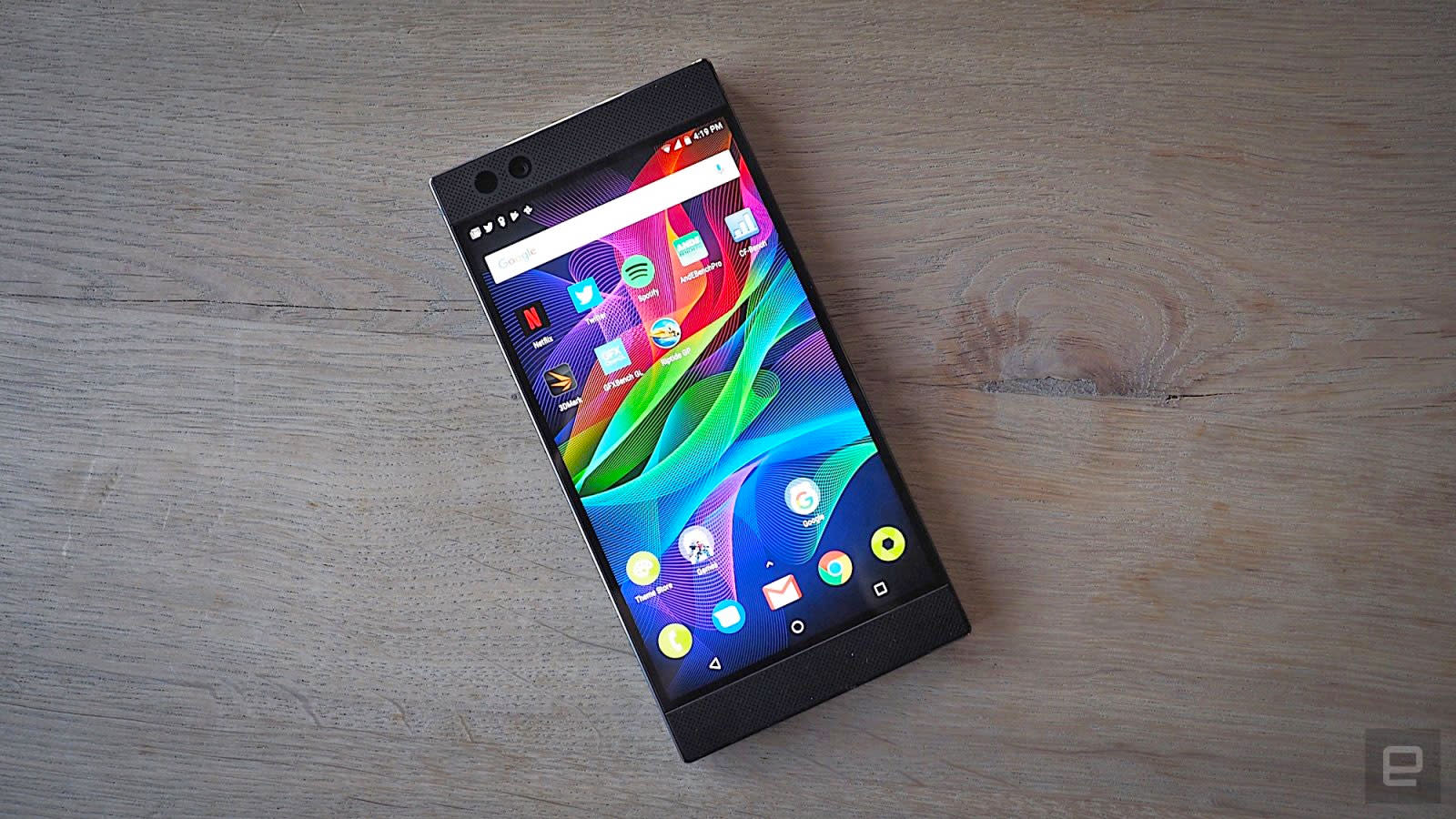 If you're a fan of mobile entertainment, the Razer Phone is about to get better. At CES, the company just announced that it's entering a partnership with Netflix and that the handset will be the first mobile phone to offer Dolby Digital Plus 5.1 surround sound. That's in addition to HDR10 video. Basically, it's the highest-quality Netflix experience you can get that still fits into your pocket.

How does it look and sound in action? From my brief demo, pretty well. A Razer spokesman offered a quick clip from Stranger Things' second season, and Steve's hair looked as luscious and feathered as Farrah Fawcett would hope. Nancy's exasperation that he related a basketball win to his grandpa's time in the war sounded plenty convincing from the phone's front-facing speakers as well.

It was tough to get a feel for how accurately the phone replicated surround sound in a moderately noisy hotel suite and with a dialogue-heavy scene, but we'll have further impressions later this month once the update is out. Current Razer Phone owners will receive it via an over-the-air patch, and all new phones will ship with it preinstalled.

In this article: android, av, ces, ces2018, DolbyDigitalPlus, gear, hdr10, mobile, netflix, patch, razer, razerphone, strangerthings, strangerthings2, streaming, surroundsound, update, video
All products recommended by Engadget are selected by our editorial team, independent of our parent company. Some of our stories include affiliate links. If you buy something through one of these links, we may earn an affiliate commission.