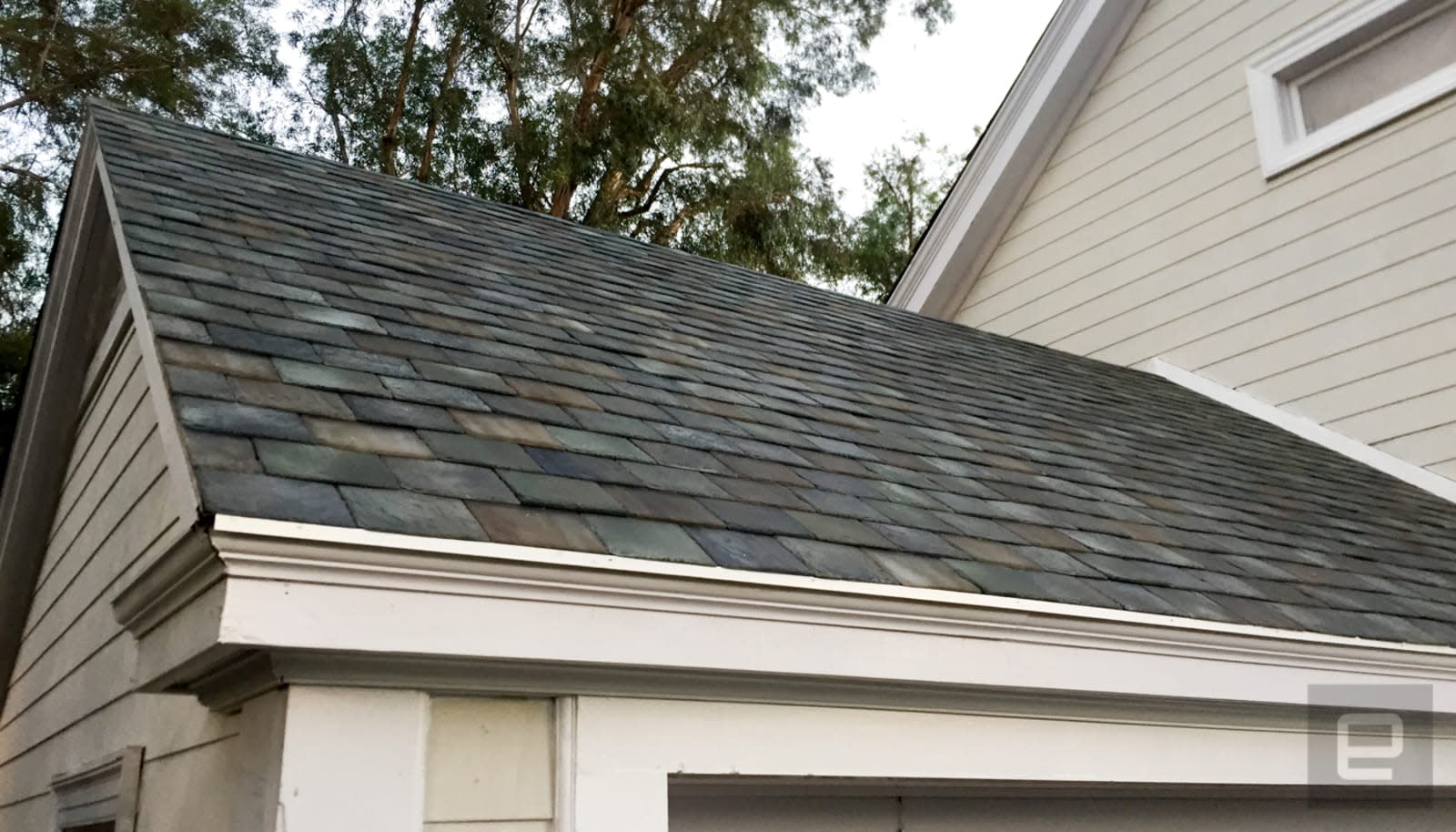 Tesla has apparently begun manufacturing its solar roof tiles at its Buffalo, New York, factory, according to Reuters. The company is also starting the process of surveying the homes of people who placed a deposit on the tiles last year for installation purposes. We've reached out to Tesla for confirmation.

Preorders for the solar roof tiles began back in May; customers paid $1,000 as a deposit on the product, and US installation was supposed to start in the summer of 2017. However, unsurprisingly, the process was delayed. But now, it looks as though most of the kinks have been worked out, and Reuters reports that the roofs will be installed in coming months.

Tesla claims that the solar roof tiles will cost less than a typical roof, around $21.85 per square foot instead of $24.50. The tiles are a solid option if you're planning on replacing your roof in the next few years, or if you're considering solar panels. The tiles look like regular shingles; in fact, not every shingle installed is solar, though you can't distinguish between the two. You can customize what percentage of your roof tiles are solar in their online tool; the max is 70 percent. Obviously, the more solar panels you install, the more expensive your roof is. The company is still taking preorders with $1,000 deposits. You can sign up at their website if you're so inclined.

In this article: home, solarroof, tesla, tomorrow
All products recommended by Engadget are selected by our editorial team, independent of our parent company. Some of our stories include affiliate links. If you buy something through one of these links, we may earn an affiliate commission.