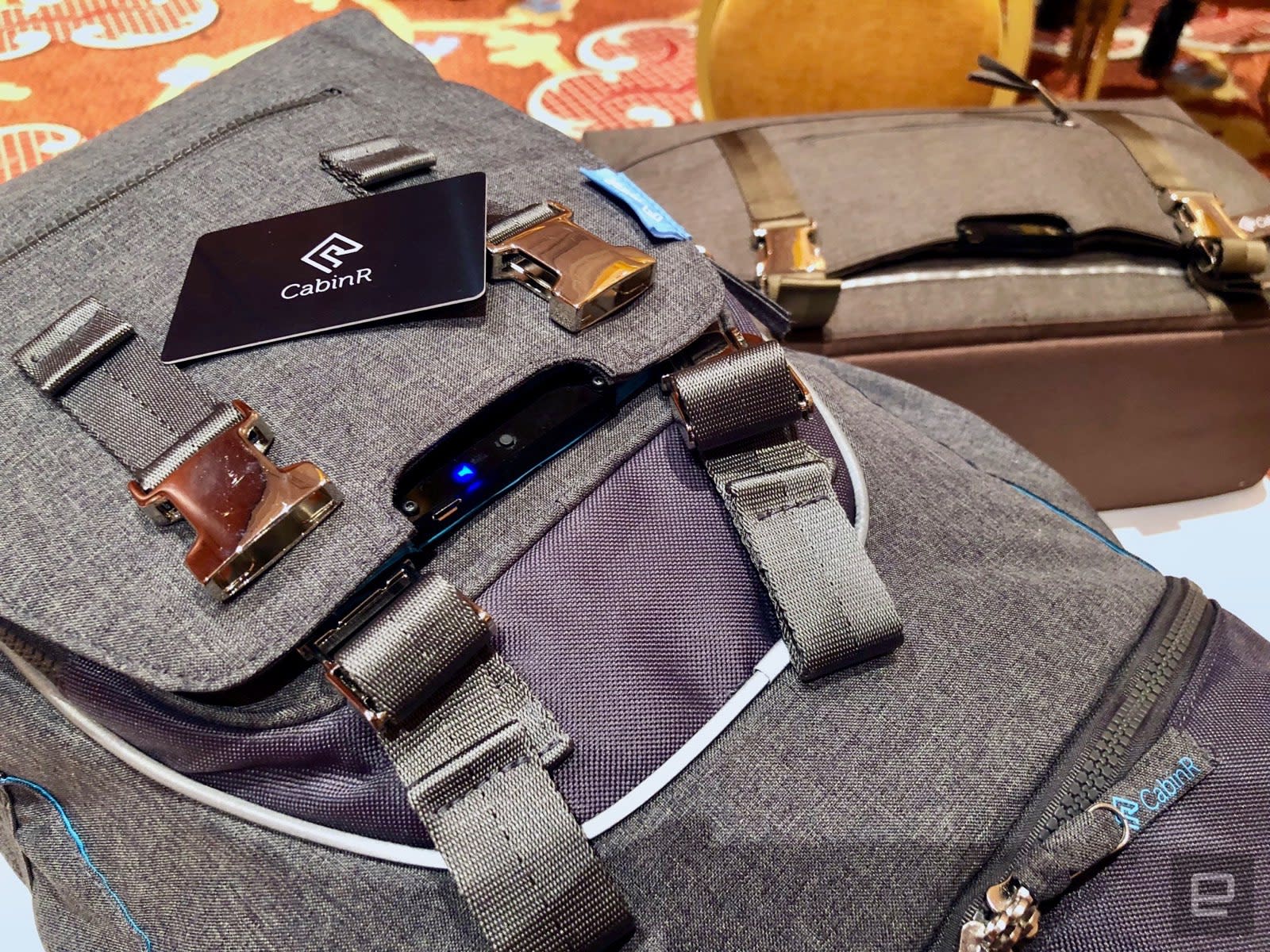 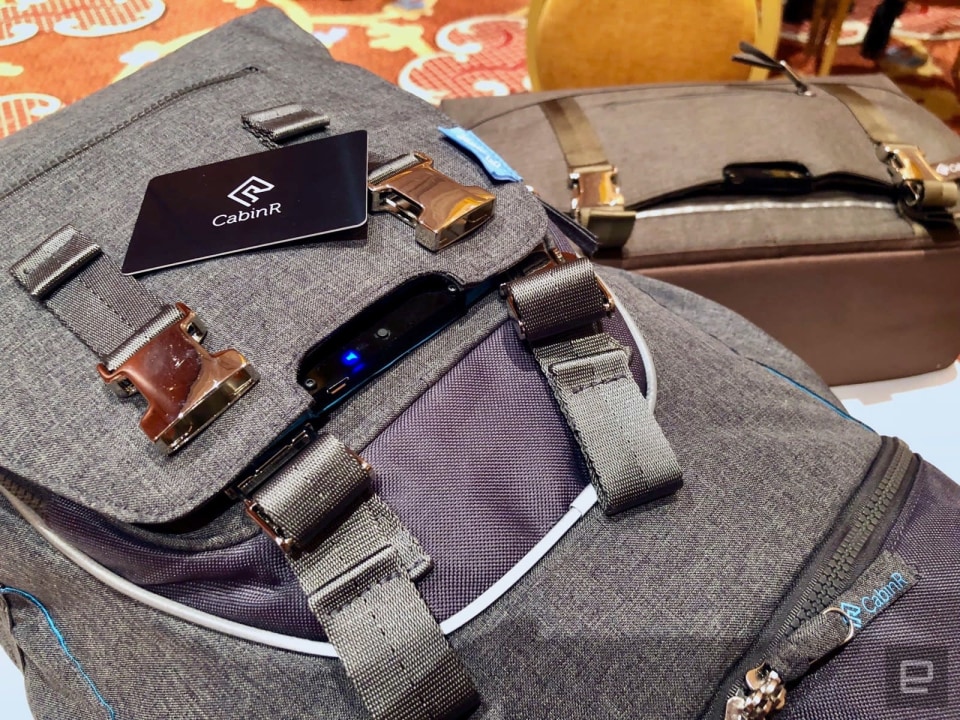 Not everyone is good at keeping track of their personal belongings, like a backpack or a messenger bag. So CabinR, a startup based out of Hong Kong, wants to help you feel safer on a journey. The company has created two bags, a backpack and a messenger model, that feature an alarm system powered by RFID (radio-frequency identification) tags to (hopefully) keep any potential thieves away from your stuff. It works quite simply: On the bag, there's an alarm device that you activate by pressing a button, and the only way to deactivate is by tapping an RFID plastic card on it.

If you don't do that and open the bag, its sensors will detect movement and create a loud, annoying sound that can only be turned off with your personal CabinR card. The shortcoming is that, if someone really wants to, they can just step on it and break it to shut it off. This is important because CabinR's bags don't have any GPS or other location sensors, so if someone breaks the alarm system, there's no way to know where they took the backpack or messenger bag. That said, the company says it plans to bring those types of features to its products in the future.

CabinR is set to launch a Kickstarter campaign on January 11th, where early-bird backers will be able to get one of the bags for about $120. They're clearly not perfect, but at least CabinR has the right idea.

In this article: alarmsystem, antitheft, backpack, bags, cabinr, ces, ces2018, gadgetry, gadgets, gear, hands-on, lodging, messengerbag, rfid, theft, travel, traveling, wearables
All products recommended by Engadget are selected by our editorial team, independent of our parent company. Some of our stories include affiliate links. If you buy something through one of these links, we may earn an affiliate commission.