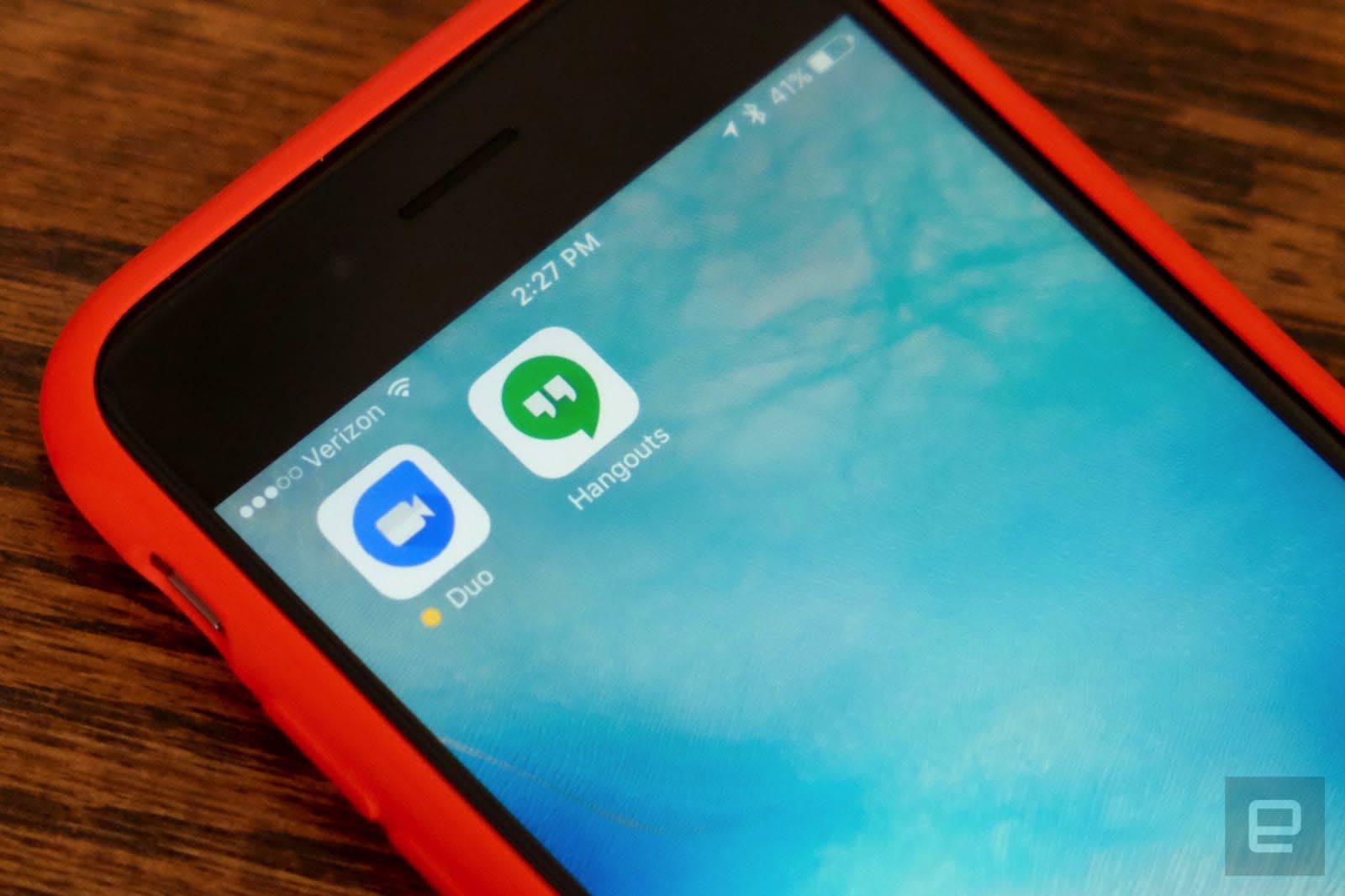 Duo is Google's video calling app, and it looks like the tech giant wants to spread the word about it. According to Android Police, Duo users can now call people who don't have the app installed and who haven't registered with the service. It works like any other Duo communication, except that at the end of any call, recipients who don't have the app installed will then be prompted to install Duo. They also have the option to decline future Duo calls from that person. We've contacted Google for confirmation.

It's a good move for accessibility -- and should encourage those who do have the app installed to use it more widely. Additionally, it will help expand the user base. Cody Toombs at Android Police notes, though, that he wasn't able to reach all of his contacts through Duo. It's unavailable for all non-Android phones (sorry iPhone users, you'll just have to install Duo first), but Toombs reports there are likely more criteria that play into who you can contact. However, it's unclear what they are.

This is all thanks to the App Preview Messaging feature, which allows Android users to use supported messaging apps to contact people who don't have said app installed. Google's smart messaging app Allo has supported App Preview Messaging since its launch, but the design for recipients without the app installed was a bit clunky. Android Police notes that it's been refined, giving a better preview for what it would look like if the person installed Allo.

In this article: allo, apppreviewmessaging, duo, gear, google, mobile
All products recommended by Engadget are selected by our editorial team, independent of our parent company. Some of our stories include affiliate links. If you buy something through one of these links, we may earn an affiliate commission.