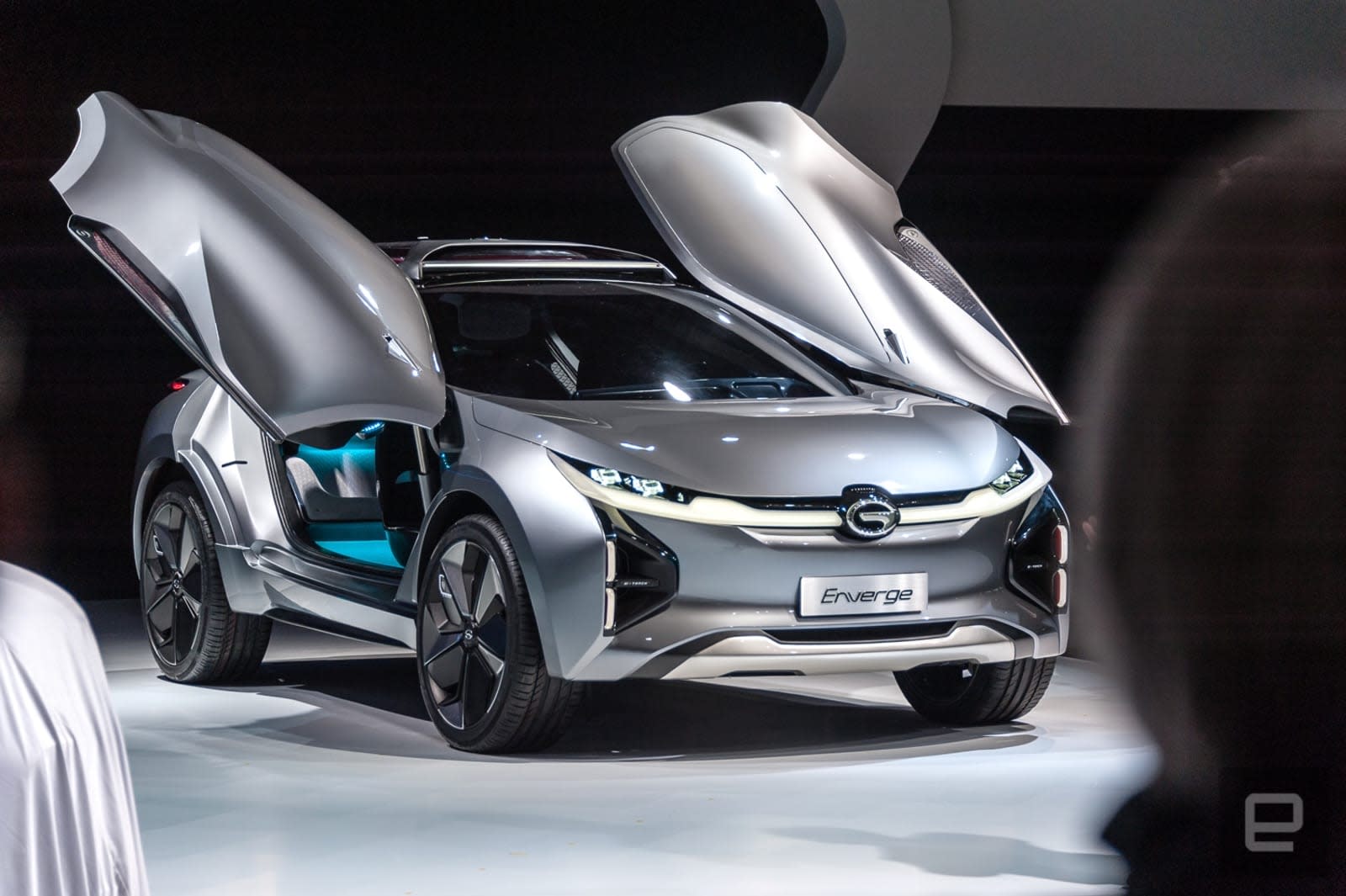 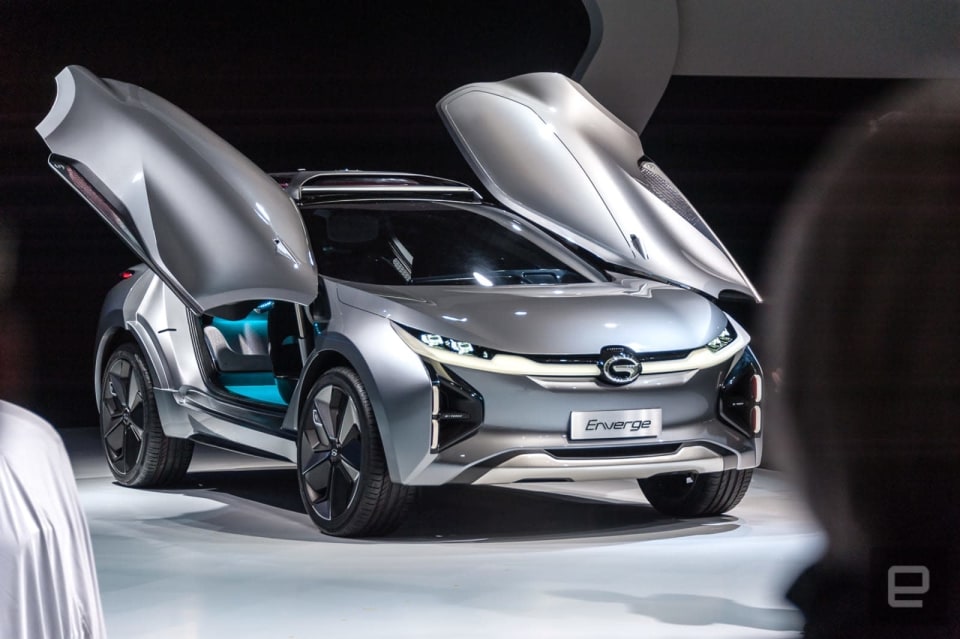 Chinese automaker GAC is making waves at the North American International Auto Show. "We want you to give us a chance to challenge ourselves," GAC group president Feng Xingya said from the stage, before unveiling GAC's first all-electric concept, the En Verge. The En Verge is a two-door compact crossover SUV. The first thing you'll notice are those massive ports on the front bumper. While they look like they're for cooling, they're actually removable fog lamps. Called G-Torches, they double as flashlights for when you want to do some off-trail exploring. Handy!

Then there's the race-inspired steering wheel, and the gull-wing doors that look like they'll make getting in and out of the vehicle a cinch, regardless of if you're sitting in the front or back seat. The driver and person riding shotgun are treated to a flatscreen dashboard that feeds driving data (vehicle speed, GPS, weather info) to the front seat, while the rear passengers have a different type of entertainment at their disposal. Namely, panoramic AR goggles that overlay different types of information about the passing world, on the passing world via the car's opaque windows -- much like Sony's concept party van.

As far as power goes, the En Verge packs a 71 kWh battery with a range of 370 miles. GAC says that with a ten-minute charge you can go up to 240 miles; a wireless charger will also be available.

GAC also showed off its midsize sedan, the GA4, which goes on sale in China in a few weeks. The automaker says that it plans to enter the US market soon, and if it can actually hold to that, it'll be the first Chinese company to sell cars on domestic shores. The En Verge is definitely the most ambitious vehicle in GACs lineup, and it follows a general trend here at NAIAS: crossovers, crossovers, crossovers. The firm says it's hoping to attract a younger market with the vehicle.

To hit its goal of becoming a "world-class brand," GAC is building a research and development facility here in Detroit and also has plans for one in Los Angeles. It already has a location in Silicon Valley. And to further advance its ambitions, the company has started working with Huawei and Tencent. Now it just needs a distribution partner to make its domestic sales dreams a reality.

In this article: ar, augmentedreality, china, concept, conceptcar, corssover, electricvehicle, ev, FengXingya, flashlight, GAC, gear, naias, naias2018, transportation, virtualreality, vr, wirelesscharging
All products recommended by Engadget are selected by our editorial team, independent of our parent company. Some of our stories include affiliate links. If you buy something through one of these links, we may earn an affiliate commission.