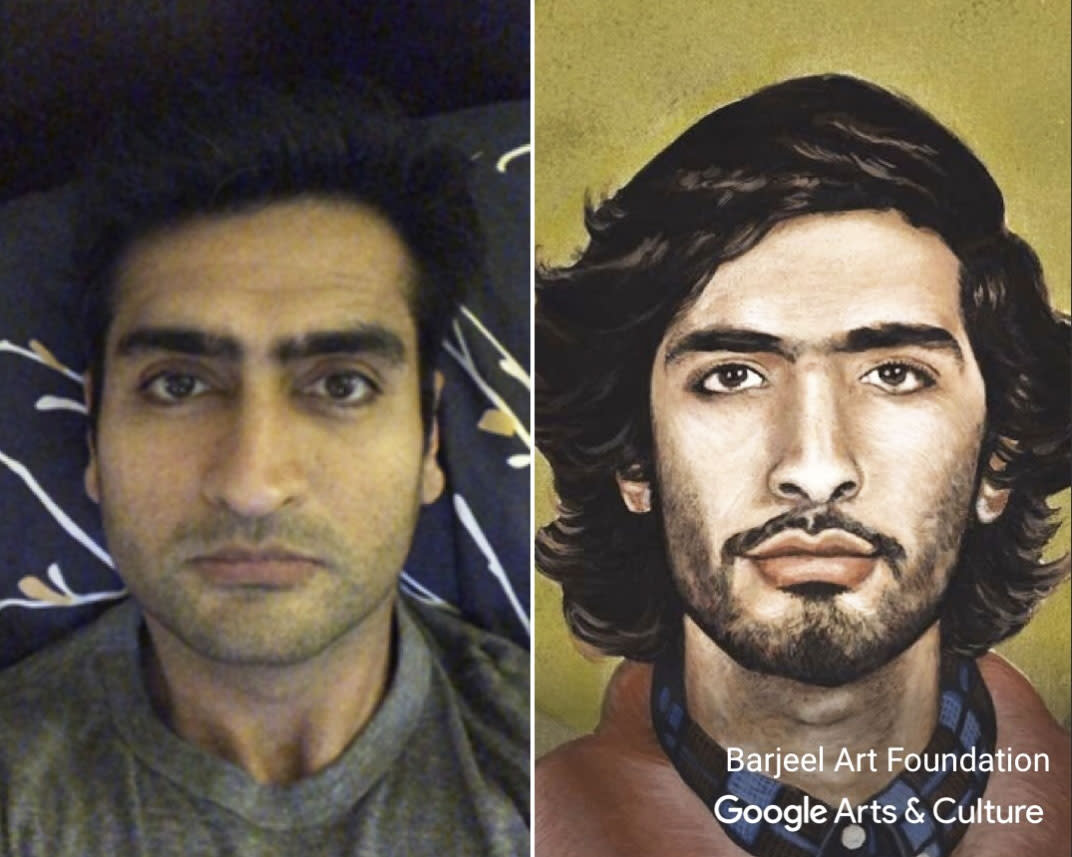 If you've ever wondered if there's a museum portrait somewhere that looks like you and you're ready to have your ego crushed, there's now an app for that. Google Arts & Culture's latest update now lets you take a selfie, and using image recognition, finds someone in its vast art collection that most resembles you. It will then present you and your fine art twin side-by-side, along with a percentage match, and let you share the results on social media, if you dare.

The app, which appears to be unfortunately geo-restricted to the United States, is like an automated version of an article that circulated recently showing folks standing in front of portraits at museums. In many cases, the old-timey people in the paintings resemble them uncannily, but, other than in rare cases, that's not the case at all with Google's app.

Google matched me with someone who doesn't look like me in the slightest, a certain Sir Peter Francois Bourgeois, based on a painting hanging in Dulwich Picture Gallery. Taking a buzz around the internet, other folks were satisfied with their matches, some took them as a personal insult, and many were just plain baffled, in that order, as presented below. From all that, it's pretty clear that deep learning systems like those from Google are great at matching individual details, but painfully miss the big picture.

All kinds of things happening here

Nothing like a little self esteem boost from google arts and culture on a Saturday night pic.twitter.com/hYYtdNN308

Update: As some folks, like Twitter user @AndrewCBartlett have pointed out, and as the Google Arts & Culture app warns, the museum-matching feature appears to be limited to the United States. I was unknowingly able able to access it in France thanks to my always-on VPN, so that's another way to go. If it does work in any other nations, please do let us know in the comments.

In this article: App, art, entertainment, google, GoogleArtsAndCulture
All products recommended by Engadget are selected by our editorial team, independent of our parent company. Some of our stories include affiliate links. If you buy something through one of these links, we may earn an affiliate commission.