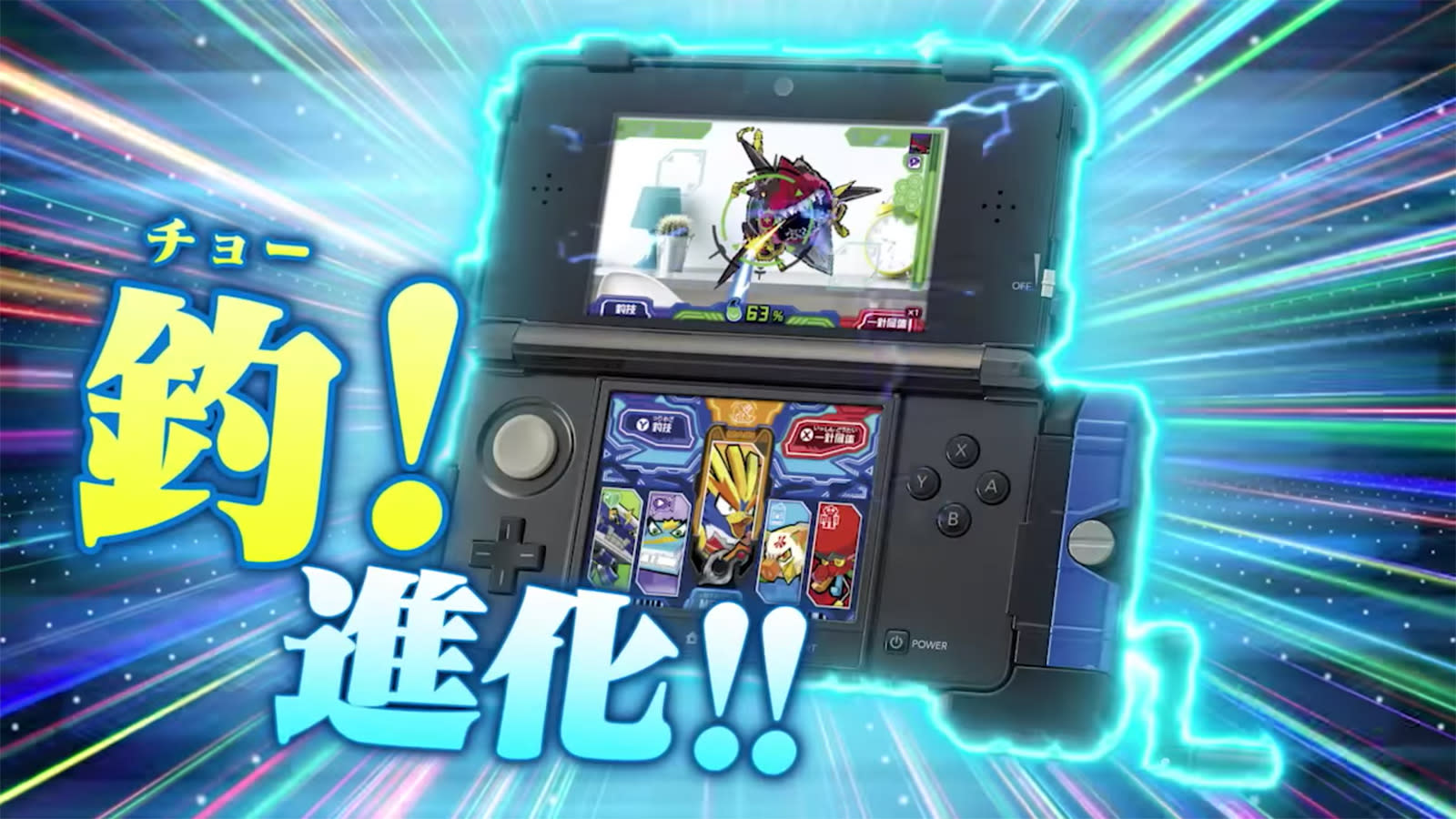 Japan's fondness for games with highly specialized controllers frequently produces wonderfully weird results. If you need proof, you just need to look at Bandai Namco's upcoming Baku Tsuri Bar Hunter for the 3DS. The manga-linked augmented reality fishing game revolves around an elaborate add-on case that scans barcodes to add sealife, and a tiny reel (plus the 3DS' own motion controls) to catch creatures. In essence, it's the lovechild of Bass Fishing and Barcode Battler. It absolutely sounds like it shouldn't work, but it looks like a blast in the promo video... at least, for gamers willing to scan their shopping.

The game is slated to reach Japan on March 17th. Does it stand a chance of reaching other countries? Good grief, no. The combination of a manga theme and an ornate controller virtually guarantees that it won't (officially) leave its homeland, at least not without some dramatic changes. Even so, you have to give kudos to the developers for making a game that stands out -- especially on an older platform.

In this article: 3ds, augmentedreality, av, bakutsuribarhunter, bandai, barcode, barcodescanner, fishing, gadgetry, gadgets, games, gaming, namco, video, videogames
All products recommended by Engadget are selected by our editorial team, independent of our parent company. Some of our stories include affiliate links. If you buy something through one of these links, we may earn an affiliate commission.