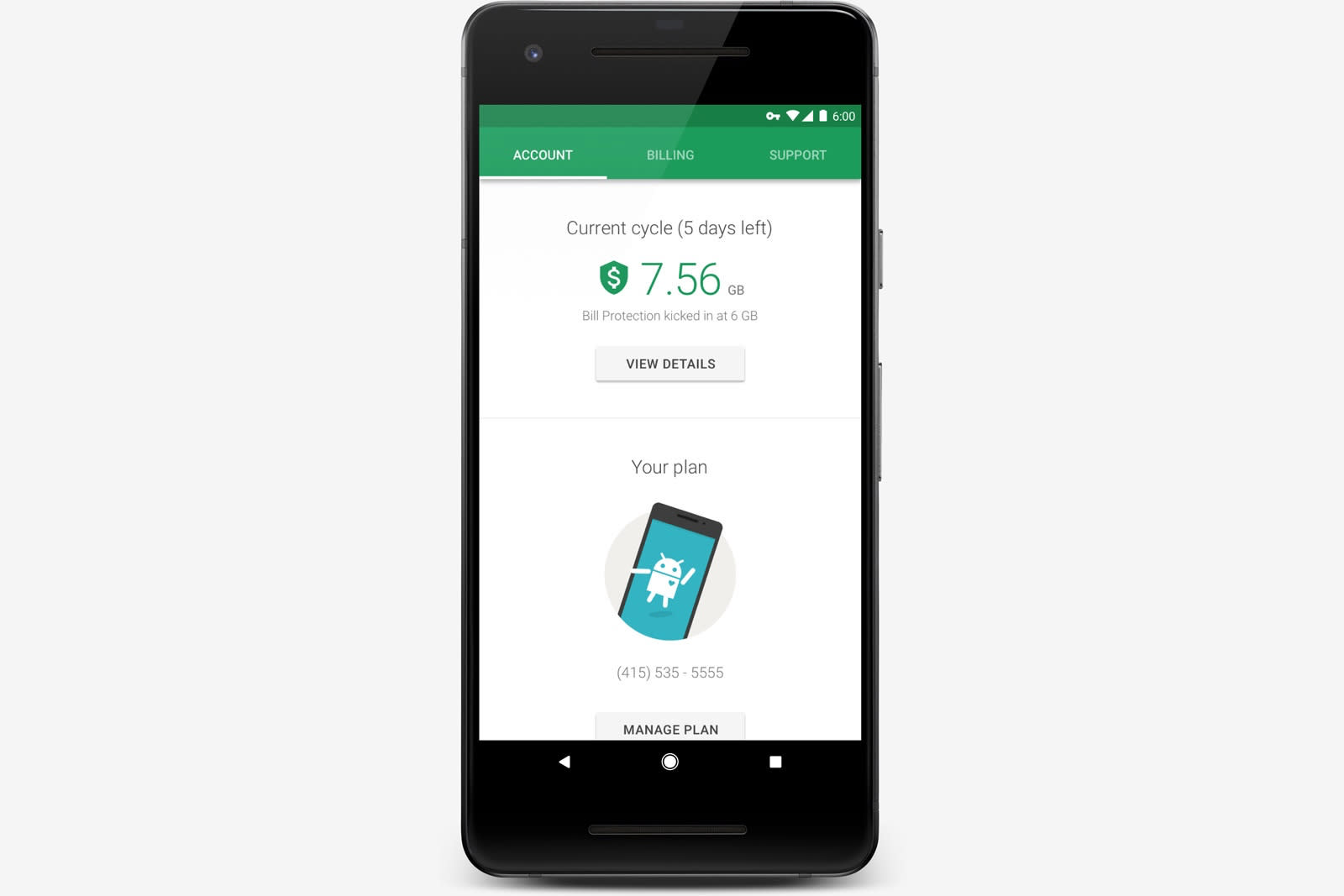 Google's Project Fi can make sense if you only use a smattering of data and want to save money, but it hasn't been an especially good deal if you consume gigabytes like they're going out of style. Thankfully, there's now an unlimited option... of sorts. Google has introduced a Bill Protection feature that caps your data bill at $60 if you use over 6GB in a given month. In other words, $60 (plus your base bill) gives you as much data as you need. It's not quite an unlimited plan in the strictest sense, though -- it's more of a bridge between Fi's original approach and what incumbent US carriers offer.

If you run over 15GB in a month as an individual user (the number is different for group plans), you'll be throttled to "slower" speeds. We've asked Google if it can say what those speeds are. If you're determined to use your service at full speed, you can pay for your individual data use above that 15GB threshold at $10 per gig. This is stricter than the potential slowdowns you typically face with major US carriers when running over the limit, but this at least gives you a way to avoid slowdowns entirely if you have the budget.

Bill Protection also applies to international use and data-only service, Google adds. It's rolling out now to both individuals and groups, and should kick in with your next billing cycle.

Google is betting that this represents the best of both worlds for most users: you can get effectively unlimited data if you want it, but you don't have to pay for unlimited data in those months where you're using only a couple of gigs. You'll still want to consider one of the incumbent networks if you hate the very thought of guaranteed throttling, but you don't have to turn to them if you're more interested in keeping costs down than ensuring full performance.

Update: Google tells us the slowdown after 15GB cutoff drops you to 256Kbps. That's usable for basic tasks, but you definitely won't be streaming Netflix at that speed.

In this article: carrier, gear, google, mobile, projectfi, smartphone, sprint, t-mobile, throttling, wireless
All products recommended by Engadget are selected by our editorial team, independent of our parent company. Some of our stories include affiliate links. If you buy something through one of these links, we may earn an affiliate commission.