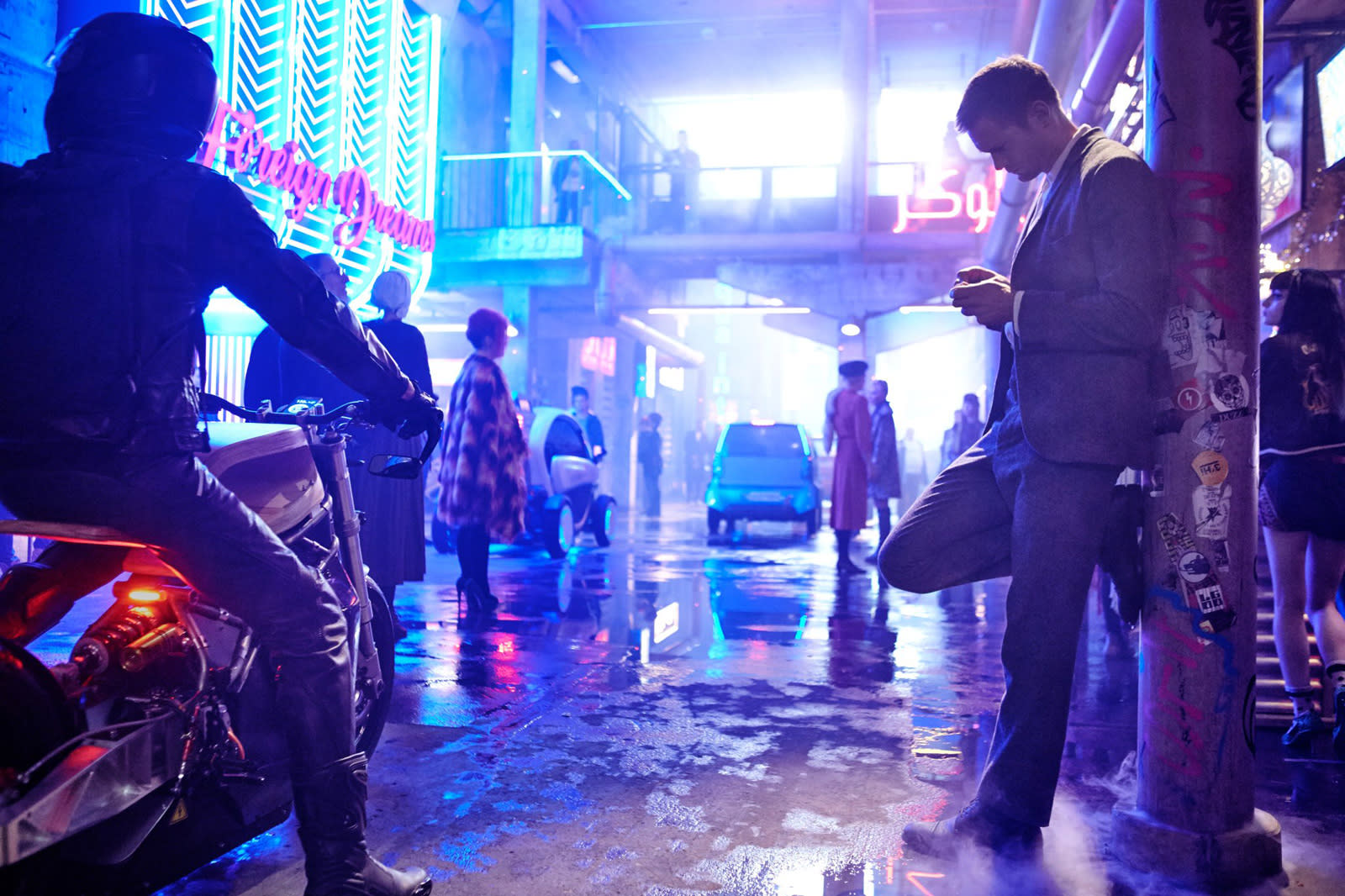 Duncan Jones' next movie won't be coming to theaters -- it's going straight to streaming. The Moon and Warcraft director has revealed that his long-in-the-making sci-fi film noire, Mute, will premiere on Netflix February 23rd. The movie is set in a future Berlin where a mute bartender (played by Alexander Skarsgård) has to trust a pair of American surgeons (led by Paul Rudd) as he tracks down a disappeared woman. Justin Theroux also stars. There's no trailer yet, but in many ways the effort taken to release the movie is the hook -- Netflix is giving Jones a chance that might not have come up through conventional formats.

As Jones noted, Mute is his "Don Quixote." It was supposed to be his first movie (he had a first draft in 2003), but it got pushed back for a number of reasons. Sam Rockwell was supposed to play a role, but Jones' insistence on different casting led him to write Moon to give Rockwell a lead (Mute is a sort of spiritual follow-up to Moon). And after that, it "kept being pushed back to the back burner" -- Source Code, the cancers of his dad (David Bowie) and wife, and other factors led him to sideline the movie and try for a Mute graphic novel that itself didn't pan out.

Netflix was, effectively, Jones' savior. He described it as an avenue for making movies that creators are "passionate about," rather than"homogenous blobs" intended to cater to absolutely everybody. The internet giant thrives on niche productions, and was willing to take a chance. It certainly helps that Jones is an accomplished filmmaker who can bring well-known actors to his work, but it's clear that Mute's odds of release wouldn't as been as high if Jones had pushed for conventional distribution.

Netflix clearly has reasons to be optimistic about Mute's success. The streaming giant has been making a big push into exclusive movies with top-notch talent, and that strategy has already paid off with the success of Bright. It doesn't always need blockbuster viewership -- it just needs enough interest to recoup its investment and draw in would-be subscribers. Should Mute be even modestly popular, it could also attract other directors who feel that theatrical releases have too many creative and financial hurdles.

Out on Netflix February 23.

Got there in the end! pic.twitter.com/rmCE65ghcN

In this article: duncanjones, entertainment, internet, movie, movies, mute, netflix, sci-fi, sciencefiction, services, streaming
All products recommended by Engadget are selected by our editorial team, independent of our parent company. Some of our stories include affiliate links. If you buy something through one of these links, we may earn an affiliate commission.