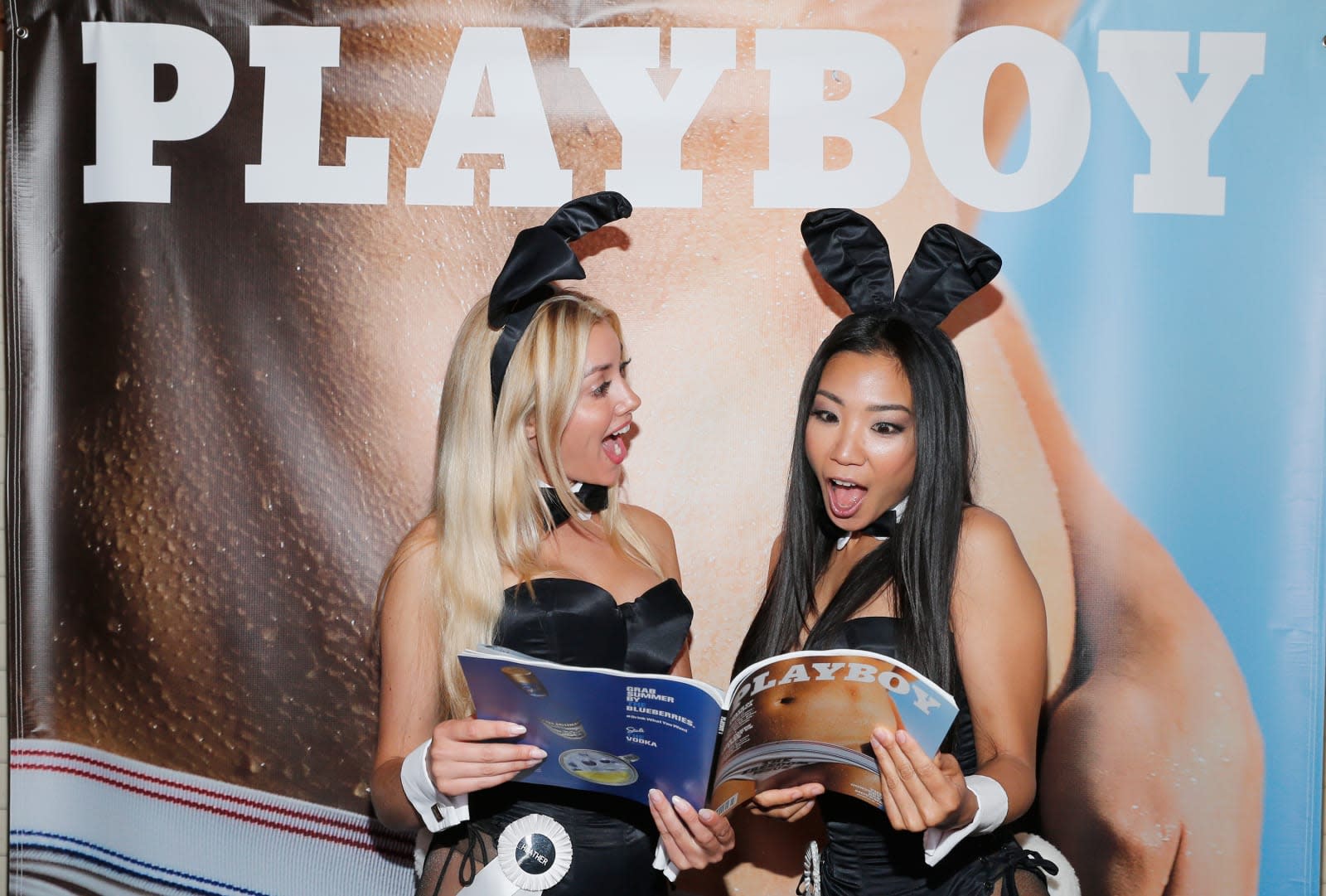 Playboy has filed a lawsuit against Boing Boing, accusing the offbeat news blog of copyright infringement for linking to an Imgur gallery and a YouTube video that showed every Playmate centerfold. Boing Boing wasn't involved in the creation of the gallery and the video at all -- it simply reported upon the archive's existence. In its post announcing that it has filed a motion to dismiss, the publication called the case "baseless" and "bizarre." Linking is common practice among blogs and major media outlets alike, after all, and it's one of the most basic methods people use to exchange information online.

"Boing Boing's reporting and commenting on the Playboy photos is protected by copyright's fair use doctrine. We're asking the court to dismiss this deeply flawed lawsuit. Journalists, scientists, researchers, and everyday people on the web have the right to link to material, even copyrighted material, without having to worry about getting sued."

If Playboy wins this case, it will have huge implications for every single outlet that has ever linked out to other people's content. That's almost everyone that publishes online. Boing Boing contends that by going after the publication instead of the people who created the archives, Playboy isn't actually protecting its property: it's looking to change the legal system so that wealthy companies and individuals can "shut down media organizations that displease them."

"The world can't afford a judgment against us in this case -- it would end the web as we know it, threatening everyone who publishes online, from us five weirdos in our basements to multimillion-dollar, globe-spanning publishing empires like Playboy."

Perhaps Playboy felt confident enough to file this lawsuit because its Dutch publisher Sanoma won its case against commercial media site GeenStijl back in 2016. Sanoma sued the website for posting hyperlinks containing Playboy-owned photos of a TV celebrity. The magazine claimed GeenStijl earned unfair profits from the links, and the European Union's top court sided with it.

Still, courts had sided with defendants in a lot of other cases involving hyperlinks, ruling that linking to content you don't own doesn't infringe on the owner's copyright. Clearly, the EU court didn't think the same when it tried GeenStijl's case, so it's not hard to imagine the possibility of Boing Boing failing to convince California's district court to drop the lawsuit. We'll just have to wait and see how this case unfolds.

In this article: boingboing, gear, internet, lawsuit, link, playboy
All products recommended by Engadget are selected by our editorial team, independent of our parent company. Some of our stories include affiliate links. If you buy something through one of these links, we may earn an affiliate commission.